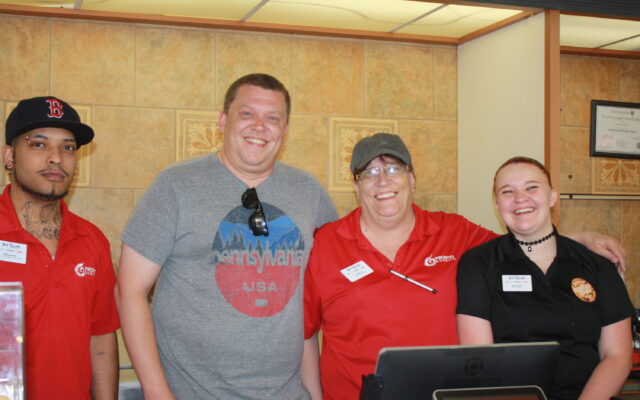 Melissa Lizotte • June 3, 2021
Despite COVID-related setbacks, Pronto Burrito owner Jasper Ieronimo is optimistic that people are ready to eat out again and enjoy a variety of food styles, and he plans to give them more to like.

PRESQUE ISLE, Maine — Despite COVID-related setbacks, Pronto Burrito owner Jasper Ieronimo is optimistic that people are ready to eat out again and enjoy a variety of food styles, and he plans to give them more to like.

Since his restaurant in the Aroostook Centre Mall reopened in March, he has seen a steady increase in people at the food court. But now that Maine has lifted its mask and social distancing mandates, he said, the pace of business has picked up considerably.

“I want to say that we’re still down 50 percent compared to before the pandemic was bad in Aroostook, but now we’re seeing a big spike in people coming,” Ieronimo said. “We’re seeing an increase in people day by day.”

Ieronomo has plans to bring more variety to the food court, including cuisine and dessert options, as life returns to somewhat normal after the COVID-19 pandemic.

When COVID cases began increasing exponentially in Aroostook last fall, Ieronimo closed the mall location of Pronto Burrito in November. He also closed the Caribou location on 118 Bennett Drive and put plans for a Van Buren location on hold.

Currently, plans for the Caribou and Van Buren locations of Pronto Burrito are on hold until the U.S.-Canadian border reopens and results in more traffic to those areas. Ieronimo will spend the next couple of years trying to open more County locations before setting his sights on expansions to other areas of Maine.

But the paused plans have not stopped Ieronimo from seeking to fill all remaining empty spaces in the Presque Isle mall’s food court, and thus bringing more jobs to local people.

Within the next week, Ieronimo plans to open Gambino Brothers Pizza in the same spot as Pronto Burrito. The pizzas will feature fresh toppings, sauce and cheese that are similar to New York-style pizzas.

“It will have a much more bold flavor,” Ieronimo said, about what will make Gambino pizzas stand out. 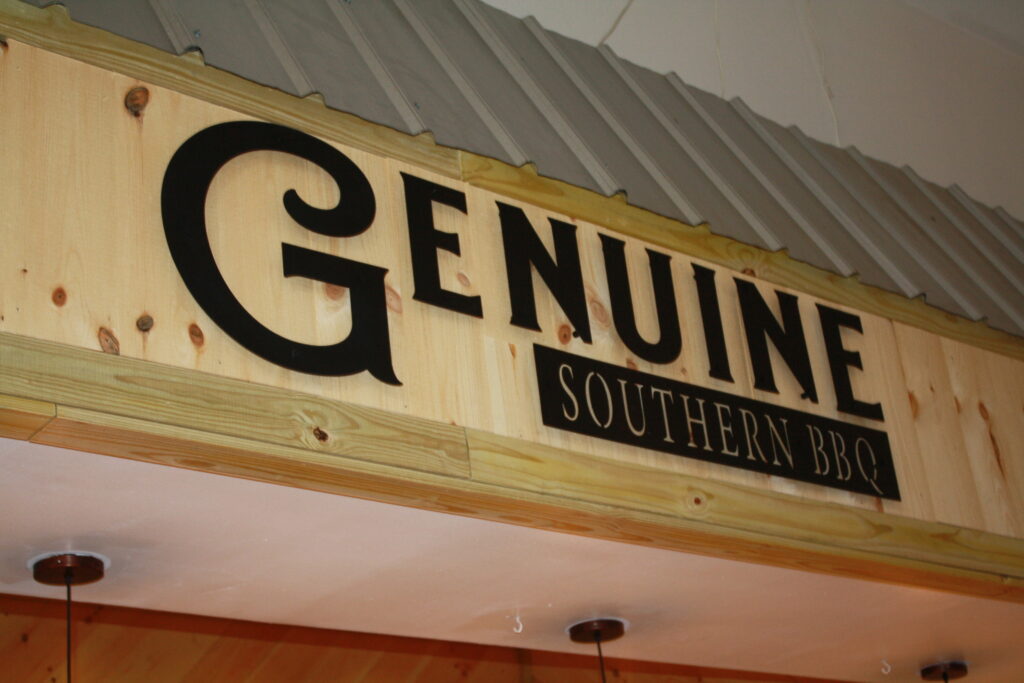 Opening in late summer, Genuine Southern BBQ will be the latest eatery in the Aroostook Cenre Mall owned by Jasper Ieronimo, currently the owner of Pronto Burrito. (Melissa Lizotte | The Star Herald)

Later this summer, he will open Genuine Southern BBQ in the former Coca-Cola Corner. Adjacent to the main food court area, Genuine will feature Southern-style barbecue dishes such as smoked brisket and pulled pork.

Offering local people food that one might not expect in Aroostook County is part of Ieronimo’s strategy.

“That’s why we always go to Bangor or Portland,” Ieronimo said. “But I don’t want to complain [about the lack of diverse foods]; I want to bring different foods up here. County people deserve it.”

Currently, Pronto Burrito employs 19 full-time staff members and one part-time employee. By the end of the summer, Ieronimo expects all three mall businesses to employ at least 45 people, most of whom will be full time.

To Ieronimo, the Aroostook Centre Mall is one of those County places that deserves a second chance. As more food options come to the mall, he hopes that the increased foot traffic will lead to more business owners opening stores.

Ieronimo credits the mall’s management team with being open to new ideas and willing to work with business owners. He speculated the future of the now 28-year-old building could depend on a robust lineup of locally owned businesses and eateries.

“If we’re going to save the mall, The County has to be the one to do it. We can’t rely on big-box retail stores anymore,” Ieronimo said.

Members of the Houlton Band of Maliseets will head to the ballot box in order to determine who will be elected as their new tribal chief.
Pets END_OF_DOCUMENT_TOKEN_TO_BE_REPLACED