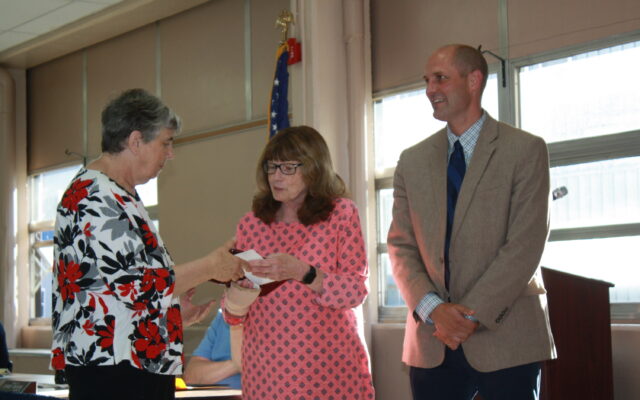 Melissa Lizotte • June 10, 2021
SAD 1 school board and community members approved the 2021-2022 fiscal year budget and paid tribute to nearly a dozen retiring employees during their most recent meeting Wednesday.

PRESQUE ISLE, Maine — SAD 1 school board and community members approved the 2021-2022 fiscal year budget and paid tribute to nearly a dozen retiring employees during their most recent meeting Wednesday.

The board and an audience of 26 attendees unanimously approved all articles within the $26.5 million budget during the district budget meeting. Each article describes how that total budget will spend on regular instruction, special education, career and technical education, transportation, technology and various other district-related expenses.

As in past meetings, Superintendent Ben Greenlaw emphasized that the budget, although including a 2.3 percent increase over last year, will not result in an increase to education-related property taxes.

Like many other local districts, SAD 1 approved an article that will allow the district to adjust the budget if the Maine Legislature passes Gov. Janet Mills’ proposed 55 percent funding for education in the state.

That article allows the school board to increase school-related expenses, increase the allocation to a reserve fund and/or use the increased state funds to lower the local cost for property taxpayers.

Residents of all five district communities — Presque Isle, Westfield, Mapleton, Chapman and Castle Hill — will vote on the budget referendum at their respective town offices on Tuesday, June 22. 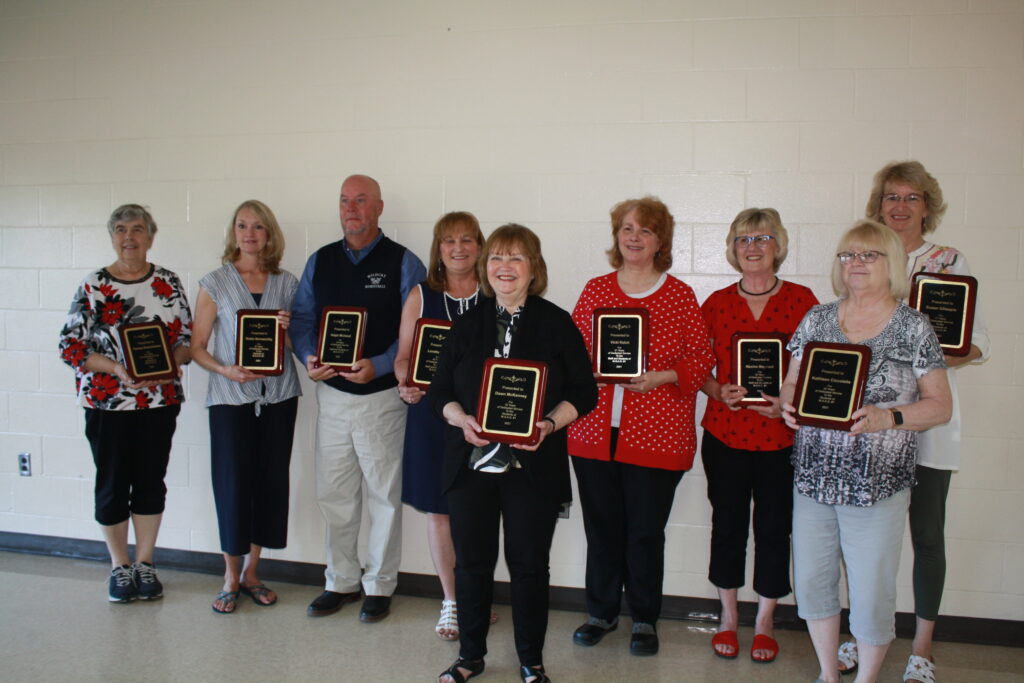 Prior to the budget meeting, the school board held its regularly scheduled meeting, during which several school principals acknowledged the contributions of 11 retiring district employees. All retirees received an award plaque and a gift certificate to the SAD 1 School Farm Store as a token of appreciation. Their combined time with the district totals 330 years of service.

Dan Duprey, principal of Mapleton Elementary School, spoke about outgoing physical education teacher and assistant principal Ralph Michaud. Throughout his 33 years at SAD 1, Michaud has coached state championship teams in basketball and soccer. He has served as Mapleton’s physical education instructor for the past 13 years and plans to still be a coach after retirement.

“The kids [at Mapleton] were always excited to go to PE because Ralph created a safe, supportive environment. They worked hard and did their best every day to impress him,” Duprey said. “He has easily become the most popular guy at Mapleton Elementary.” 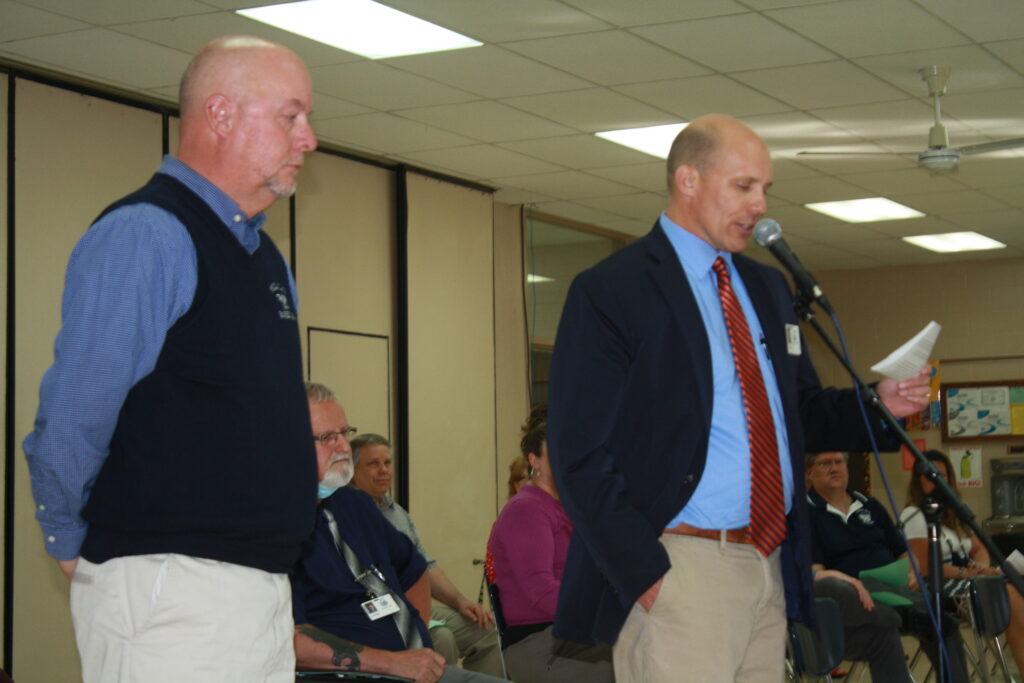 Hallett recalled visiting Norsworthy’s classroom many times over the years and being impressed by how engaged her students were regardless of the subject she was teaching. Her students, he said, were never afraid to ask for help and always encouraged to try their best.

“John Steinbeck once said, ‘I have come to believe that a great teacher is a great artist and that there are as few as there are any other great artists. Teaching might even be the greatest of the arts since the medium is the human mind and spirit,'” Hallett said. “Robin is one of the greatest artists in the teaching profession and we’re going to miss seeing her artistry on display at Zippel.”

Presque Isle High School principal David Bartlett paid tribute to librarian Maxine Maynard, who served in her position for the last 42 years. He recalled seeing Maynard’s warm, friendly demeanor when he was a freshman student at Presque Isle and said her service to students and colleagues has been “second to none.”

Bartlett also recognized special education ed tech Rita Rogers, who was unable to attend the board meeting, calling her “a great friend to her co-workers.”

Though Gillespie retired at the end of the previous school year and now lives in coastal Maine, she traveled back to Presque Isle to visit colleagues. Clark recalled fondly how Gillespie, who is originally from England, often hosted tea parties with students and helped them put on special celebrations for the Britain royal weddings.

Summerson, who served the district in various teaching roles for 41 years, started as one of the original “Gouldville teachers” at the former Gouldville Elementary School in Presque Isle.

“As a reading teacher, Teresa dedicated herself to teaching students to love reading and learning,” Clark said. “She provided us with endless laughter and always brought a fresh supply of homemade cookies to the staff room. She will not be easy to replace.”

Clark herself is retiring after a 40-year career with the district, which included time as an elementary teacher, a founding teacher and administrator of the district’s pre-K program and director of the Early Childhood Education program at Presque Isle High School. She has been the principal of Pine Street for the last 13 years.

“When I was a principal [at PIHS], I always felt that Loretta set the standard for excellence,” Greenlaw said. “It’s hard not to imagine her at Pine Street because to me she is the face of Pine Street.”

Members of the Houlton Band of Maliseets will head to the ballot box in order to determine who will be elected as their new tribal chief.
Pets END_OF_DOCUMENT_TOKEN_TO_BE_REPLACED
21 hours ago