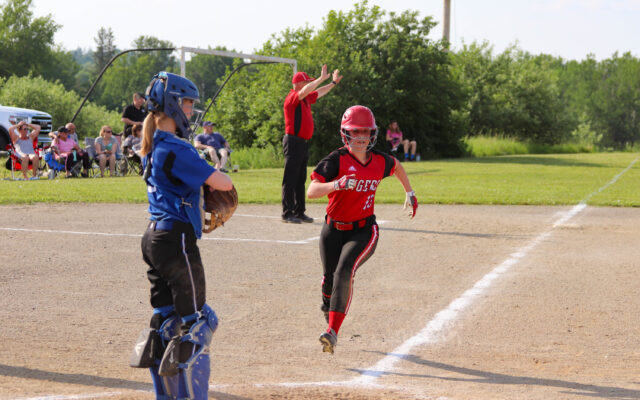 Alexander MacDougall • June 10, 2021
Not to be outdone by the Hodgdon boys baseball win over Fort Fairfield earlier in the day, Hodgdon’s girls softball team logged an impressive victory of their own.

HODGDON, Maine — Not to be outdone by the Hodgdon boys baseball win over Fort Fairfield earlier in the day, Hodgdon’s girls softball team logged an impressive victory of their own.

The Hawks defeated visiting Fort Fairfield by a score of 28-8.

In addition to Matheson’s scoring contributions at the plate, Coach Mark Faulkingham also praised her play at the catcher position, on a day where temperatures had reached into the 90s with plenty of humidity.

“Huge shout out to backstop Aleyah Matheson for a tremendous job behind the dish on such a hot day, “ said Faulkingham. “It was a super day for the Hodgdon softball program, with many more to follow. Our families and community truly supported the girls not only today, but throughout the season.”

For Fort Fairfield, scoring was done by Kourtney West, who had two hits and two runs scored, and Camryn Ala, who scored two runs after reaching base on two separate walks. 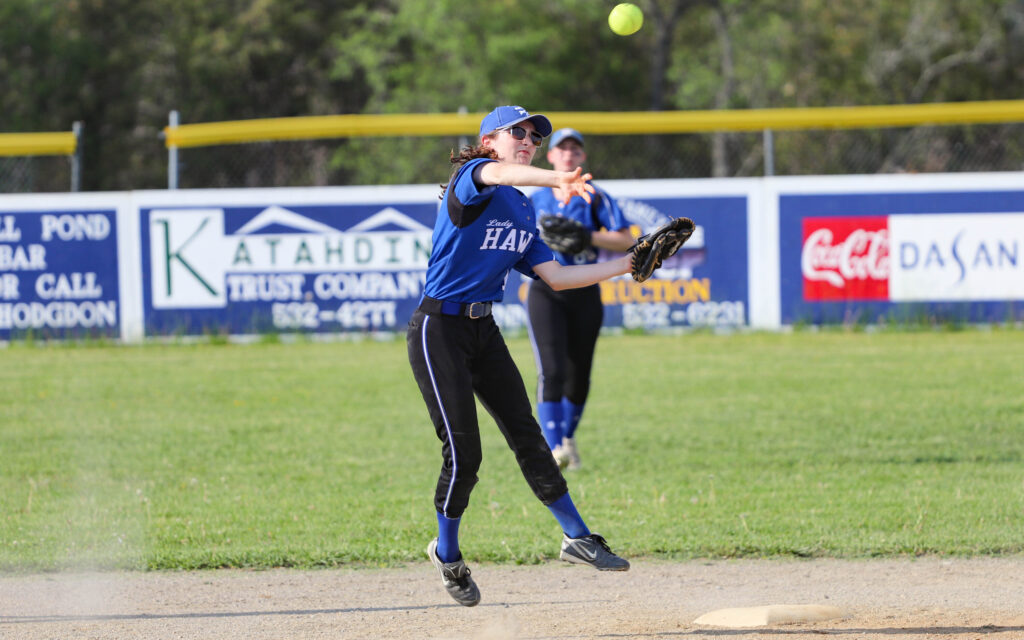 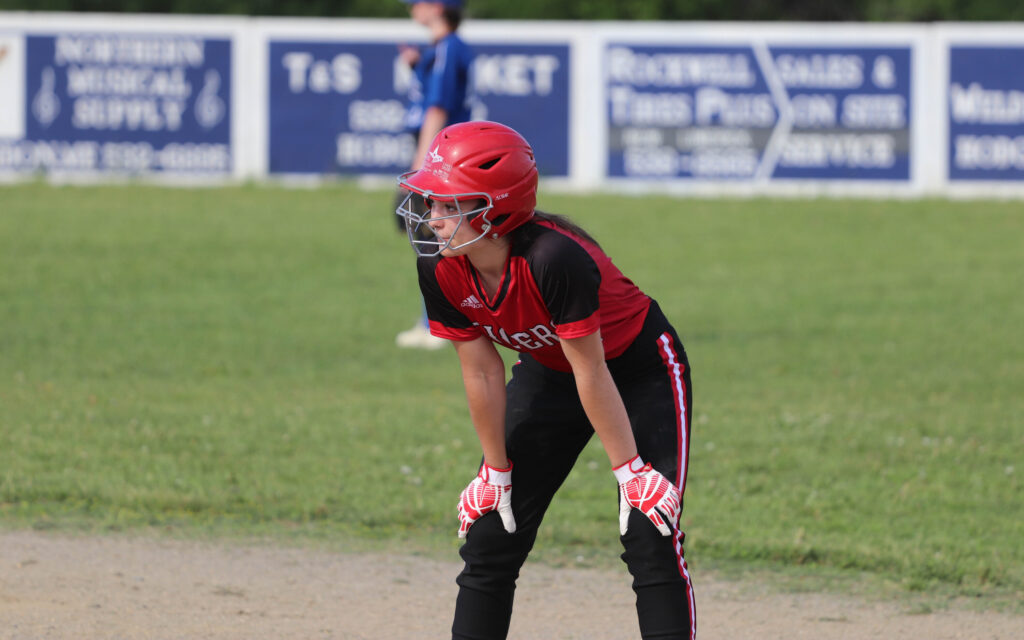 Fort Fairfield’s Brenna Levasseur stands on first base during the team’s matchup against Hodgdon on June 8. (Alexander MacDougall)

Members of the Houlton Band of Maliseets will head to the ballot box in order to determine who will be elected as their new tribal chief.
Pets END_OF_DOCUMENT_TOKEN_TO_BE_REPLACED