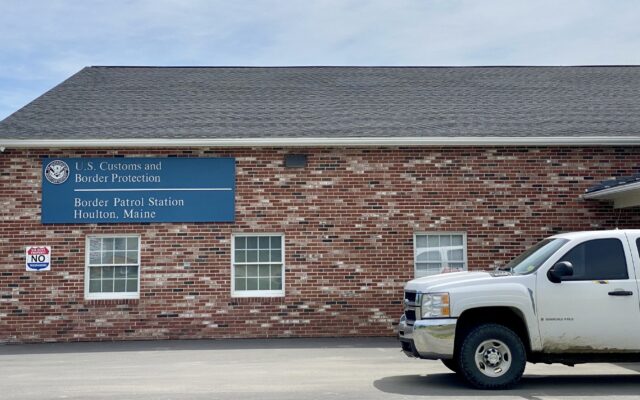 Meetings will begin on Monday, July 26.  Explorer Post 1820 is one of 40 Explorer Post stations across the country, and is partnered with Boy Scouts of America.

“They get to do some pretty amazing things,” said Jodi Williams, the deputy patrol agent in charge of the Houlton station. “It’s not just basic life skills, but even headed to college or military or law enforcement careers, it gives them a good base and foundation.”

Post 1820 is in its fifth year now, and has previously undertaken trips to Mt. Katahdin and Washington, D.C., for Police Week. In 2019, explorer C.J. Violette of Post 1820 was named National Border Patrol Explorer of the Year. The students also volunteer locally, such as harvesting food for the Friends of Aroostook food pantry.

There are two levels of training. Participants at the basic level learn about the history of the Border Patrol, ethics of law enforcement, and certification for CPR and first aid. In advanced training, students learn about marine and cold weather operations and vehicle maintenance.

Any of the post explorers who wish to have a career in the Border Patrol also have a leg up when they turn 18 and become eligible to join, according to Williams, who compared it to the Reserve Officers Training Corps, or ROTC, for the U.S. military.

“Instead of just coming off the street, or college or high school, they’ve got an extra notch out,” Williams said. “It’s almost like an ROTC where they can get credits towards their service.”

While the program has seen success in the past, with siblings of former members joining, activities had been suspended recently due to the COVID-19 pandemic. Williams wants people to know the program is back on. The program meets twice a month and is supervised by around seven explorer advisors.

“It’s a lot to ask of them [the students], because they’re putting a lot of time on their Saturdays and evenings after school, a lot of them have sports, school and homework to deal with,” said Williams. “That’s why we want a good, dedicated, focused group of students.”

Members of the Houlton Band of Maliseets will head to the ballot box in order to determine who will be elected as their new tribal chief.
Pets END_OF_DOCUMENT_TOKEN_TO_BE_REPLACED