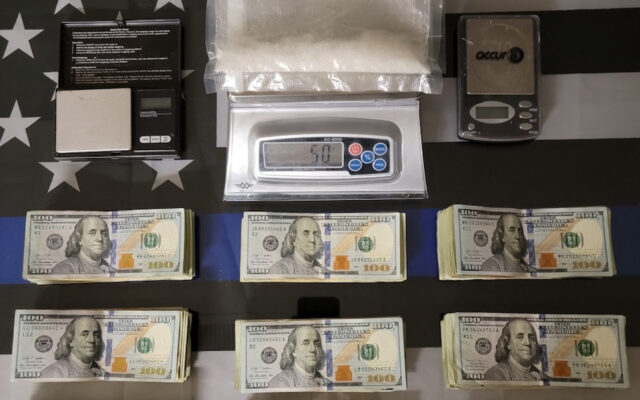 Houlton man arrested for trafficking after police find meth and $18,000 in vehicle

Alexander MacDougall • September 24, 2021
A Houlton man has been arrested on drug trafficking charges after police seized 50 grams of methamphetamine and more than $18,000 in cash.

HOULTON, Maine — A Houlton man has been arrested on drug trafficking charges after police seized 50 grams of methamphetamine and more than $18,000 in cash.

Derek Nickerson, 36, of Houlton was arrested Aug 18 and charged with trafficking in Schedule W drugs, assault on an officer, refusal to submit to arrest, falsifying physical evidence and violations of conditions of release, the Houlton Police Department reported on Sept. 23.

At around 9 p.m. on Aug. 18, Houlton Police Sgt. Travis Smith noted Nickerson’s vehicle operating erratically at a traffic stop on Main Street. Smith saw signs of drug use in the vehicle and described Nickerson as uncooperative, refusing commands and attempting to hide evidence, police said.

Nickerson allegedly lunged at Smith and both fell to the ground, but Smith was subdued by a taser, police said. A vehicle search revealed 50 grams of methamphetamine and about $18,106 in cash, which police seized.

The department did not report the incident until Thursday due to the continuing investigation, Houlton Police Chief Tim DeLuca said.

Nickerson was transported to the Aroostook County Jail upon his arrest. He has since been released on bail.

For the first time since 2019, there is competition for open seats on the Houlton Town Council
Pets END_OF_DOCUMENT_TOKEN_TO_BE_REPLACED

We hope everyone enjoyed a wonderful holiday season and is looking forward to the new year.  December was a busy month at the Central Aroostook Humane Society with so many people and businesses bringing in much-needed supplies and monetary donations, which help us to take care of the special temporary pets in our care.
What's Happening This Week END_OF_DOCUMENT_TOKEN_TO_BE_REPLACED