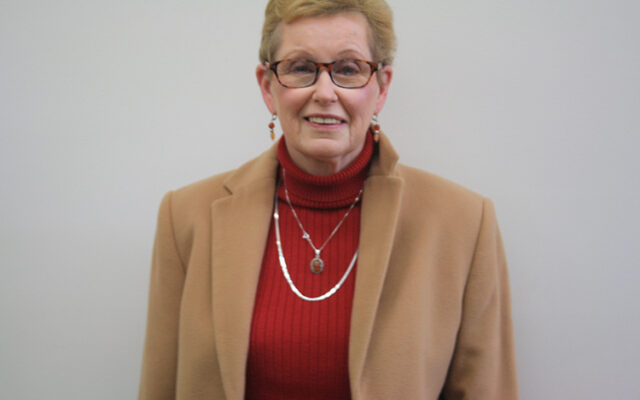 Both Michele Lovell of Presque Isle and Sandra Saunders of Hammond Plantation have dealt with the diagnosis, and both are grateful for all the positives in their lives.

After being cancer free for a year and a half, Lovell knows her story might have ended differently if not for the persistence and support of her closest family and friends.

“I’ve been blessed in more ways than one,” Lovell said. “I wake up every morning and thank God that I can live another day.” 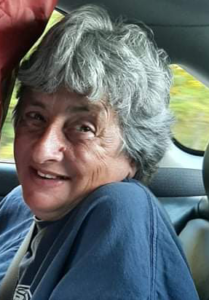 Michelle Lovell, who is now cancer free, credits the support of family and friends for helping her survive breast cancer. (Courtesy of Michelle Lovell)

In 2018, at age 52, Lovell was diagnosed with Stage 3 breast cancer. Though she had been seeing a lump on her left breast grow long before, fear and denial kept her from seeking a medical screening.

For months at a time, Lovell attended chemotherapy sessions at Northern Light A.R. Gould Hospital. During her second round, she lost her hair and dealt with both the physical and emotional fatigue that follows the treatments. She later completed radiation but found herself needing a mastectomy of her left breast when the cancer persisted.

Throughout the ordeal, Lovell relied on family and friends closest to her, including her sister, aunt, uncle and cousins. She said her sister, Doreen Lovell, was especially supportive as she made the difficult choice to confront her cancer diagnosis.

“I’ve had amazing people around me who have kept things positive,” Lord said. “They’ve taught me that I need to listen to my body and not run away from a problem when I see one.”

Like Lord, Saunders understands more than ever the importance of detecting cancer early.

In 2017, she discovered a lump on one of her breasts. At first she opted not to seek medical advice in order to care for her husband, David Saunders, who passed away the following year.

But when the lump continued growing, Saunders, who was 66 at the time, got screened and was later diagnosed with breast cancer. Her diagnosis became Stage 4 after a hip surgery in Bangor showed the cancer had spread to her hips.

Since then, Saunders has kept the cancer at bay through hormone therapy and regular checkups at A.R. Gould’s Cancer Care. Though she is not cancer free, Saunders finds herself feeling grateful for the chance to still do what makes her happy.

“I still live on the farm. I have two horses that I feed every morning and 58 acres to take care of. I have a job I go to two days a week,” Saunders said. “You can’t just dwell on [cancer]. Do what the doctors tell you, but keep busy and live your life.”

During the pandemic, Saunders has found herself feeling more lonely and isolated from family, many of whom live in New Brunswick, separated by a still-closed border. But she has embraced the opportunity to take long walks outside and remain active and resilient in fighting breast cancer.

Most of all, Saunders wants other women to understand the importance of early cancer detection. Though her story could have turned out much worse, she has always wished she would have sought help sooner.

Members of the Houlton Band of Maliseets will head to the ballot box in order to determine who will be elected as their new tribal chief.
Pets END_OF_DOCUMENT_TOKEN_TO_BE_REPLACED