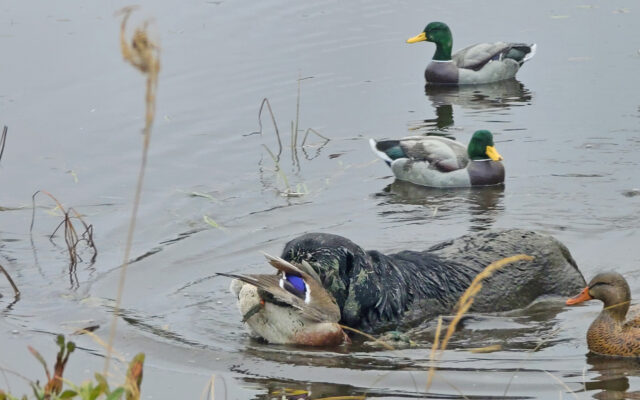 Bill Graves, Special to The County • October 12, 2021
Most outdoorsmen have a favorite sport. Fishing, biking, canoeing, hunting, kayaking, photography, bird watching, and other endeavors all have a following between mud season and winter. October is a special time, however; it’s the heart of hunting season throughout Maine, but especially here in Aroostook County.

Most outdoorsmen have a favorite sport. Fishing, biking, canoeing, hunting, kayaking, photography, bird watching, and other endeavors all have a following between mud season and winter. October is a special time, however; it’s the heart of hunting season throughout Maine, but especially here in Aroostook County.

Most shooters have a favorite season or quarry, but outdoor options have changed notably over the last decade or two and now it can be a quandary as to what, where, when and how to hunt. If you check closely, there are actually 10 hunting seasons this month and a handful of late-season fishing opportunities as well.

Whitetail deer hunting is the most popular big game outing in North America, and here in the Pine Tree State, Aroostook County especially, most sportsmen wait all year to bag a buck. While November is prime time for rifle hunting, a lot of hunters hit the fields and forests this month with bow or crossbow in hand. Archery season seems to gain popularity yearly, and the new regulations allowing crossbow use as well as bonus deer permits in several zones will increase participation further.

Here in Maine, even as popular as deer hunting is, another quarry garners far more interest and gunning participation from both genders and a far wider age range. Ol’ Pat, formerly called ruffed grouse, draw hunters far and wide for a longer season that runs clear into December. There’s more action, a larger limit, and hunting closer to home in urban edge farm country; and my personal taste rates partridge meat over venison every time.

Speaking of wildfowl, shotgunners can enjoy hunting Maine’s smallest and largest gamebird this month, both on the same day if you choose. Woodcock season has always been an October season and it’s a perfect time to beat the brush for “timberdoodle” since it’s the peak of their migration from Canada, through Maine and on south to warmer weather. A well-trained, keen-nosed pointer or setter is a great asset to locate and hold birds tight in thick cover, but a pair or trio of gunners using stop-and-go tactics can also flush a lot of woodcock. Perseverance is of prime importance since a cover might only hold three or four birds one day and over a dozen a couple of days later when a flight arrives to stop, rest and feed. 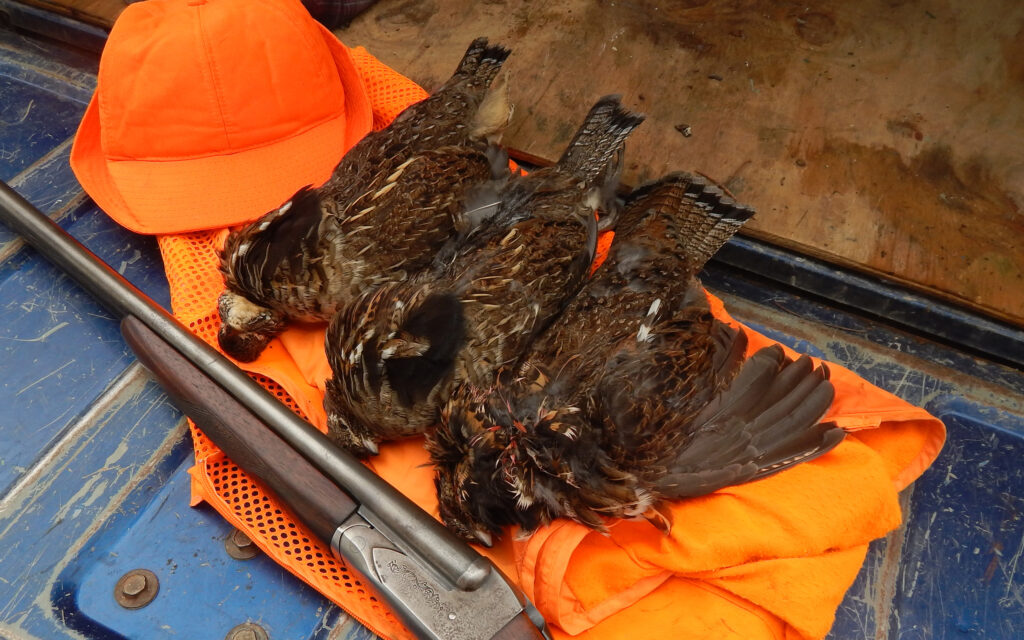 Partridge hunting is in full swing right now and runs clear into December. These tasty upland birds are the most sought-out game species in Maine. (Courtesy of Bill Graves)

The autumn wild turkey season is only a couple of years old, and hunting is only legal in zone 6 so far. On the plus side, there are a lot of flocks all across the area and hunting pressure is fairly light since most hunters are still concentrating on partridge and waterfowl. It’s legal to shoot a bird of either sex and any size and there’s no need to register your fall turkey. The season ends on Nov. 6 and bows and crossbows may be used as well as shotguns to bag a bird.

Using hen decoys during the spring hunt along with appropriate calling when it’s mating season is very effective, but fall hunts require different tactics. Place one or two jake decoys and a tom in a field near a roosting area, then use a mouth call or electronic call to simulate a fight for dominance. Usually other males will hurry to investigate. It’s also productive to scout and locate a favorite feed field, then set up near an approach or exit trail early morning or mid-afternoon to ambush hungry gobblers on the move.

Aroostook County is a part of Maine’s north zone for seasons on migratory waterfowl. We enjoy duck and goose gunning for over two months, both ending in early December. Some years early snow cover and very cold weather may freeze waterways and blanket food plots, sending birds winging south sooner than we would like. For the last couple of years, however, global warming has worked in the hunters’ favor, prolonging the seasons, and even when ponds and lakes iced in, the ducks and geese just moved to the rivers flowing nearby for roost water.

Of course several week-long moose seasons begin the last week of September and run through the end of October in zones 1 through 6, the Aroostook region. Permit numbers were increased for this year’s lottery and hunters may choose to drive and spot, stalk and spot in the woods or select a likely area and attempt to call a moose into gun or bow range. For most it’s the hunt of a lifetime, yielding great memories and lots of delicious meat for the freezer.

While black bear hunting over bait concluded Sept. 25, taking a bruin with dogs or a snare set-up will remain legal during October. The general bear hunting season with normal spot and stalk big game guidelines will run until Nov. 27. Most bear shot over the next couple of months will be incidental, with a hunter actually out in pursuit of deer, moose or other game.

Other options available run more to small game animals, but some attract a good-sized contingent of hunters. Included in the group of quarry this month are fox, coyote, rabbit, raccoon and gray squirrel. Since Sunday hunting is still not allowed in Maine, what better day to float a boat or canoe, cast a fly or lure and enjoy the colors and aroma of autumn. Late-season fishing can be excellent as trout and salmon are spawning and very aggressive, and cooler water ups the activity level of bass, muskie and several other species. Most waters are artificial lures only and catch and release this time of year, but the fish are plentiful and other fishermen sparse.

The only problem with our October odyssey is that with so many options, the month is too short and the days too few.

Members of the Houlton Band of Maliseets will head to the ballot box in order to determine who will be elected as their new tribal chief.
Pets END_OF_DOCUMENT_TOKEN_TO_BE_REPLACED