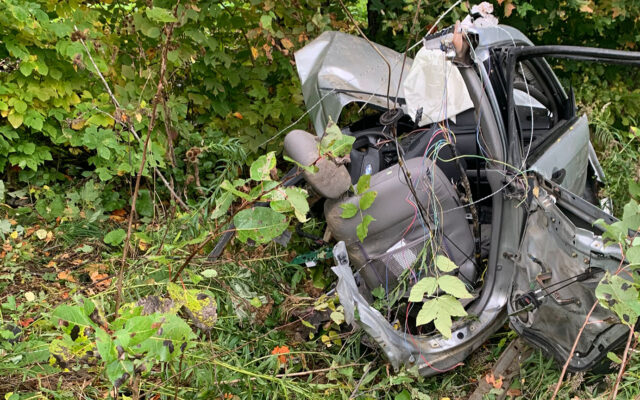 Alexander MacDougall • October 14, 2021
A 17-year-old was killed in a single-vehicle car crash along Drew’s Road in New Limerick, according to the Aroostook County Sheriff’s Office.

NEW LIMERICK, Maine — A 17-year-old was killed in a single-vehicle car crash along Drew’s Road in New Limerick, according to the Aroostook County Sheriff’s Office.

According to the sheriff’s office, the crash occurred on Oct. 2 at around 7:30 a.m. The car, a 2004 Subaru Forester, was driving northward when it crested over a hill and went off the road, striking a tree.

The teenage driver, identified only by the sheriff’s office as being from Linneus and the sole occupant of the vehicle, was ejected from the motor vehicle and was pronounced dead at the scene. The driver was not wearing a seatbelt.

A high speed of the vehicle and alcohol consumption are believed to be factors in the accident, although Commander Joey Seeley said Thursday, Oct. 14, that the cause of death has yet to be truly determined.

The case is being primarily investigated by Deputy Richard York of the Aroostook County Sheriff’s Office and assisted by Deputy Stewart Kennedy. Anyone with additional information regarding the case is encouraged to reach out to the sheriff’s office at 207-532-3471.

For the first time since 2019, there is competition for open seats on the Houlton Town Council
Pets END_OF_DOCUMENT_TOKEN_TO_BE_REPLACED