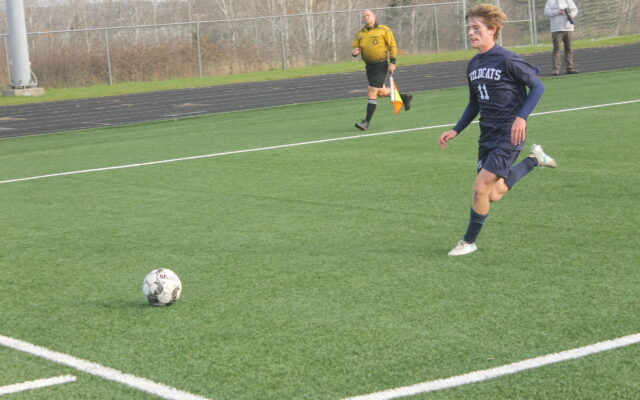 David DiMinno • October 31, 2021
The Presque Isle boys varsity soccer team suffered their first and last defeat of the season after the No. 1 Wildcats fell 2-1 to the No. 4 Crusaders in the Class B North semifinal.

PRESQUE ISLE, Maine — The Presque Isle boys varsity soccer team suffered their first and last defeat of the season after the No. 1 Wildcats fell 2-1 to the No. 4 Crusaders in the Class B North semifinal.

The beginning of the game was concentrated in the middle of the pitch. Both teams demonstrated excellent control of the ball.

However, the Crusaders managed to pull ahead first when Kyle Sidaway got the first goal for John Bapst, with an assist by Ellis Columber at 16:10.

From there, both teams continued on the offensive, with the Crusaders managing to hold strong in the first half.

The situation was looking dire but in the second half, Presque Isle tied up the game with a goal from Ethan Shaw at 3:59, putting the pressure back on the Crusaders.

The tie didn’t last long. The Crusaders quickly pushed back, scoring a late game goal by Hunter Clukey at 2:14.

While the Wildcats quickly tried to retaliate, the Crusaders held firm, and prevented the game from going into overtime, eliminating the previously undefeated Wildcats. 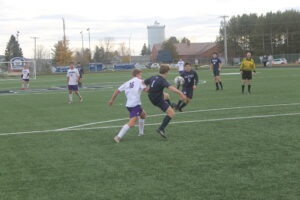 “I think our boys came out and executed really well,” said John Bapst Head Coach Jason Pangburn. “We had a great team effort. We knew they were very dangerous with the long throw-ins, and we were able to play some good defense against them.”

With this victory, John Bapst moves on to the Class B North regional finals on Nov. 3 at Hampden Academy. 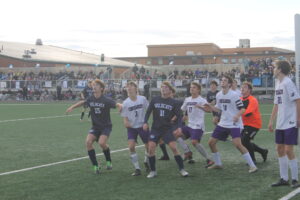 For the first time since 2019, there is competition for open seats on the Houlton Town Council

5 candidates vying for seats on RSU 29 school board

Interest in serving on the RSU 29 school board appears to be at an all-time high as five candidates are seeking to fill three open seats on the board.
Pets END_OF_DOCUMENT_TOKEN_TO_BE_REPLACED