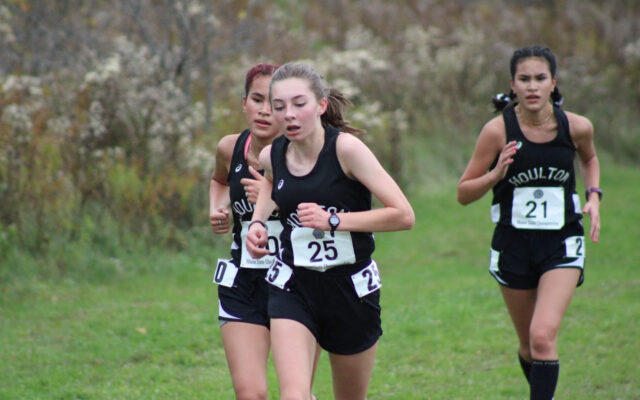 Joseph Cyr • November 1, 2021
The Houlton/GHCA cross country team capped off its breakout year with a strong showing at the State Class C Championships Saturday in Belfast.

BELFAST, Maine — The Houlton/GHCA cross country team capped off its breakout year with a strong showing at the State Class C Championships Saturday in Belfast.

“As a coach, that’s all I could ever ask for. We showed up and gave it our best and at the end of the day, it just wasn’t quite enough,” Rines said. “They all ran a race they can be proud of for the rest of their lives.”

Freshman Teanne Ewings was the top Shire runner, completing the course in 19 minutes, 3.87 seconds to place fourth overall out of 66 runners. Ewings placed seventh in the combined  results, earning a spot in the New England Championships. She is the first Shire in the program’s history to qualify for New Englands.

“For the most part Teanne has had pretty quiet races at the front, running alone in most cases,” the coach said. “Today, she had a race on her hands and she showed up big time. The southern Maine champ — Alexa Allen of Monmouth — gave (Ewings) a race she hasn’t seen all year and Teanne was able to come out on top placing fourth overall.”

“Our Nos. 2-6 runners all stuck tight together through the first two miles,” coach Rines said. “It was an amazing sight to see.”

Eventually, in the third mile, that pack dissipated slightly, and Ross broke away to catch some scoring runners ahead of her. Shire runners Isabella Ardell, Elena Ardell and Natalie Johnson all crossed the line within seconds of each other, and shortly thereafter Calli Sylvia crossed the line.

“This team of girls finished the season as one of the top teams in Maine regardless of class,” coach Rines said. “When the team scores were combined from Class A, B and C the Houlton girls placed seventh overall, just one place out from grabbing one of the at-large bids to New Englands.” 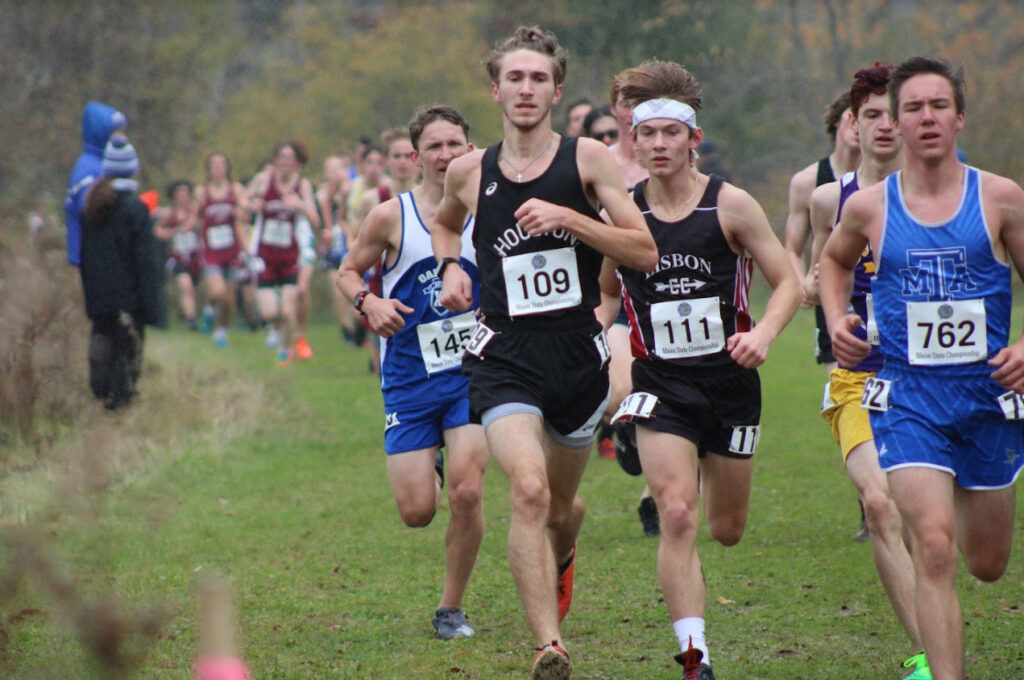 In the boys competition, Houlton senior Daniel Ross was the lone participant for the Shires and finished his senior year with the best race of his career. Ross placed fifth in Class C with a time of 17:16.69 — a personal best.

Ross missed out qualifying for the New England competition by a mere 0.75 seconds.

“Dan started his race off much more conservative than a week ago at the regional championship,” coach Rines said. “He chose to take a slower pace early on in favor of keeping his place and time in mind knowing a bid to the New England championships was looming.”

For the first time since 2019, there is competition for open seats on the Houlton Town Council
Pets END_OF_DOCUMENT_TOKEN_TO_BE_REPLACED