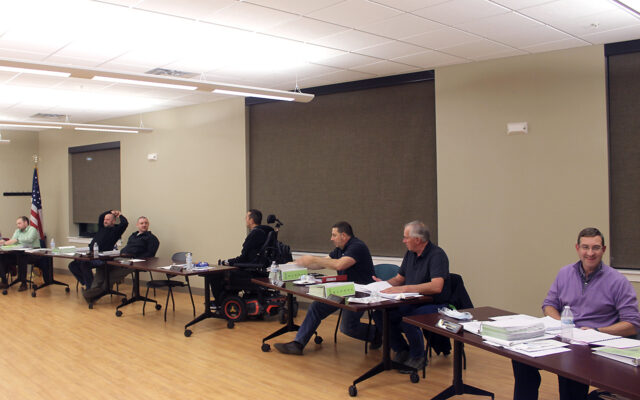 David DiMinno • November 7, 2021
Facility repairs, a new police cruiser and an ambulance are among budget items requested by city departments for 2022.

PRESQUE ISLE, Maine — Facility repairs, a new police cruiser and an ambulance are among budget items requested by city departments for 2022.

Presque Isle department heads came together at a Nov. 4 workshop to discuss more changes to the city’s proposed 2022 budget, which was last updated Nov. 2.

The previous workshop series occurred over three nights and resulted in some major changes to most budget proposals.

Among those requesting budget increases are the Police, Recreation and Parks and Fire departments, who are seeking funds for new vehicles, including police cruisers, a new club car and a new ambulance.

City Hall is looking to replace most of their phone lines, but needs to retain copper wiring in the elevators and 911 services for safety purposes.

The Forum has requested additional funds to replace the siding and insulation of the building, though the current propane heating measures have been installed. There were also requests made to help with paving in the front of the building to prevent fall hazards.

The Peace Park basketball court was recommended to be painted, and to have new hoops installed. New shade structures were also recommended for when the weather gets hot in the local parks.

Public works recommended funds for a new plow truck and equipment, with money also set aside for dam inspection and repair, should it be needed.

Economic and Community Development proposed funds for a city rebranding project, which will ask residents what Presque Isle means to them in an effort to draw more people to the city. They also wish to start using a new permitting software, as well as replacing the code enforcement truck.

Finally, the public safety building is in need of new flooring, which has proven to be a difficult task as the floor is not level.

These and other budget requests have not yet been finalized. The city council will hold one more budget workshop meeting on Thursday, Nov. 18.

The current version of the city budget can be found online on the city of Presque Isle website.

Next year's Caribou City Council will include a new member and a longtime councilor thanks to Tuesday's election.
Pets END_OF_DOCUMENT_TOKEN_TO_BE_REPLACED

Happy fall to you all.  It has been a super beautiful one so far. The harvest has gone well and the temperatures have remained warm, so enjoy these rare days because before long we will be into the winter months, and we all know what that means.
What's Happening This Week END_OF_DOCUMENT_TOKEN_TO_BE_REPLACED