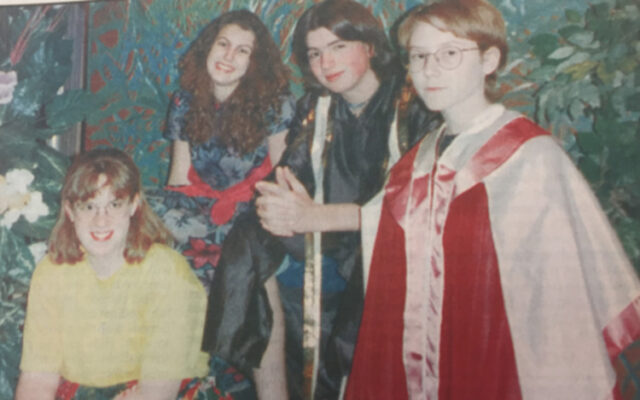 Beth Lacombe, Special to The County • November 24, 2021
100 Years Ago - Nov. 24, 1921 Merry performers  -- For six days a week the Houlton theatergoers had a chance to witness a rare treat. Bob Ott and his Merry Crew performed at the Temple Theater. There were many laughs and a great turnout for the show.

Merry performers  — For six days a week the Houlton theatergoers had a chance to witness a rare treat. Bob Ott and his Merry Crew performed at the Temple Theater. There were many laughs and a great turnout for the show.

High school theater — With the Heywood Theater at their command for the winter, the High School has an ambitious program planned for the entertainment of townspeople. The interior of the Opera House has been fixed up so it will hold a great number of people now.

Thanksgiving fair — The King Mitchell Post, VFW, is making plans for a Thanksgiving fair. There will be games, beano, refreshments and a local talent show. Prizes will include turkeys and cash.

Gold Pass — A gold pass was presented to Engine House foreman Leo Ellis of Houlton on his completion of 40 years of service to the Bangor and Aroostook Railroad on Nov. 15. Mr. Ellis started his job as an apprentice in 1906.

Take part of the library home — The Cary Library has started a loan program for a collection of framed prints which are ready to hang in someone’s home for three months at a time.

Cary Library given $1,000 from estate — The Cary Library has received a bequest of $1,000 from the estate of the late Mrs. Job Tyler. Mrs. Tyler was Virginia O’Donnell, the granddaughter of Dr. Jotham O’Donnell, one of the early physicians to come to Houlton. She had resided in Houlton for a good part of her life. The bequest will be added to the endowment funds of the library and the interest will be used to purchase volumes of permanent value in memory of Mrs. Tyler.

Tribute to local hero — Houlton Post Office worker John Alexander today put the finishing touches on Mike Clark’s photo of a Glen Hines statue of Samantha Smith before hanging it in the Post Office. The photo was erected in memory of the Houlton normative Smith, along with a sheet of Russian Stamps commemorating her visit of peace.

New offices open today — A summerlong project will be unveiled today as the towns of Smyrna and Merrill and also the U.S. Postal Service will host an open house to show their new facility. The $350,000 facility was a joint effort of both towns and the Postal Service.

For the first time since 2019, there is competition for open seats on the Houlton Town Council
Pets END_OF_DOCUMENT_TOKEN_TO_BE_REPLACED