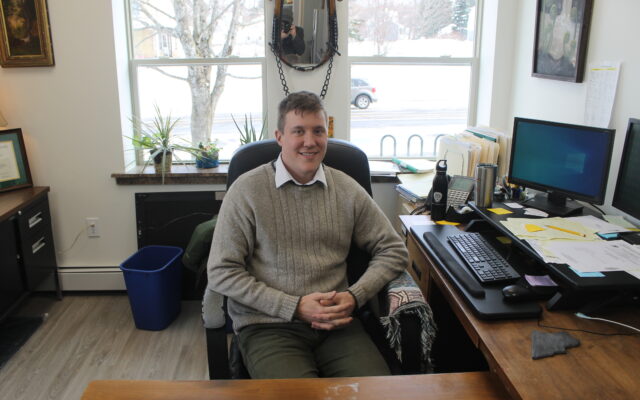 Presque Isle is looking at city’s image to improve marketing

David DiMinno • November 30, 2021
The Department of Economic and Community Development wants to hear from the residents of Presque Isle about their experiences living or growing up in the Star City. Informal outreach -- a method yet to be determined -- on the topic will begin next summer.

PRESQUE ISLE, Maine — The Department of Economic and Community Development wants to hear from the residents of Presque Isle about their experiences living or growing up in the Star City. Informal outreach — a method yet to be determined — on the topic will begin next summer.

The purpose is to create better marketing for the city, and to draw in more people, both from within the state and beyond.

“I would like to keep it informal,” said Economic and Community Development Director Galen Weibley. “That way folks can come in and share their thoughts about what the community is to them, and try to have representation from city council as well.”

The need for community feedback came when Weibley was examining the city’s history. Presque Isle has a deep history of agriculture and military service, and has great recreational opportunities, but the city’s current image does little to capitalize on its history and features.

“There is so much that we have, we have all the big city amenities in a small town, which isn’t being conveyed in the message of ‘the Star City’ or ‘the service hub of Aroostook’,” Weibley said.

Having the air service locked in will allow Presque Isle to determine where some of its potential markets are, as well as to make sure the most people possible will be in Presque Isle during the feedback period.

“They could share their story of what it was like to grow up in Aroostook County, and Presque Isle, what they loved about the area, and try to formulate a vision and a marketing strategy from that,” Weibley said.

Weibley wants to bring in a neutral third party to take the feedback from residents, and turn that into a message about what it means to live and grow up in the city.

“I think you’ll find that there is a common link when you hear folks’ stories about growing up here,” he said.

This project will also serve a double purpose of collecting community experiences, and preserving the stories of residents, creating an archive for what living in Presque Isle is like in the 21st century.

“It’s about bringing the community together  and seeing what we have in common, and building our message abroad,” Weibley said.

Recently we took in a cat named Joe. He is a very sweet cat with a multitude of problems. He was rescued from the streets here in town, but Joe turned out to be a very sick kitty and was surrendered to The Ark because the resources were not there to help him.
What's Happening This Week END_OF_DOCUMENT_TOKEN_TO_BE_REPLACED