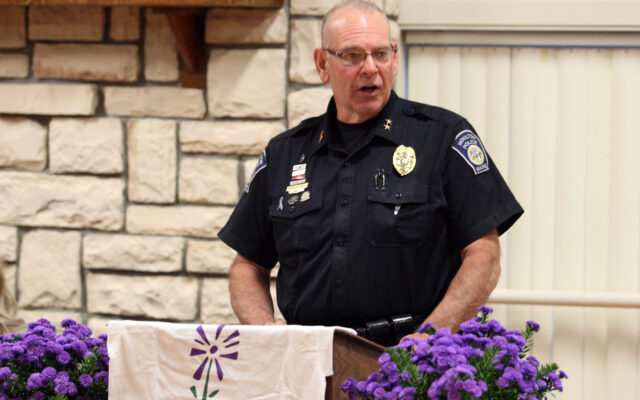 Christopher Selmek, Special to The County • December 29, 2021
Houlton Police Chief Tim DeLuca addressed the town council at its last meeting of the year on Jan. 27 about the increasing mental health crisis facing the community.

HOULTON, Maine — Houlton Police Chief Tim DeLuca addressed the town council at its last meeting of the year on Jan. 27 about the increasing mental health crisis facing the community.

Town Manager Marian Anderson invited him to speak, saying she would like to bring to the council’s attention some of the challenges the police department has had and adapted to in response to the mental health crisis.

“The mental health crisis has really been on the increase over the past 2-3 years,” DeLuca said. “Significant increases started with this COVID pandemic, and to be quite frank, it’s actually been a burden on the police department.”

Over the course of 21 days in December the department received 34 calls for service to Houlton Regional Hospital, requiring nearly 100 hours of officer time for responses multiple times per day, according to DeLuca.

He added that although the police department bills the hospital for their services, he would rather have the staff available for other calls than the funds, and has been speaking with the hospital about how they might improve their own security.

“Typically, Houlton Police Department will respond to the situation at hand – it could be threatening to the nurses or staff – and they will de-escalate the situation,” he said. “We can’t stay there for prolonged periods of time, and then they will call upon us again to return. Sometimes the patients are medicated and when we wean them off their medications is when they become violent again.”

DeLuca said he was hearing similar stories from other police chiefs, but that some larger hospitals had professional security on staff whereas many smaller communities were suffering.

“We’re working with the hospital now, and they are formulating a plan to increase their accountability and security in total, so that would lessen our response time,” DeLuca said. “They could have the best security and we know we’re going to have to respond at certain points. It’s just the number of calls for service that if they had more capable security – because they really don’t have security – then they could at least handle those initial calls for service, which would eliminate our response.”

He added that many patients had been returned to the hospital multiple times and that he had reached out to political leadership to see if they could help get ahead of the problem, but that the real problem was lack of beds throughout the state.

Following his report on mental health, Anderson invited DeLuca to talk about how prisoner transfers were also taxing their staff hours.

Because the county jail had been closed multiple times due to COVID-19, DeLuca said the police had been limited on the type of arrests they were allowed to make. The jail has directed prisoners to be transferred during those times, which requires both fuel and staff time.

“I appreciate Marian giving me time to speak about this today,” he finished. “We are now more reactive than ever before, and me and the community-oriented law enforcement agency would like to be out there as proactively as we can in the schools. We have been somewhat limited in that. We still are out there on patrol as much as possible, but I’m excited about getting these mobile data terminals. These will allow the officers to stay in the field, to do their reports, and to take those computers into the hospital and work, get them out of the station when they’re doing their reports, and be more proactive in some of our neighborhoods. I’d rather have them spend half an hour to an hour doing a report in an area that needs to be patrolled than into the station when they could be out there being more proactive.”

DeLuca initially took the podium to remind residents there is no parking permitted on the streets from midnight to 6 a.m., or in the event of a storm, to allow for snow removal. He also wanted to congratulate Officer Wyatt Foster for graduating from the Maine Criminal Justice Academy’s 18-week Basic Law Enforcement Training Program.

Also at this meeting, the council unanimously passed an ordinance transferring $36,925 from fund balance for the purchase of a tank for the Public Works Department Fuel Depot following a public hearing during which no one spoke.

“I very much support this project and I really want to thank Public Works Director (Christopher) Stewart for outlining the problem to us early on and getting us all the information we needed in order to fix it in a timely manner.”

Council scheduled public hearings for the upcoming meeting on Jan. 10, 2022. The first will transfer $19,877 from the undesignated fund balance to be used for rebuilding the south chimney at the White Building. The second will replace the Floodplain Management Ordinance for the town of Houlton with a newer version.

For the first time since 2019, there is competition for open seats on the Houlton Town Council
Pets END_OF_DOCUMENT_TOKEN_TO_BE_REPLACED

We hope everyone enjoyed a wonderful holiday season and is looking forward to the new year.  December was a busy month at the Central Aroostook Humane Society with so many people and businesses bringing in much-needed supplies and monetary donations, which help us to take care of the special temporary pets in our care.
What's Happening This Week END_OF_DOCUMENT_TOKEN_TO_BE_REPLACED