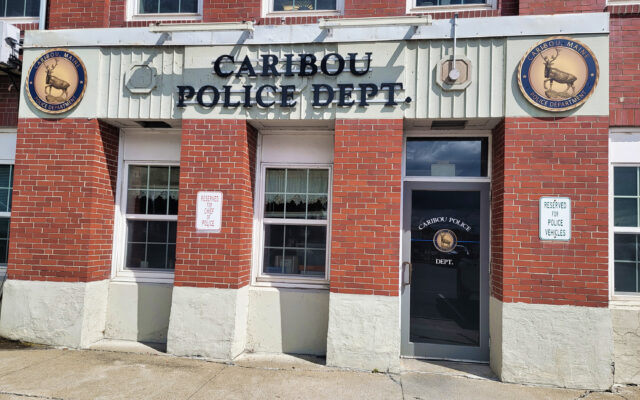 Design of new Caribou police station still in the works, according to city officials

Melissa Lizotte • January 6, 2022
After seeing public support for a new police station, the city of Caribou is continuing conversations with architects and eyeing the possibility of an official voter referendum in June.

CARIBOU, Maine — After seeing public support for a new police station, the city of Caribou is continuing conversations with architects and eyeing the possibility of an official voter referendum in June.

In November 2021, the city issued a non-binding survey question that asked voters whether they would support the spending of $9.9 million to build a new station. The vote was 1,008 to approve the spending, while 810 said no. Those results prompted the city’s Public Safety Building Committee to continue discussions with Bangor-based company Artifex about the building’s potential design.

While Artifex’s official study and building design are available on Caribou’s website, the public safety building committee has requested a revised design that includes a proposed basement for the station and updated cost estimates.

The current design, noted interim City Manager Penny Thompson, includes a slab-on-grade, a foundation that has a concrete slab resting on the ground beneath the building, which would not allow for a basement. Once the design is revised, the city will know the potential costs associated with adding a basement and how much additional space the basement would give to the upstairs level.

In addition to the design, the committee is discussing with Artifex potential grant funding opportunities to reduce the project’s financial impact on taxpayers.

Thompson said that having these conversations with architects now would help the committee and city council make more informed decisions regarding project costs and the needs of the police department.

“It’s much cheaper to make changes [to the design] on paper than it is once a project gets started,” Thompson said.

Caribou Police Chief Michael Gahagan said that the basement would primarily be used to store department vehicles as well as case files. Many of the department’s ATVs and other outdoor equipment are either kept outside or inside the city’s public works building due to limited space in their current location.

Adding a basement could give the station more square footage upstairs for other necessities, including jail cells, a larger interview room, locked storage facilities for guns and more space for evidence processing, Gahagan said.

Currently, the police station is located at 25 High St. in the basement of the Caribou Municipal Building, which was built in 1940. In the past, Gahagan has pointed out glaring issues with the building’s structure, such as narcotics processing being conducted in the officers’ lunch area and evidence being stored offsite.

Though a final decision has not been made, Gahagan and committee members are in favor of potentially building a station on the grounds of the former Bird’s Eye vegetable processing plant on Route 1 and Fort Street.

Unlike other explored locations, the city already owns the Bird’s Eye property and the land contains no structures in need of demolition. The property sits on 20 acres and would provide additional space for potential businesses and possibly a new fire and EMS station in the coming years.

“It’s a place the city might want to develop in the future,” Gahagan said. “Having a new police station there could bring in other businesses.”

The fate of the police station remains in the hands of the Caribou City Council, many of whom previously expressed concerns regarding the project’s current total cost. Three out of the seven councilors – John Morrill, Courtney Boma and Joan Theriault – are part of the city’s public safety building committee.

To bring the issue to voters in June, councilors must approve a ballot referendum by March 30. The referendum would ask voters whether they want to authorize the city to seek out and spend the total funds necessary for building the police station.

“Our charter requires that we go to voters if a capital project exceeds $500,000,” Thompson said.

Whether the council approves a referendum in March will depend on when the committee reviews the updated designs and how comfortable councilors are with those preliminary designs and projected costs. If the March 30 deadline passes without a vote, the referendum would be moved to the November 2022 election.

Despite the uncertainty of the referendum process, Gahagan said that results from last November’s survey have been encouraging for his department and have given the city motivation to move forward with the project.

For the first time since 2019, there is competition for open seats on the Houlton Town Council
Pets END_OF_DOCUMENT_TOKEN_TO_BE_REPLACED

We hope everyone enjoyed a wonderful holiday season and is looking forward to the new year.  December was a busy month at the Central Aroostook Humane Society with so many people and businesses bringing in much-needed supplies and monetary donations, which help us to take care of the special temporary pets in our care.
What's Happening This Week END_OF_DOCUMENT_TOKEN_TO_BE_REPLACED