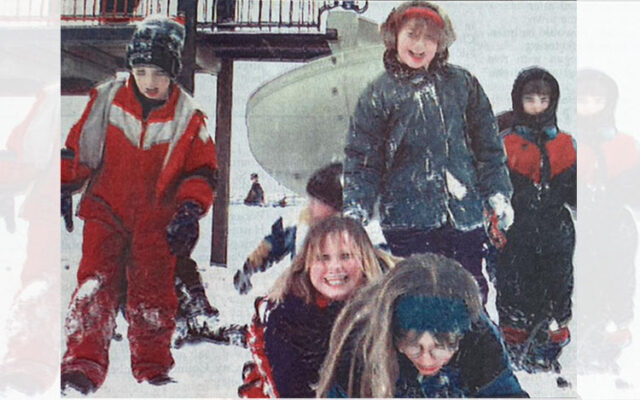 Lanette Virtanen • January 12, 2022
115 Years Ago - Jan. 10, 1907 The verdict is in -- The county commissioners made known their verdict Saturday in regard to the prayer of the Independent Telephone Company to set poles, string wires and do a general telephone business in the town of Caribou.

The verdict is in — The county commissioners made known their verdict Saturday in regard to the prayer of the Independent Telephone Company to set poles, string wires and do a general telephone business in the town of Caribou.

The commissioners decided of the petitioners, grinding them all in favor of the rights asked for.

Making music — F.T. Giberson, has installed during the past week in his store on Main Street a self-playing electric piano of the Peerless make. It renders some very nice music and is attracting large crowds to his store daily.

Off to the auto show — J.C. Cameron started Tuesday afternoon for New York city where he will attend the automobile show. On his return he will stop in Boston for a few days. Mr. Cameron is the local agent for that well-known auto, the Studebaker, and already has several cars in stock.

Returned from meeting — Mr. and Mrs. R.F. Flora returned Saturday from Bangor where they had been in attendance at a convention of the managers of the moving picture houses in Maine.

Off to classes — Miss June Tibbetts left recently for Chicago where she will enter the Interior Decorating School for study.

Old fashioned winter — Caribou and surrounding towns received their first touch of an “old fashioned winter” blizzard early Wednesday morning when a newly fallen snow was whipped up furiously by a blasty gale and vision on the highways was near to zero. The snowplows were kept busy keeping the roads partially passable.

Forsman expands  — A Caribou manufacturer announced an expansion Friday that will create 15 jobs in the next two years. Forsman Sintered Products, a maker of high-tech porous metal filters and ceramic engine components, will move from a site on Birdseye Avenue to a building on Armco Avenue that will be leased from the Caribou Development Corporation.

And the winners are… — The Sweden St. Consignment shop would like to announce the winners for their Freedom Bell drawing. Jack Woods was the winner of the Chess set and Gail LeVasseur was the China Cabinet.

June is generally a month that also marks the height of “kitten season,” when large litters of kittens are born and often end up in animal shelters.   Luckily, here at the Central Aroostook Humane Society, we have seen a dramatic drop in the cat population over the past five years, mostly due to our spay and neuter program.
What's Happening This Week END_OF_DOCUMENT_TOKEN_TO_BE_REPLACED