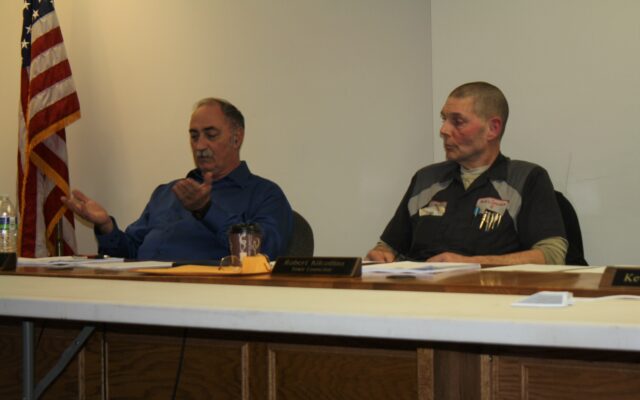 Melissa Lizotte • January 20, 2022
The idea for a new committee in Fort Fairfield resulted from the numerous comments that concerned residents made during last year's budget process.

FORT FAIRFIELD, Maine — To give more of the public a voice in yearly budget discussions, the Fort Fairfield Town Council is discussing forming a budget committee made up of town residents.

The idea for such a committee resulted from the numerous comments that concerned residents made during last year’s budget process, council chairperson Robert Kilcollins said.

In 2021, the town’s new ambulance service proved controversial, as many residents advocated for flat or reduced expenses in that department. Despite delaying their vote to late June, councilors ultimately supported the budget, citing it as the best way to be fiscally responsible without reducing vital services.

A later petition brought forth by a resident group was rejected three times by the town clerk. The petition had been signed by 451 registered voters in an attempt to get the town council to rework the approved budget.

Kilcollins emphasized that a budget committee would serve as an advisory committee and would not have authority to vote on the final budget. Only the town council can formally approve or reject the budget, he said.

If approved, the committee would consist of at least five to seven members who have prior experience with forming budgets, and could present recommendations for the council’s review.

“We would use information [from the committee] to educate ourselves,” Kilcollins said. 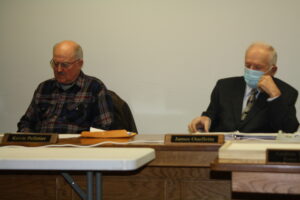 But councilors disagreed on whether changing the town charter to allow for such a committee would be worth the time and effort.

The current charter does not allow for an advisory budget committee because the town’s government is set up with a council rather than a selectboard system, according to Town Manager Andrea Powers. In the latter form of government, voters approve the budget during an annual town meeting in early spring.

“All other town boards and committees were established prior to the charter,” Powers said. “We would have to change the charter so that it can allow a budget committee.”

Councilor Mitch Butler disapproved of the proposed budget committee. He expressed concerns that a resident group would only delay the budget process and lead to further conflict between the council and the public.

“We are a town council form of government; that’s how it has always been. As far as I’m concerned, we are the budget committee. At every meeting last year, we gave time for the public to express their concerns,” Butler said.

Kevin Pelletier, one of two new councilors, disagreed with Butler.

“I don’t see a problem with having an advisory committee,” Pelletier said.

James Ouellette, also new to the council, expressed his support as well.

“The objective is to get more input from townspeople who are more versed in budgets,” Ouellette said.

Though Councilor Melissa Libby was not opposed to amending the town charter, she said that more legal clarification about the town council’s relationship to the budget committee would be helpful.

“I want to make sure the council has control over what the committee does,” Libby said.

The council voted 4 to 1 to table a formal vote on the budget committee until they can receive more information about the charter amendment process.

The next town council meeting will be held at 6 p.m. Wednesday, Feb. 16, in the council chambers at Fort Fairfield’s town office.

A familiar face to Aroostook County residents has announced her candidacy for the Maine State Senate.
Pets END_OF_DOCUMENT_TOKEN_TO_BE_REPLACED

One addition to last week’s “Kindness abounds” story on the generosity of local area youth: Just last week, 11-year-old Michaela stopped by the shelter armed with bags of dog and cat food and special treats.
What's Happening This Week END_OF_DOCUMENT_TOKEN_TO_BE_REPLACED