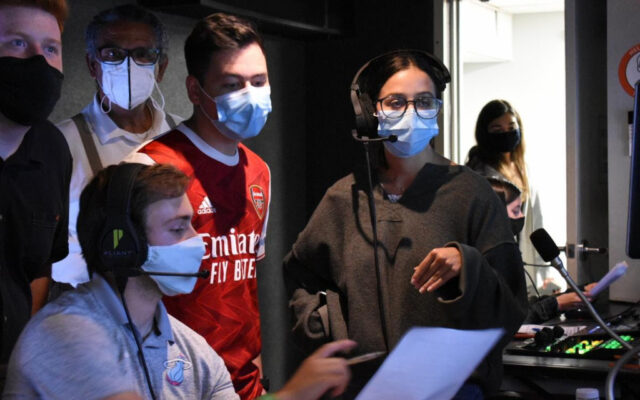 Hard work, curiosity, friendship and community are some of the many values that Ezzy believes have shaped his experiences as a budding news director and producer.

Ezzy, who graduated from CHS in 2016, has served as director of NewsVision, a weekly, student-produced news broadcast, since his junior year at the University of Miami. Now a graduate student at University of Miami, Ezzy and his crew are nominated in the News & Sports category for the College Television Awards, a program of the Television Academy Foundation.

“It’s always great to be recognized. It validates all the hard work that our crew members have put into the show,” Ezzy said. 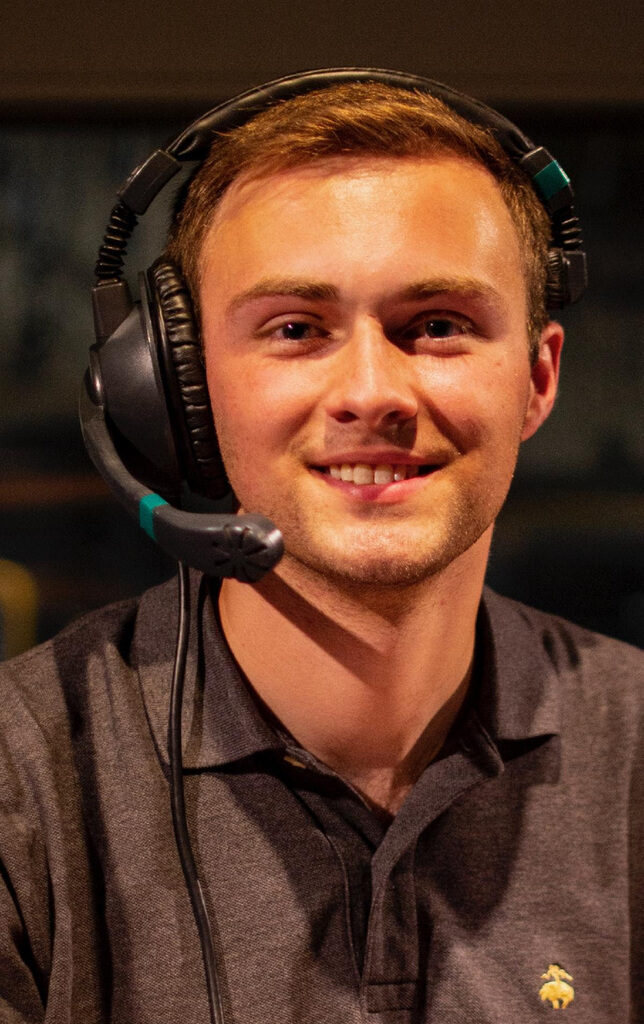 Ben Ezzy, a Caribou High School graduate, has been nominated for a College Television Award for his work on the University of Miami’s student-produced news broadcast. (Courtesy of Ben Ezzy)

The College Television Awards will announce its 2022 winners in a virtual ceremony on March 26. Ezzy’s NewsVision crew has been nominated alongside students from 58 colleges throughout the United States, including two other news teams from UMTV.

Since his days at Caribou High School, Ezzy knew he had an interest in video production but was not sure what career path he would take. Although Miami is a far cry from northern Maine, being in a large college environment gave Ezzy opportunities to try new things and discover a passion for broadcast news.

Ezzy initially served as a volunteer production assistant for UMTV and later became a writer, associate producer and executive producer. At the start of his junior year, Ezzy began directing the 30-minute NewsVision and quickly grew to love the fast-paced, unpredictable work environment.

“You have to be prepared. Things always go wrong during live broadcasts, but you have to keep calm and move on,” Ezzy said. “You’ve got to have trust in the people working on the show.”

Ezzy graduated from University of Miami with a degree in broadcast journalism in 2020 and will soon earn a Master of Fine Arts in interactive media, also from UM. His career goals include directing live news, sports or entertainment programs and teaching media production to college students. 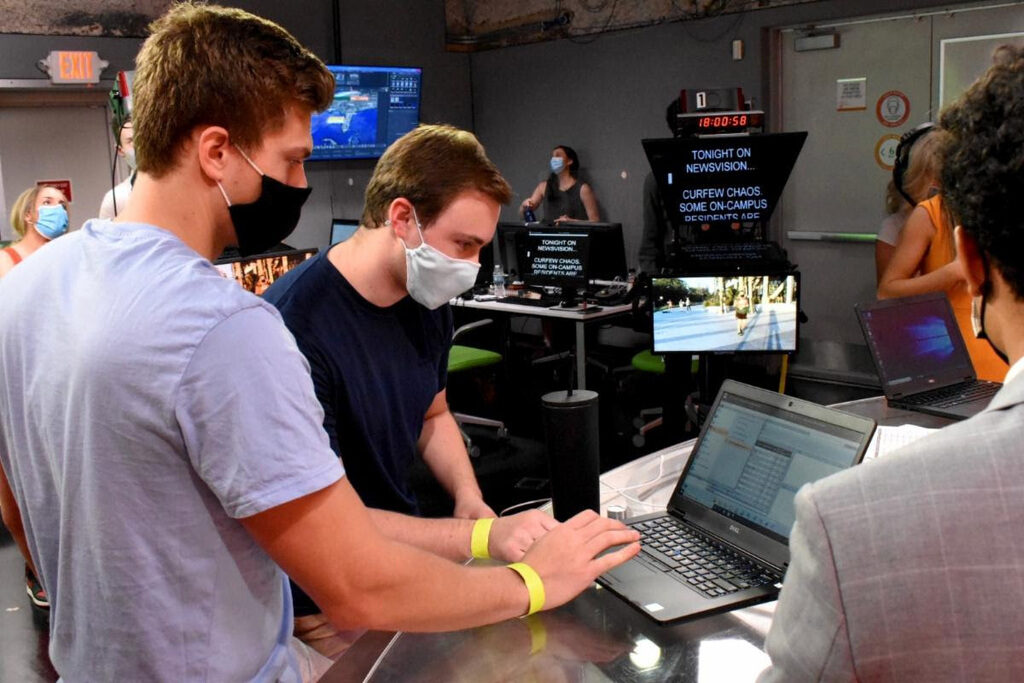 Caribou High School alum Ben Ezzy (middle) prepares for a broadcast news show with his fellow students and news colleagues. Ezzy and his crew are nominated for a College Television Award for their work on the University of Miami’s NewsVision. (Courtesy of Ben Ezzy)

While the nomination is exciting, Ezzy is more proud of his crew’s professional growth and the opportunities for him to grow as a broadcaster.

“I like telling stories, connecting with people and being involved with the live aspect of news,” Ezzy said.

Ezzy was a member of the National Honor Society, played on many sports teams and took photos and videos at local events when he was at Caribou High School. Those experiences helped him realize the importance of collaboration, trust and involvement in his community.

In Miami, he has strived to maintain that supportive spirit of community among his classmates and colleagues.

“It’s unique growing up in a community where people rally around each other for events like the basketball game or Thursdays on Sweden Street,” Ezzy said. “I had a lot of opportunities to be involved with things that I would not have necessarily had elsewhere.”

A familiar face to Aroostook County residents has announced her candidacy for the Maine State Senate.
Pets END_OF_DOCUMENT_TOKEN_TO_BE_REPLACED

One addition to last week’s “Kindness abounds” story on the generosity of local area youth: Just last week, 11-year-old Michaela stopped by the shelter armed with bags of dog and cat food and special treats.
What's Happening This Week END_OF_DOCUMENT_TOKEN_TO_BE_REPLACED