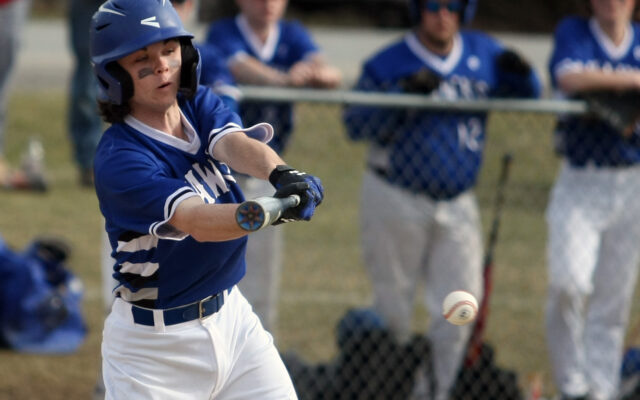 Even though Hodgdon has a bundle of players from last year’s squad that finished 13-1 during the regular season, a number of newcomers have also been thrown into the mix, making it difficult for the coach to predict how much success they will have.

Hodgdon has 10 returning players and eight players new to the club. Exactly how well all those pieces gel will likely determine how far the Hawks go this year.

“Our seniors are seasoned players who will be called upon to provide leadership and experience to the younger players,” coach Dorr said.

Drew Duttweiler, Gardiner, Wright and Griffin were all members of the varsity squad a year ago and bring plenty of experience and versatility to the squad, the coach said.

Coach Dorr said the first-year players are acclimating well to the varsity level and should provide much-needed depth for the Hawks as the year progresses.

Two key members of last year’s team – Silas Graham and Brock Thompson – are not  playing for Hodgdon this year. Both athletes attend classes at Greater Houlton Christian Academy and as part of a cooperative agreement with Houlton and GHCA, both athletes are now part of the Shire baseball team this spring.

The Hawks finished as the top-ranked team in Class D North during the 2021 regular season. Hodgdon rolled to lopsided wins in its first two playoff games, beating No. 17 Fort Fairfield 10-0 in a preliminary game and besting No. 8 Madawaska 12-0 in the quarterfinals.

Hodgdon fell 15-11 to No. 5 Southern Aroostook in a back-and-forth semifinal contest.

A familiar face to Aroostook County residents has announced her candidacy for the Maine State Senate.
Pets END_OF_DOCUMENT_TOKEN_TO_BE_REPLACED

One addition to last week’s “Kindness abounds” story on the generosity of local area youth: Just last week, 11-year-old Michaela stopped by the shelter armed with bags of dog and cat food and special treats.
What's Happening This Week END_OF_DOCUMENT_TOKEN_TO_BE_REPLACED