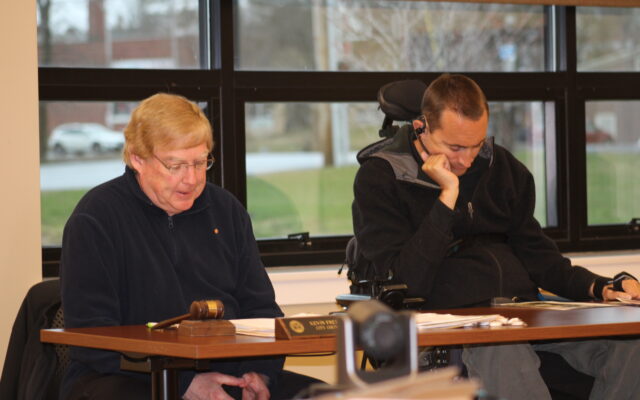 Paula Brewer • May 6, 2022
Presque Isle will hold a public hearing on proposed changes to its marijuana ordinance, including posting health awareness signs for pregnant women and keeping pot businesses out of rural, agricultural areas.

The changes were outlined during the Presque Isle City Council meeting on May 4.

Presque Isle passed its marjiana ordinance in 2020 and has seen four medical shops, two adult-use stores and one cultivation facility open since that time.

Members of the public expressed concern at the February council meeting about the proliferation of pot establishments and the necessity to keep the products out of children’s hands. A working group of officials and citizens met to examine the ordinance and suggested changes to give the city better control of the industry.

“Earlier this year we received a lot of public comment concerning our marijuana industry in Presque Isle,” said Galen Weibley, Department of Economic and Community Development director. “There are a couple of slight adjustments, but not the huge, significant changes we were anticipating.”

The working group recommended each marjuana business post, along with legal notices, signs saying “Marijuana use during pregnancy can be harmful to your baby’s health.” The addition was proposed by working group member Meg Hegemann to promote awareness and education about use of the substance.

If amended, the ordinance would also prohibit pot businesses from locating in the city’s Agricultural Forestry and Farming Zone.

“So you can no longer have them in the country. They have to be downtown,” Weibley said.

The group also proposed a city staff review process for marijuana business applications. A new section would be added to the ordinance stating unanimous approval of an application review board would be required before sending a license application to the council.

The review board would consist of the fire and police chiefs, code enforcement officer, economic development director, city assessor and city engineer. The group would have authority to deny any applications if they fail to meet the city’s marijuana ordinance requirements.

The council voted unanimously to hold a public hearing on the proposed amendments, the date for which has not yet been set.

A familiar face to Aroostook County residents has announced her candidacy for the Maine State Senate.
Pets END_OF_DOCUMENT_TOKEN_TO_BE_REPLACED

A big shout out to Carter Cyr of Sinclair. This kind and compassionate 12-year-old boy started his own business in the Long Lake area and donated a portion of his proceeds to the shelter.
What's Happening This Week END_OF_DOCUMENT_TOKEN_TO_BE_REPLACED