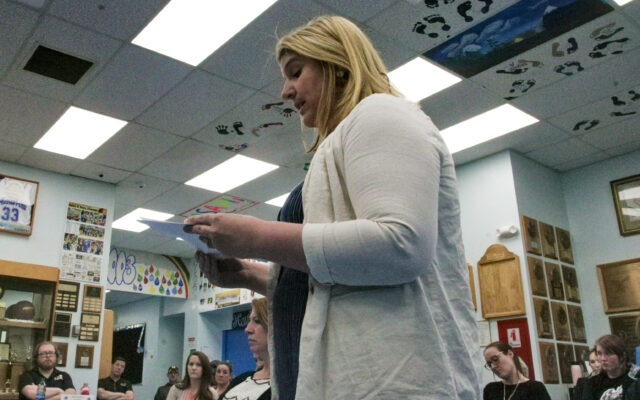 Joseph Cyr • May 10, 2022
Concerned parents showed up to the SAD 70 school board meeting in force Monday evening to express their displeasure with the district’s superintendent.

HODGDON, Maine — Concerned parents showed up to the SAD 70 school board meeting in force Monday evening to express their displeasure with the district’s superintendent.

Tops on their list of complaints was the recent denial of multiple requests by parents to send their children to a different school district.

“We know a lot of you are here tonight in regards to the superintendents’ agreements,” SAD 70 chairman Ron Silliboy said prior to the public comments portion of the meeting. “Maine law specifically empowers superintendents, not school boards or others, to approve student transfers. The decision-making authority in this area rests entirely with the superintendent.”

For years, superintendents from RSU 29 in Houlton and SAD 70 in Hodgdon have allowed students to transfer outside of their home school district for a variety of reasons.

This spring that practice came to a sudden end for a large number of students that are currently attending school in RSU 29, but should be students in SAD 70.

Two superintendents may approve a transfer, provided they both find it is in a student’s best interest and the parent or guardian permits the transfer. The agreements are reviewed annually case by case.

“Our letters of request always included details as to why it was in our children’s best interests to attend RSU 29 and were always approved without question,” Estabrook said. “That is until this year.”

Estabrook said she had a meeting with SAD 70 Superintendent Stephen Fitzpatrick on May 5 and at that time was told he was declining all requests at the direction of the district’s financial committee.

When a student receives a superintendents’ agreement to attend an alternate school district, the state funding for that child follows the student to their new school district. That funding varies depending on the grade level, but can mean a district stands to lose up to $10,000 per student it approves for transfer.

“Loss of funds was stated multiple times throughout our meeting,” Estabrook said. “Yet according to Maine school law regarding superintendents’ agreements, transfer decisions must be based entirely on the student’s best interests.”

Maine law says that two superintendents may approve the transfer of a student from one school administrative unit to another if they find that a transfer is in the student’s best interest and the parents approve.

Financial implications are not mentioned anywhere in the state law.

In the letter presented to the school board and superintendent, parents said that the sudden change from approving transfers to denying them had left many “frustrated and with few options.”

“Our children have dealt with emotional and educational challenges and illness over the prior two years during the COVID-19 pandemic and now are faced with another major disruption,” the letter said. “The stress and educational discontinuity of changing schools is not in our children’s best interests.”

Julie Peters, a resident of Houlton whose daughter attends SAD 70 rather than RSU 29 as part of a superintendents’ agreement, said the district should try to find out more information on why so many parents are requesting to send their children to the Houlton school district.

“Why don’t we find out more about why so many people are asking instead of just denying?,” she asked. “Why don’t we get to the bottom of the root causes of these requests? Why are you losing students?”

Later in the meeting, Fitzpatrick said that all superintendents’ agreements are considered individually and are reviewed annually.

“Transfers of students from one district to another is not a new issue,” he said. “It has existed since a time when I was the superintendent in RSU 29. What was once a modest exchange of students is now over 100 students that reside in SAD 70 that seek transfer to another district.”

Fitzpatrick served as superintendent in Houlton from July 2004 to June 2010.

The board took no action, and offered no further discussion on the superintendents’ agreements

Next year's Caribou City Council will include a new member and a longtime councilor thanks to Tuesday's election.
Pets END_OF_DOCUMENT_TOKEN_TO_BE_REPLACED

Everyone who enjoys the company of a dog knows that sometimes dogs have strange behaviors.  They may arrive in your life with the behaviors already in place, or perhaps they are adopted as a puppy and develop a behavior young.
What's Happening This Week END_OF_DOCUMENT_TOKEN_TO_BE_REPLACED