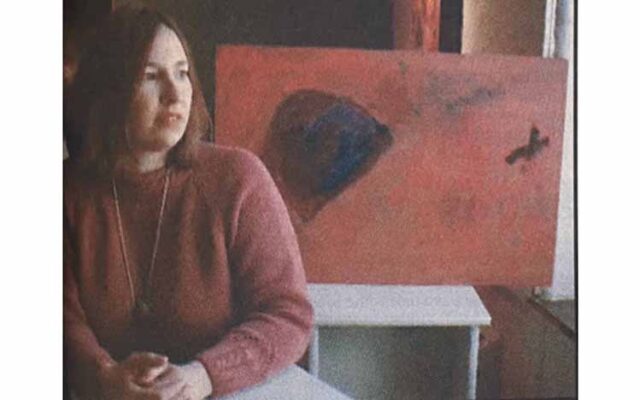 Completed the census — Miss A. Louise Thomas, superintendent of schools, has completed taking the school census of Caribou, and finds 1850 pupils of school age.

Jeweler has moved — T.F. Manter, jeweler, has moved from the Estes building on Sweden Street into the building on Washburn Street recently vacated by Ernest Drake.

Moves into new quarters — The Caribou National Bank opened the doors of the new and enlarged quarters to the public and the number which visited the bank was way beyond what the officials had anticipated, indicating that the public took considerable interest in one of Caribou’s strong financial institutions. However, the throngs which visited the new banking rooms were easily taken care of and shown through the several rooms by the directors of the bank, who willingly and freely explained the convenience and advantages of the different rooms, the large vault and the thoroughly modern equipment in the way of books, labor-saving devices and adding machines. The offices were as follows: President, Geo. W. Irving, vice president, Dr. W. Edgar Sincock; cashier, Charles B. Margesson; directors: Gep. W. Irving, W.E. Sincock, H.A. Edwards, W.R. Pattee, J.A. Clark, E.P. Grimes, S. Friedman, H.D. Collins, D.L. Teague, R.A. Shaw and Peter Sodergren.

Construction to start in June — Washington Army officialS definitely verified to the Maine Congressional delegation their intention to construct a huge bomber base at Limestone which, when completed, is estimated to cost $30 million. The site of the base is said to contain 7,200 acres of land containing mostly forest and with 12 farms within the area. Three runways approximately 2 miles long to accommodate the heaviest type bombers, similar to the B-36, are in the preliminary plans.

Summer store closing committee named — To consider further and report on the summer store closing suggestion which is again being brought forward throughout The County, the Caribou Chamber of Commerce has appointed a special committee of retailers who have been asked to select a chairman, divide the retail trade into groups and canvass them, and report back to the Chamber by May 1. The committee consists of Roger Folsom, manager of the J.J. Newberry Company; Fred Proctor, the F.W. Woolworth Company; J.J. Howlett, the J.C. Penney Company; Robert Derrick, the M.N. Landau Company; Malcolm Murphy, the L.S. Hall Company and Morris Daniels of the Daniels Market.

Star Award — At the State Capitol, 8-year old Darci Faye was presented a Volunteers of America Northern New England Star Award by Governor Angus King, distinguishing herself as the youngest recipient of this prestigious award. The Star Award is presented to outstanding volunteers who contribute significantly in making a difference. The honorees were guests of honor at a reception at the Blaine House following the ceremony.

Chili Proceeds — The Bread of Life soup kitchen in Caribou was presented with the proceeds of this winter’s chili cook-off held at the Five Seasons Resort. Rachel Ravasio from the Aroostook Republican presented the check to volunteer Bud Brewer from the United Baptist Church.

A familiar face to Aroostook County residents has announced her candidacy for the Maine State Senate.
Pets END_OF_DOCUMENT_TOKEN_TO_BE_REPLACED

A big shout out to Carter Cyr of Sinclair. This kind and compassionate 12-year-old boy started his own business in the Long Lake area and donated a portion of his proceeds to the shelter.

About a month ago, we took in a cat who had taken up residence in someone’s yard. We were contacted and agreed to take the cat. She was live-trapped and brought to The Ark. When we took her out of the trap her belly was very large and round. We knew immediately she was pregnant.
What's Happening This Week END_OF_DOCUMENT_TOKEN_TO_BE_REPLACED