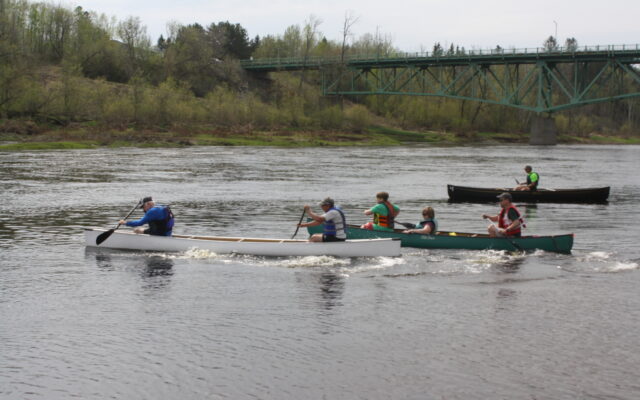 CARIBOU, Maine — As part of larger efforts to revitalize the riverfront region, Caribou city officials hosted the second iteration of an event they hope will become a popular tradition.

With mostly sunny skies and a light breeze in the air, the weather proved ideal for a 6.2-mile ride from Lower Lyndon to the Forbes Pit boat launch. Though paddlers were warned of a few brief areas of small currents, event organizers emphasized how smooth the ride would be compared to the more intense sport of whitewater rafting.

For many paddlers, taking part in the race was not as important as seeing what Caribou’s portion of the famous Aroostook River has to offer.

Kayaker Patrick Cote of Presque Isle was a first-time paddler in Caribou’s newest river race. He looked forward to seeing the wildlife that many others have spotted along the river, including bald eagles.

“I’ve never paddled this end of the river before, so I thought I’d try it out,” Cote said. “I’m not here as much for the race as I am to have fun.” 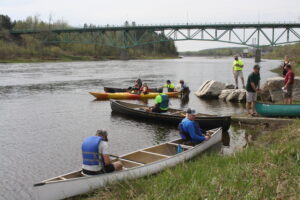 The Spring Runoff also brought out many avid paddlers, including Fran Cyr of Caribou.

A canoeist for the past 40 years, Cyr enjoys taking part in all the Aroostook river races every year. After racing in last year’s Spring Runoff, Cyr knew he would return this year.

“This is a nice river to paddle, and [the race] is a good length for this early in the season,” Cyr said. “I hope they continue developing the area around here.”

Cyr was referring to efforts by the recently formed Riverfront Renaissance Committee, which has begun working with city officials to rezone areas near the Aroostook River for potential outdoor recreation and commercial development.

Caribou Parks and Recreation Superintendent Gary Marquis said that after nearly three decades of not hosting a river race, city officials are more motivated to bring residents and visitors to the riverfront area. 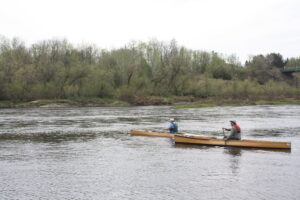 If the Spring Runoff continues, Marquis and his staff would like to see the event become part of the state’s series of flatwater races. That would allow participants to earn points in the Maine Canoe and Kayak Racing Organization (MaCKRO) standings, as they do in Houlton’s annual Meduxnekeag River Canoe Race.

“We would be able to get more people from downstate, who would stay in hotels and go out to local restaurants,” Marquis said. “That would be a big economic win for the community.”

The winners for all Spring Runoff divisions are as follows:

A familiar face to Aroostook County residents has announced her candidacy for the Maine State Senate.
Pets END_OF_DOCUMENT_TOKEN_TO_BE_REPLACED

One addition to last week’s “Kindness abounds” story on the generosity of local area youth: Just last week, 11-year-old Michaela stopped by the shelter armed with bags of dog and cat food and special treats.
What's Happening This Week END_OF_DOCUMENT_TOKEN_TO_BE_REPLACED