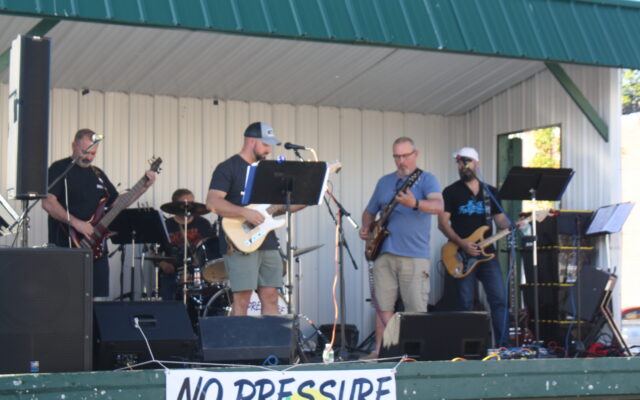 Thursdays on Sweden Street kicked off June 2 with more than 20 booths from businesses and community organizations. Rock band No Pressure entertained the crowd with classic and modern hits.

Even before the event started, people began walking down Sweden Street, chatting with friends and checking out the various vendor booths. City Manager Penny Thompson took that as a sign that the street would soon be packed with even more eager visitors.

She was not wrong. The sunny, warm June weather encouraged hundreds of people to gather at the beer garden, provided by Northern Maine Brewing Company, or shop at the booths as they enjoyed hot dogs, snow cones and other summer treats.

“The weather is fantastic, and I think that has made people want to come out,” Thompson said, referring to last year’s more rainy start. “This is where people can catch up with their neighbors and just visit.”

Another mission of Thursdays on Sweden is to help small businesses, local crafters and organizations promote their products and services, Thompson said. Thursday’s kickoff featured many returning favorites, including Caribou Kiwanis Club and the Bread of Life Soup Kitchen, plus new vendors.

Rebecca Book of Caribou took part for the first time, selling candles and similar products for the company Scentsy. Book had helped her parents during previous summers but began her own booth this year.

“I think I’d definitely come back if everything goes well,” Book said. “I like coming here and being able to meet people.”

Next door to Book’s booth, Pat Edgecomb of Limestone was selling many of her handmade towels, dish cloths, bonnets and scarves. Edgecomb is a longtime crafter and has been a Thursdays on Sweden vendor for the past five years.

“This is a great summer event,” Edgecomb said. “It gets people out of the house and lets them meet other people.”

As the summer continues, Thursdays on Sweden will feature other ways for people to gather. The line-up will include the Caribou High School Class of 1971 reunion on June 30, the Class of 2002 and 2012 on July 14 and the Class of 1977 on July 28.

Event organizers from Caribou Parks and Recreation are also finding small ways to make Thursdays on Sweden more festive for attendees. Prior to the June 2 event, Parks and Rec Superintendent Gary Marquis and his team strung new party lights and set up donated barn barrels to use as tables in the beer garden.

Thompson said that Marquis’s dedication has helped Thursdays on Sweden continue to be Caribou’s most anticipated summer event.

“We couldn’t do any of this without Gary and his department. They’re the ones who assign the vendors to their spots and collaborate with Public Works to bring the trailer that the bands play in,” Thompson said. “[Gary] never stops working and is always thinking of new ideas.”

The following day, Marquis said he was ecstatic about the event turnout and how satisfied vendors and attendees were with the experience.

“I spoke to many vendors afterward who said it was the best night they’d ever had on Sweden Street,” Marquis said. “People were happy and excited at the chance to get outside.”

Stacie Holton and her daughter Mackenzie, 12, of Caribou are longtime supporters of the Sweden Street vendors and were glad to see familiar and new faces.

“We’re hoping to go to every [Thursday event] this year,” Stacie Holton said. “It’s a great family-style event. We enjoy hanging out and listening to the music.”

Thursdays on Sweden will continue throughout the summer with six dates: June 16 and 30, July 14 and 28 and Aug. 11 and 25. Bands and artists Trish King Music, RMF Entertainment, French Toast, Star City Syndicate, Wally and the Virginian and Soundstage Music will perform on each of those dates, respectively. 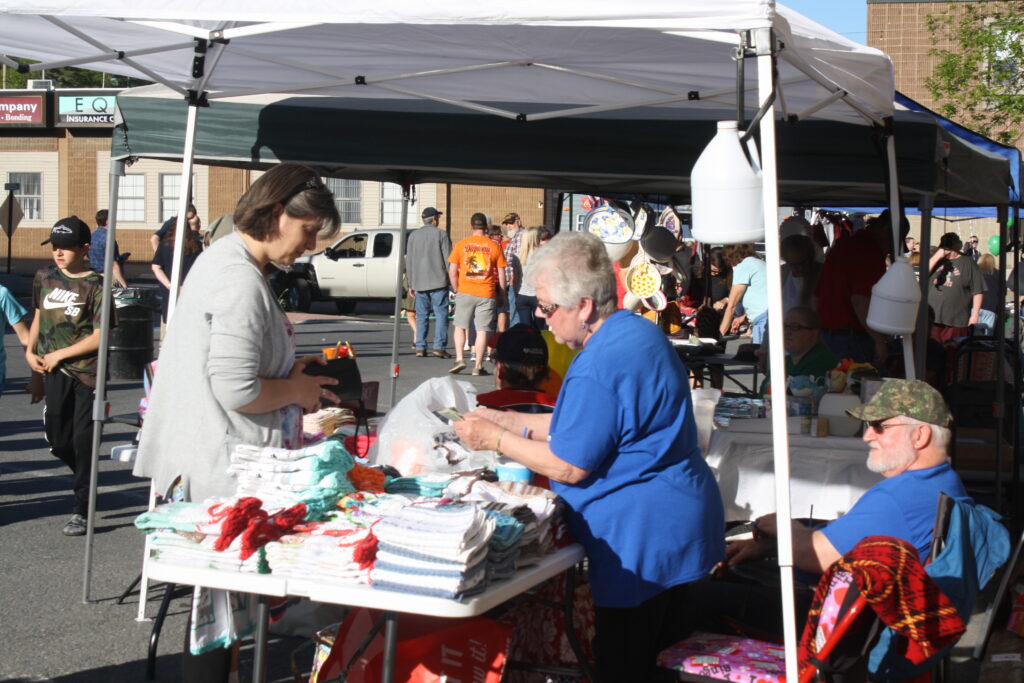 CARIBOU, Maine — June 2, 2022 — Pat Edgecomb of Limestone assists Stacie Holton of Caribou with a purchase during Thursdays on Sweden Street. Edgecomb was one of more than 20 community vendors who took part in the first 2022 Sweden Street event. (Melissa Lizotte | Aroostook Republican) 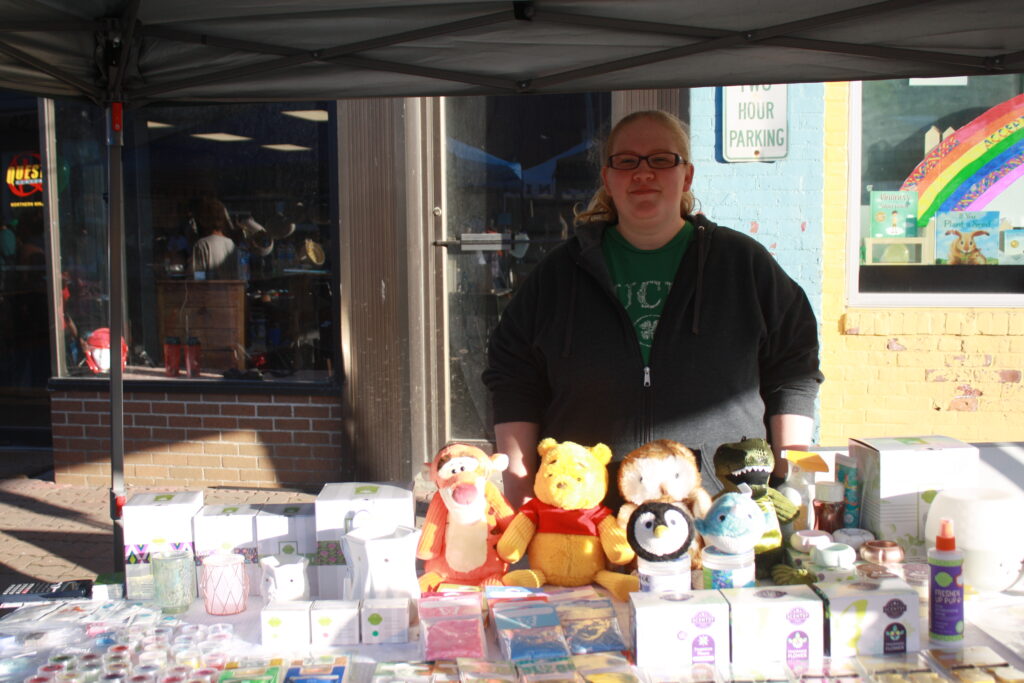 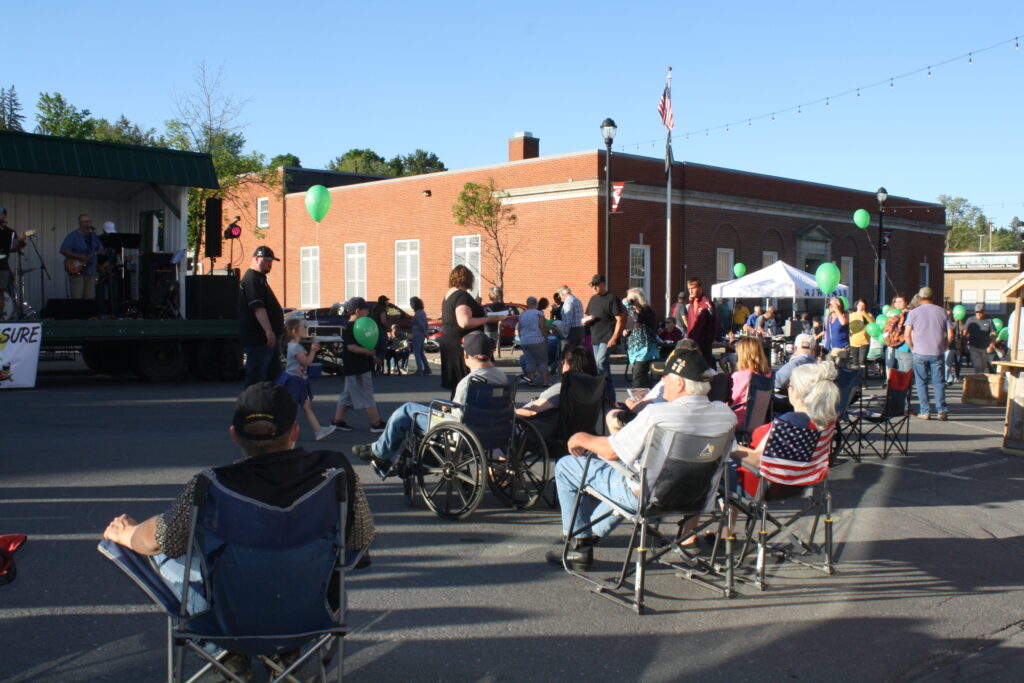 A familiar face to Aroostook County residents has announced her candidacy for the Maine State Senate.
Pets END_OF_DOCUMENT_TOKEN_TO_BE_REPLACED

If you're a parent and your child is old enough to talk, chances are you've heard the phrase, "Can we get a (cat? dog? hamster?) Please, please, I promise to take care of it.”  To say that you feel pressure to ‘give in’ would be an understatement.
What's Happening This Week END_OF_DOCUMENT_TOKEN_TO_BE_REPLACED