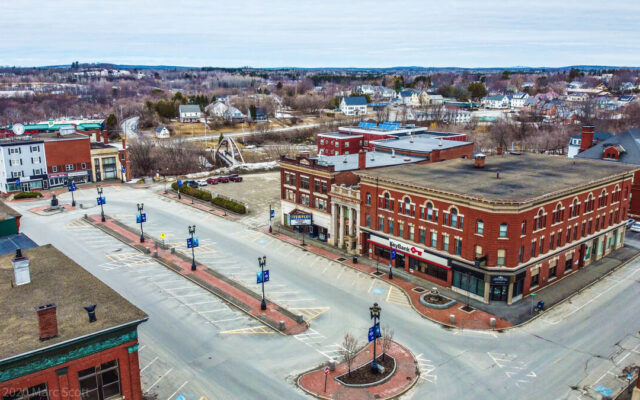 Houlton downtown windows to be adorned with blasts from the past

Joseph Cyr • June 27, 2022
Downtown Houlton storefronts will soon be filled with memories of graduating classes from long ago as part of the upcoming multi-class reunion.

HOULTON, Maine — Downtown Houlton storefronts will soon be filled with memories of graduating classes from long ago as part of the upcoming multi-class reunion.

“Classes are encouraged to decorate a window in downtown Houlton,” said Nancy Ketch, alumni president. “Several business owners are generously providing window space for classes to decorate with memorabilia and photos from their year. We appreciate their support of this effort and encourage everyone to get together with their classes and prepare some windows.

The multi-class reunion gala will be held Saturday, July 9, as the culmination of nearly a week-long slate of events. Other activities include an alumni soccer game, July 6; a variety show, July 8; and golf scramble, July 9.

Graduating classes have been assigned certain storefronts to display their photos and memorabilia from their high school days.

The class year/business assignments are as follows:

Windows should be decorated by Friday, July 1, in time for Midnight Madness. Further information is available by contacting Nancy Ketch at nketch64@gmail.com or 521-7250.

Forbidden foods for our four-legged friends are many and can be very dangerous if ingested. Sometimes, we give our pets leftovers or what we consider treats. According to many sources, some human foods can make an animal very sick, and in certain cases can even be lethal.
What's Happening This Week END_OF_DOCUMENT_TOKEN_TO_BE_REPLACED