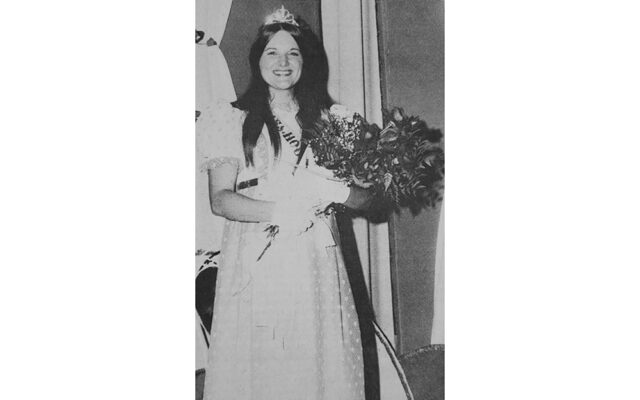 Contributed • July 7, 2022
115 Years Ago - July 10, 1907 Houlton takes the lead -- Caribou and Houlton met at Caribou on Monday afternoon, and up to the fifth inning the score was 3 to 0 in favor of Caribou, and then the fatal inning came and Houlton made six runs.

Houlton takes the lead — Caribou and Houlton met at Caribou on Monday afternoon, and up to the fifth inning the score was 3 to 0 in favor of Caribou, and then the fatal inning came and Houlton made six runs.

Good game — The game last Wednesday was a very interesting one from Houlton’s standpoint, as every man played the game from start to finish. Hall pitched a fine game. Houlton won against Presque Isle 10 to 2.

Smyrna Mills man named 4-H Club agent — Aubrey A. McLaughlin of Smyrna Mills has been named assistant 4-H Club agent for Kennebec County by Dean Arthur L. Deering of the Extension Service. He assumed his new duties Monday. A graduate of Merrill High School, McLaughlin clerked in a general store before going to the University of Maine. His college career was interrupted by four years of service in the United States Army during which time he arose to the rank of first lieutenant.

Island Falls firm awarded Forest Maid franchise — A franchise to manufacture Forest Maid homes for Houlton and the surrounding area has been awarded to Island Falls Hardware Company Inc. in Island Falls. Jim D’Angelo, present owner of the well-known local business, has marked the centennial celebration of Island Falls by formally announcing that the company has installed the MEMSCO system of building production. The shop has a production capacity capable of fabricating more than 100 homes per year.

Construction on car wash will start this week — Construction of a tunnel-style car wash to be located on Military Street is expected to start this week, stated Leland Ludqig III, spokesman for Petroleum Products of Houlton. A building permit has been secured and specifications have been met. The architects of Hatfield, Randall Associates have designed the building and completed all the engineering plans. The structure will be of colonial style with mansared roof and small pane windows bordered by white shutters.

Junior girls softball team hits perfect 7-0 mark — The Monticello Junior GIrls softball team had a busy week playing in four games. The team managed to win all games. The team managed to win all four contests to run their record to 7-0. On Monday they collected a 18-14 win over Oakfield in their home opener. Rebecca Lenentine homered, signaled, and drove in four runs to pace the offense. Jessica Swimm had two hits, reached base four times, and scored three runs. Sasha Lynds drove in three runs with a single and a walk.

Forbidden foods for our four-legged friends are many and can be very dangerous if ingested. Sometimes, we give our pets leftovers or what we consider treats. According to many sources, some human foods can make an animal very sick, and in certain cases can even be lethal.
What's Happening This Week END_OF_DOCUMENT_TOKEN_TO_BE_REPLACED