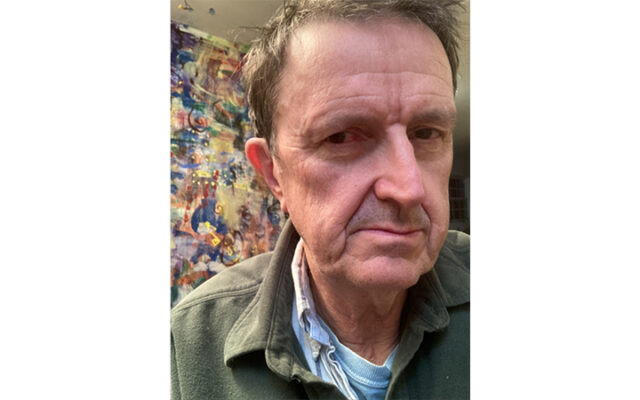 Contributed • July 19, 2022
Georgia-based artist Henry Dean is inviting local artists and community members to collaborate with him on an expansive art project titled “Light Trace 24,” a series of artistic installations that will track the 2024 total solar eclipse.

Georgia-based artist Henry Dean is inviting local artists and community members to collaborate with him on an expansive art project titled “Light Trace 24,” a series of artistic installations that will track the 2024 total solar eclipse.

Dean, an artist and Foundation Studies professor at the Savannah School of Art and Design in Georgia, will talk about his past work and describe his current project so that artists and community members can get a sense of his inspiration. “Light Trace 24” welcomes all-comers, imagining a collaborative, collective expression for anyone or any group creating artworks along the 2024 eclipse’s path of totality.

“Light Trace 24 is a collaborative art initiative inspired by the total solar eclipse happening on Monday, April 8, 2024, when the umbra of the Moon’s shadow (zone of totality) traces a line across North America – in the U.S., from the Rio Grande River near Del Rio, Texas, to the Canadian border in eastern Aroostook County, Maine,” Dean states in his prospectus.

Earlier this year, Dean conceived the initial idea to install 3-5 heliophysical sculptures along the eclipse’s path. The idea built on the installation he executed on Aug. 21, 2017, during a total eclipse. A 5-minute, 55-second video, “Crescent Sun” can be viewed at https://vimeo.com/377884774. As the idea for “Light Trace 24” has developed, Dean is now looking to identify 5-7 roughly equidistant locations from Texas to Maine – from schools and community centers to parks and riverbanks – to install his sculptures and encourage community-based participation.

“The more I thought about it, the more the idea suggested a broader vision and potential – engaging involvement by numerous creative individuals, organizations, communities, and locations along the path of the umbra,” Dean explained.

He hopes to see individuals across the US, perhaps even Mexico and Canada, embrace the idea, develop their own “unique expressions” and potentially share their work through a website, “creating a collective expression around the celestial event.”

Houlton is in the path of the eclipse, so Dean is interested in placing one of his installations there, but he also has a special connection to the town – he’s the British descendant of the founders of Houlton. As relative and UMPI faculty member Dave Putnam conveys it, Dean’s grandfather Frank Putnam, crossed the border to join the Canadian army in World War I and was subsequently gassed in the trenches of France. He married the British nurse that cared for him and raised a family in Houlton until his pet parrot bit him and he died of parrot fever. The family returned to England.

Dean is coming full circle with his visit to Houlton. If all goes well, he’ll have sites selected by the end of 2022, construct his sculptures by 2023, and complete installation by early 2024.

For the eclipse itself, videos will document the stages of occulation at the various sites – the moment of arrival, enveloping shadow, totality, returning light, and passing umbra. Post-eclipse but prior to disassembly and removal, the sculptures – and community art – will be “reminders of the eclipse event, allowing for reflection.” As Dean describes in his thesis statement, it’s sure to be “a cosmic, galactic-scale phenomenon/movement that will spark imagination…”

For more information about this event, contact Michelle Mishaan at michelle.mishaan@maine.edu. For inquiries about the project, contact Dean at lighttrace24@gmail.com. To learn more about the artist, visit www.henrydean.com.

Forbidden foods for our four-legged friends are many and can be very dangerous if ingested. Sometimes, we give our pets leftovers or what we consider treats. According to many sources, some human foods can make an animal very sick, and in certain cases can even be lethal.
What's Happening This Week END_OF_DOCUMENT_TOKEN_TO_BE_REPLACED