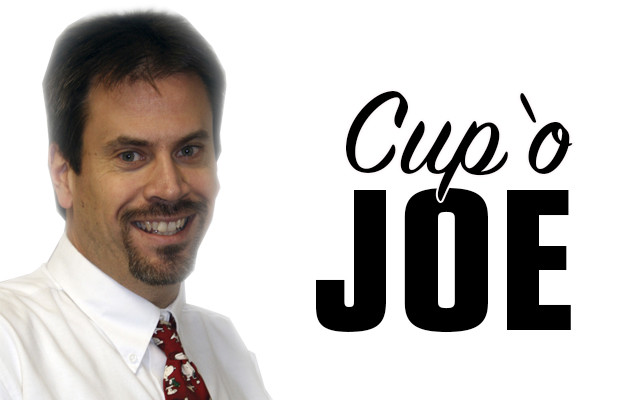 A time for tenting no more

Joseph Cyr • August 2, 2022
It may have taken nearly 22 years of marriage, but I think I have finally convinced my wife that tenting is no fun.

It may have taken nearly 22 years of marriage, but I think I have finally convinced my wife that tenting is no fun.

Last week, to celebrate her birthday, the two of us spent four days camping in the beautiful Sebago Lake area of southern Maine. The trip marked the greatest amount of time we have spent sleeping in a tent, and also the longest we have been away from our children, who are not so little anymore.

And while on the surface that may sound like a recipe for an exceptional time, things do not always go as planned.

My lack of enthusiasm for camping has been pretty well documented during my time with the newspaper. I have never fully appreciated, or understood, what motivates someone to want to sleep on the ground when a bed is far more comfortable.

Sure, it is nice to be able to lie underneath the stars, with little to no city lights obscuring the views. I get that. But lugging a ridiculous amount of gear in order to make that happen seems counterproductive to the whole goal of no stress and maximum relaxation.

Occasionally, I would put up enough of a fight so that my wife would acquiesce and we would rent a cabin instead. These units often came with electricity, a refrigerator and microwave, and sometimes satellite television to bring all the amenities from home to the great outdoors.

My wife would always counter that this wasn’t exactly camping. And she was right. It was better — at least for me. There was never any argument over where to put the tent, how the darn thing went together, and where on Earth we would hang the tarp to help cover it in case it rains.

For this trip, however, it was her birthday and she was going tenting with or without me.

On the first day of our trip, we discovered that the campground was not exactly as accommodating as it seemed on its website. While the brochure touted several “tent sites,” we quickly realized that we were the only lot in the entire campground that wasn’t sitting under the awning of a massive R/V, pulling cold beverages out of a miniature refrigerator.

Next, the camp store, if you could call it that, closed its doors at 5 p.m. daily and only sold a small amount of goods. But that was OK, we brought plenty of food, or so we thought.

While visiting the store to replenish the long since melted ice in our cooler, I learned that the campground — and every store within a 10-mile radius for that matter — was completely out of ice. Based on conversations with other campers, the ice shortage had been going on for some time, but they didn’t care. They had their minifridges.

Thankfully, a larger city was just 20 minutes away, so we made the most of it and took a road trip and grabbed some lunch while we were at it. It’s a good thing we did, because plans to enjoy a wood-fired pizza at the camp’s restaurant were soon dashed when we learned they were only open Thursday-Sunday.

The final straw came on our second day when a massive thunderstorm came roaring through the area. We were in the middle of an intense game of cards when I felt a few raindrops. We relocated to the tent and hoped for no leaks.

The rain quickly picked up in intensity, but we made plans to ride the storm out. All that quickly changed when the winds started howling. First the tarp let loose, so I rushed out of the dry comfort of the tent to stand in a monsoon as I tried to keep the tarp from blowing away.

That’s when the entire tent actually started to move as an even bigger gust blew through. Having visions of the tent, with my wife inside, blowing away, I gave up on the tarp to add my weight to the contents inside. The plan worked as my added bulk seemed to be enough to keep things in place.

After what seemed like an eternity, the rain finally stopped and the sun came back out. We made it through the storm, relatively unscathed, aside from a section of our bed that got soaked. My wife made the decision then and there that she was done with tenting and who was I to argue?

Before we ever got home, she had already taken a photo of the repositioned tent and posted it to sell on social media. Does that mean our camping days are over? No, definitely not. But I think future excursions will be something a bit more upscale, at least for the time being.

Joseph Cyr is the assistant editor/senior reporter for the BDN weekly newspapers. He can be reached at 532-2281 or via email at jcyr@bangordailynews.com

Next year's Caribou City Council will include a new member and a longtime councilor thanks to Tuesday's election.
Pets END_OF_DOCUMENT_TOKEN_TO_BE_REPLACED

When I wrote the first story of our dog Odie, I didn’t know that I would write a Part 2, but there were so many more stories that I decided more of this little dog’s story needed to be told.
What's Happening This Week END_OF_DOCUMENT_TOKEN_TO_BE_REPLACED