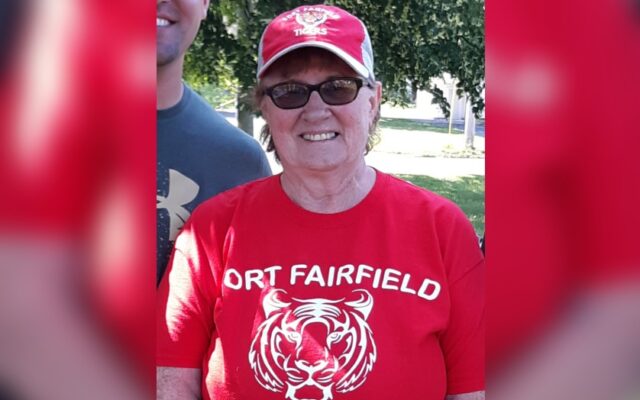 Melissa Lizotte • August 4, 2022
After four years of leading the Maine Potato Blossom Festival, its current director, Cheryl Boulier, will step down this fall.

FORT FAIRFIELD, Maine – After four years of leading the Maine Potato Blossom Festival, its current director, Cheryl Boulier, will step down this fall.

Boulier announced her resignation via the festival’s Facebook page on Tuesday, stating that she will officially leave her role on Oct. 1.

A Fort Fairfield native, Boulier became director in 2019, not long after she had retired and left Northern Light Health. Prior to that she served as the director of the former Fort Fairfield Chamber of Commerce and operated her own business, Cherie’s Flowers and Gifts, in town.

Boulier said that she embraced a “truly blessed” opportunity to be part of a festival that defined a large part of her childhood. She grew up on the Bell family farm in Fort Fairfield and remembers how important the festival has always been for the town.

“I knew at an early age the importance that agriculture played in our lives then and still does today for many,” Boulier said. “I’ve been thankful for the opportunity to continue this old tradition that many grew up with and choose to return home for every year.”

For nine days every July, the Maine Potato Blossom Festival draws thousands of residents, Fort Fairfield natives and tourists from across Maine and the country. The festival that began in 1947 is known for taking place when potato plants begin sprouting purple, yellow and white blossoms, a sight many look forward to seeing.

Thanks to the work of one paid director and numerous volunteers, people have enjoyed traditional events like the Potato Blossom parade, potato queen pageants and high school class reunions, as well as a slate of musical performances and the always popular food vendors.

Boulier’s biggest challenge as director came in 2020, when she canceled the festival due to fears of COVID-19 spread. She brought the festival back in 2021 with a full slate of events and activities.

This year the festival celebrated its 75th year, a milestone that corresponded with Boulier’s decision to retire from the festival and begin a new chapter.

“My main reason [for resigning] is to spend more time with family in the summer,” Boulier said. “My daughter has a beautiful home now at Long Lake and my husband and I want to spend more time there. We’re at an age where we want a slower pace.”

Fort Fairfield Town Manager Andrea Powers said that the search has begun for a new festival director who has “excellent time management skills” and a passion for working with volunteers, town staff, local businesses and vendors to bring the festival to life.

Powers said that from the beginning Boulier brought a clear passion for community and agriculture to the festival.

“Cheryl was integral to bringing the festival back to its agricultural roots and supporting agriculture in our community,” Powers said. “She made connections with vendors new and old and was gracious in thanking our community for the support.”

The town hopes to hire a new director prior to Boulier’s anticipated departure in October, Powers stated.

Next year the Maine Potato Blossom Festival will return from July 8-16.

Most of us have had just about enough of hearing about COVID-19 and the different variants that are popping up, but unfortunately, this pesky virus is still around.  It’s important to know a few warning signs and tips if you think you or your furry family members are affected with this illness.
What's Happening This Week END_OF_DOCUMENT_TOKEN_TO_BE_REPLACED