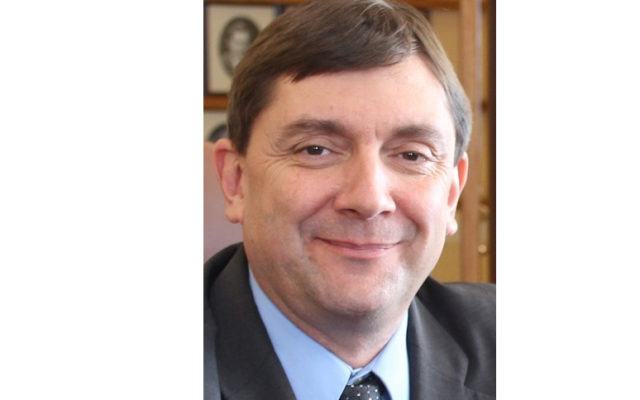 Honoring first responders on the 9/11 anniversary

Sen. Troy Jackson, Special to The County • September 15, 2022
Twenty-one years ago, I was working in the woods, out of cell phone range and miles away from the closest television. It seems like a lifetime ago — I had just graduated from the University of Maine at Fort Kent, celebrated my 29th birthday and had never stepped foot in the Statehouse as an elected official.

Twenty-one years ago, I was working in the woods, out of cell phone range and miles away from the closest television. It seems like a lifetime ago — I had just graduated from the University of Maine at Fort Kent, celebrated my 29th birthday and had never stepped foot in the Statehouse as an elected official.

But like most Americans alive on Sept. 11, 2001, I remember the moment I learned that a plane had struck one of the Twin Towers in New York City. I remember hearing my boss’s voice come on the radio to deliver unimaginable news — news that didn’t become real until I saw the images flash across the screen later that night.

Two decades later, we mark this solemn anniversary with a vow to never forget the loss and sacrifices of that day. For some of us, this vow is more than a promise, it’s the reality we live with. The graphic display of tragedy and devastation is forever seared into our memories-  and so is undeniable heroism.

That day we saw extraordinary men and women respond to the first attack by running full speed toward the fiery crash atop one of the world’s tallest buildings. They did so without hesitation, not knowing what they would find and intent on saving lives, many losing their own in the process. We saw firefighters, paramedics, EMTs, and members of law enforcement from other states band together at Ground Zero to support their colleagues in New York, help survivors and honor their fallen brethren.

First responders showed up for this nation in our darkest hour because that is what they do. Now, more than twenty years later, we must continue to show up for them. The way to prove we haven’t forgotten those we lost, the heroism we witnessed, and the sacrifices that were made is by supporting and investing in our first responders and emergency services here in Maine.

For years, I’ve fought to ensure that the people who risk their life, from law enforcement to firefighters, get the retirement benefits they are owed. I’ve also worked to ensure that they can afford to do the job at hand– whether it’s fighting to increase reimbursement rates so ambulances remain operational or working to restore revenue sharing so municipalities can afford to fund these essential services. We’ve made progress but there’s a lot more we need to do.

Right now, emergency services departments across the state have reached a crisis point, especially in rural communities. To help departments attract and retain personnel, I partnered with Senator Chip Curry of Belfast to establish a grant program that will support local EMS departments doing this work. However, significant long-term changes must be made in the way we support first responders and emergency services.

The good news is that this work is already under way. The Blue Ribbon Commission created by the Legislature to study EMS access and make recommendations began meeting last month. I appointed Scott Dow, a firefighter and paramedic from Caribou, to serve on the commission to ensure that first responders are the ones leading the discussion. First responders know what the problems are and understand what it takes to be on the scene in moments of crisis because they’ve lived it. Scott’s input will be invaluable to this work.

First responders show up for people in moments of personal disaster and despair every single day. We count on firefighters to show up when there is a gas leak threatening our families and home. We count on law enforcement to show up when we call 911, and we count on paramedics and EMTs show up with an ambulance when a loved one’s life is at risk. Making sure that these folks have the resources and support to serve our families and neighbors, and be there when we need it most is the least we can do.

As always, please don’t ever hesitate to reach out.

Gubernatorial candidate John Glowa said that he wants to spur government reform that truly creates a system of, by and for the people when he visited Presque Isle City Hall.
Pets END_OF_DOCUMENT_TOKEN_TO_BE_REPLACED

Many of you have been asking about our super popular “Toast to the Animals” celebration. After several COVID-19 cancellations and not being able to host this great fundraiser, we are finally ready to celebrate the animals once again and help support the Central Aroostook Humane Society.
What's Happening This Week END_OF_DOCUMENT_TOKEN_TO_BE_REPLACED