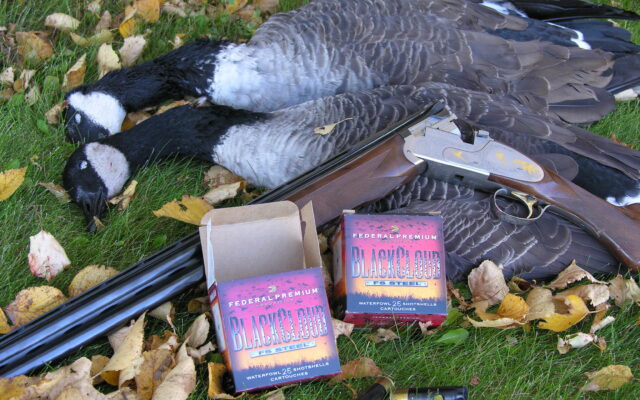 Bill Graves, Special to The County • September 30, 2022
It’s difficult to believe that 30 years ago the federal government outlawed all use of lead pellets in shotgun shells used to hunt waterfowl.

It’s difficult to believe that 30 years ago the federal government outlawed all use of lead pellets in shotgun shells used to hunt waterfowl. The law was effected to protect a wide array of animals that were ingesting lead pellets shot at ducks and geese in the same areas for decades, and also by many miscellaneous flora and fauna in water and ground cover where lead pellets fell and accumulated over years of shooting.

It was a necessary step and has saved the slow, suffering death by lead poisoning of millions of wildlife species, but the long-term effect on ammunition manufacturers, migratory bird hunters and their feathered quarry has been profound.

Steel shot was the immediate replacement pellet, and it soon became apparent that it was an abysmal choice, lacking the weight, penetration, speed and tight pattern distance of the heavier lead. Ammunition companies experimented widely to improve performance of their steel loads, and there was some success — they increased amounts and types of powder and altered the construction of the plastic wads that hold the pellets and help keep tight patterns at longer ranges.

One answer was to increase shot size. If you usually use size 4 pellets for ducks, go to a larger size 2 steel pellet. A couple of companies changed pellet configuration, going from a round shot to a multi-sided pellet with more cutting edges that is supposed to penetrate better, do more damage and therefore be more deadly, resulting in less crippled and lost birds. But still the issue remains that hunters need to train themselves to wait for closer targets when using steel loads. Any shots beyond 40 yards with a 2 3/4-inch 12-gauge are pushing the limit. 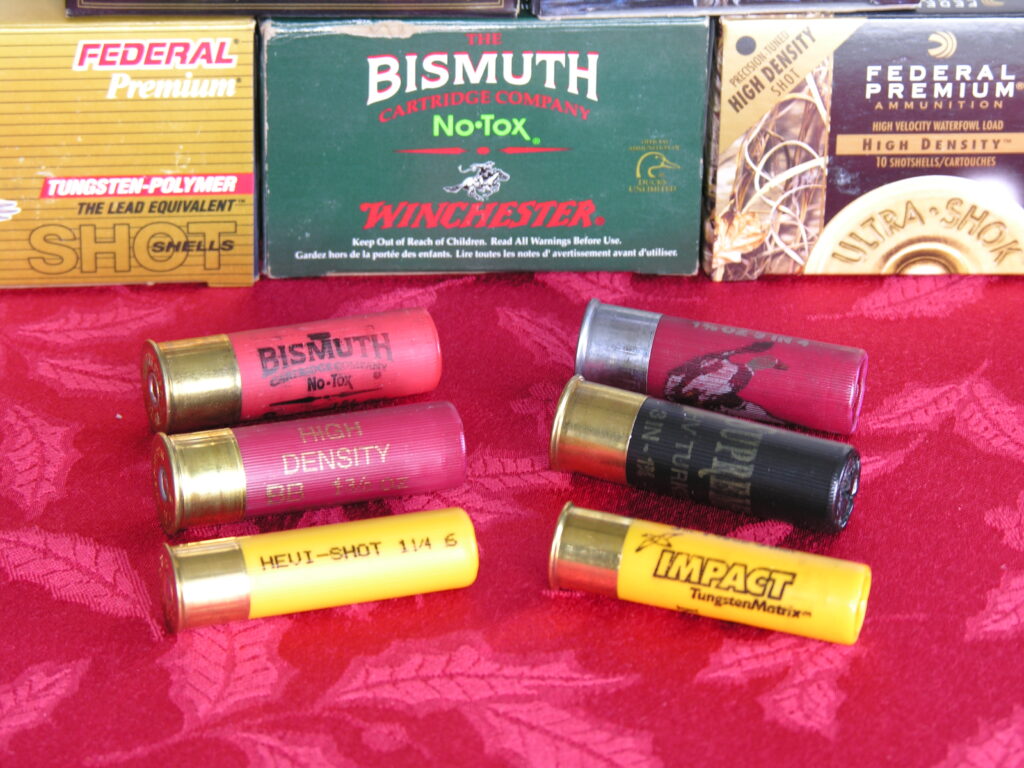 Although steel pellets are the less expensive option to replace lead in shotgun shells, there are far more effective combinations being manufactured for waterfowl hunting that can be used in all shotguns and cripple less birds. (Courtesy of Bill Graves)

Another very crucial situation with steel pellets is their lack of softness and malleability like lead. This is a vital issue for older fixed-choke shotguns as well as any tight-choke modern scattergun when shooting larger pellets such as BBs for geese.  A unique, somewhat rare event called “bridging” can occur. This is when several larger pellets try to exit at the same time when a shot is fired, and actually bulge and damage the barrel. Lead pellets are soft and have some give, but steel does not.

The answer to prevent bridging is to use more open choke tubes — modified instead of full, for example — and/or use smaller pellets. The smaller shot size reduces penetration, range and lethal effect, however. Another issue is that repeated firing of steel-loaded shells in a steel shotgun barrel will cause far more wear than softer lead pellets. Manufacturers have tried to reduce this friction wear issue by using longer, sturdier shot cup wads, but only time will tell if it works.

I decided early on, along with a growing number of waterfowl hunters, to use one of a small, but expanding line of non-toxic shotgun shell options. These are notably more expensive, but far more effective, with some pellets even better than lead and no chance of damage to even old models of double-barrel and fixed, full-choke shotguns.

The two options most similar to lead pellets and in some ways more effective are bismuth and Hevi Shot. Both offer weight, velocity, pattern and penetration to be lethal on ducks and geese at 50 yards or even 60 in certain conditions. These shells can be used in older firearms and with all choke sizes without harming the barrel and muzzle.  Cost may be a factor, as these non-toxic options are much more expensive than steel loaded shells.

Companies that offer these superior shotshells in boxes of 10 or 25 include Boss Bismuth & Kent Bismuth. This metal’s properties are the closest to lead, and prices range from $2 to $4 per shell. There’s also Hevi X tungsten matrix, Backridge ITX tungsten blend and Hevi Shot Tungsten, nickel and iron blend for a bit less money. I’ve found that non-toxic pellets are so efficient and effective for waterfowl I’m able to drop down a size or two — size 5 for big puddle ducks and size 3 for geese. I get more pellets, better patterns and deadly penetration.

I have to mention that ammo companies manufacturing steel loads are still improving options beyond the variations in primers, powders, wads and actual shell body construction. There are loads with copper-plated steel, duplex loads with two sizes of shot in layers or metal combo pellets like Black Cloud’s tungsten/steel loads. Other steel options to investigate would be Kent Fasteel, Browning Wicked Blend, Winchester Blind Side and Remington Nitro Steel.

Over the last couple of years, sporting goods stores have suffered a major shortage of all types of ammunition due to the long COVID-driven shutdowns of all shell manufacturers. Choices are still limited, especially in the most popular shotgun gauges, shell lengths and pellet sizes, and waterfowl shells are at a premium with low availability and high prices. Better go shopping soon since the duck and goose seasons are in full swing and will be until December.

That old adage “get the lead out” has never been more appropriate; the big decision will be what to replace those now prohibited shotgun pellets with from the vast choices but limited selection.

Next year's Caribou City Council will include a new member and a longtime councilor thanks to Tuesday's election.
Pets END_OF_DOCUMENT_TOKEN_TO_BE_REPLACED

Happy fall to you all.  It has been a super beautiful one so far. The harvest has gone well and the temperatures have remained warm, so enjoy these rare days because before long we will be into the winter months, and we all know what that means.
What's Happening This Week END_OF_DOCUMENT_TOKEN_TO_BE_REPLACED