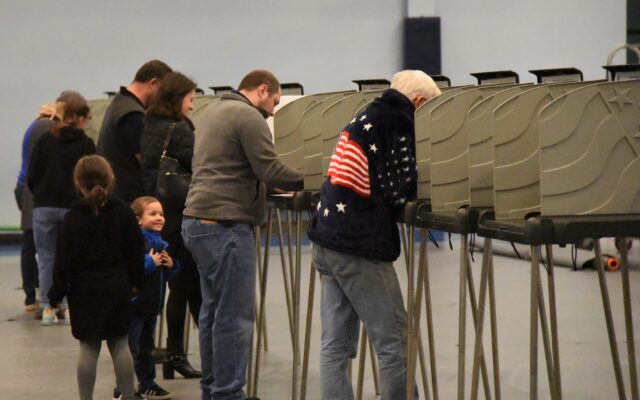 Roughly 3,310 voters turned out in Presque Isle. That was more than expected and there seemed to be a lot of voters who were new to Presque Isle or had a recent change of address, according to Presque Isle city clerk Kim Finnemore.

Presque Isle voters re-elected Doug Cyr and Jeffery Willette to the Presque Isle City Council in the local election. Willette had the highest total votes with 1,961, while Doug Cyr claimed 1,657, and Donald Gardner had 1446.

Candidates Willette and Cyr will have another four-year term on the council as the last day of the budget workshop for 2023 is coming up on Nov. 16.

It was a close race in Presque Isle for House of Representatives District 2 in ranked choice voting between Democrat Jared Golden at 1,525 total votes, with three short of Bruce Poliquin at 1,528 for voters first choice picks.

Presque Isle voters also went for Harold “Trey” Stewart with 2,199 total votes to Danielle Fienberg’s 1,059 with the race still to be decided at a little more than 80 percent of the vote reported.

Maine School Administrative District 1 school board candidates all run unopposed for seven seats set to expire at the end of 2022.

Next year's Caribou City Council will include a new member and a longtime councilor thanks to Tuesday's election.
Pets END_OF_DOCUMENT_TOKEN_TO_BE_REPLACED

Everyone who enjoys the company of a dog knows that sometimes dogs have strange behaviors.  They may arrive in your life with the behaviors already in place, or perhaps they are adopted as a puppy and develop a behavior young.
What's Happening This Week END_OF_DOCUMENT_TOKEN_TO_BE_REPLACED