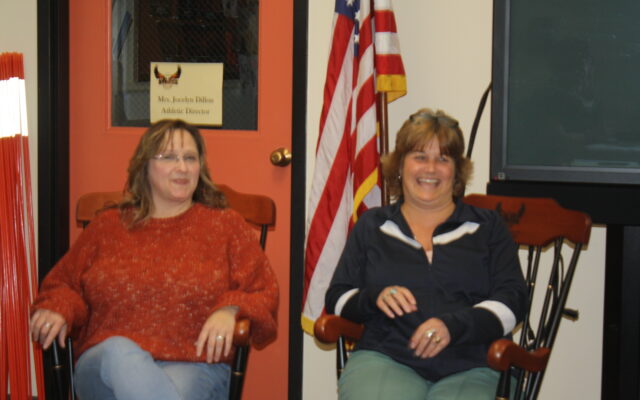 Melissa Lizotte • November 14, 2022
After many rounds of testing and public criticism regarding the superintendent's alleged handling of the initial results, Limestone Community School is seeing lead levels in drinking faucets drop to safe levels.

LIMESTONE, Maine — After many rounds of testing and public criticism regarding the superintendent’s alleged handling of the initial results, Limestone Community School is seeing lead levels in drinking faucets drop to safe levels.

Four of the seven faucets that school officials retested are below the state’s 4 parts per billion limit, according to data from the Maine Center for Disease Control and Prevention. Three of the faucets are located within the Maine School of Science and Mathematics, which shares a building with LCS.

Children who drink water containing high levels of lead can be at risk for learning disabilities, damage to the nervous system and kidneys and brain development problems, according to the Maine Department of Health and Human Services.

An MSSM home economics sink is testing a 2.1 ppb while two water fountains are testing at 1.4 and 1.3 ppb. The remaining kitchen sink, located in Limestone’s Recreation Department, which also shares the building, has tested at 1.4 ppb.

Those sinks had previously tested at 18.7, 8.9, 8.1 and 43.7, respectively, from initial samples in February and at 15, 6.4, 6.9 and 107 ppb, respectively, during follow-up testing in August. The most recent results occurred after the school disconnected and installed water filters at affected sinks.

At the latest school committee meeting Wednesday, Superintendent William Dobbins said that he and school officials had not yet received results for the remaining three faucets, which are connected to a kitchen sink and wall mount sink at MSSM and a teacher’s room in LCS.

“We tested [the three remaining] sinks this week and are still awaiting results,” Dobbins said.

Dobbins faced public criticism after MSSM Executive Director Sam Critchlow alleged that he waited three months before notifying school and community members of the initial lead test results. At the time, 25 of the school’s 37 faucets tested well beyond the state’s limit of 4 ppb or the Environmental Protection Agency’s 15 ppb.

Records later showed that LCS provided public notification of the initial results in May, after CDC officials requested those results. At that time, several follow-up tests had already been done.

The CDC indicated through records that Dobbins also waited three months to notify community members in Caswell about initially high lead levels of lead at Dawn F. Barnes Elementary School. All 19 faucets tested below 1 ppb after follow-ups in July.

In September, Dobbins told Limestone school committee members that he waited to notify the public of the initial results so that the committee would know first. Committee members said that they did not know the results until June and urged school officials to conduct remediation and further tests.

Committee members did not offer further comments during Wednesday’s meeting.

Beaulieu served on the school committee from 2019 until 2022 and was instrumental in LCS’s efforts to withdraw from RSU 39, Dobbins said.

Next year's Caribou City Council will include a new member and a longtime councilor thanks to Tuesday's election.
Pets END_OF_DOCUMENT_TOKEN_TO_BE_REPLACED

What a beautiful fall we are having.  We hope you and your furry friends have been able to go on long walks enjoying all these “bonus days.” Even though the pandemic has put an unexpected cramp in most of our lives, we are all starting to get a glimpse of our past “normal” life reappearing.  There will definitely be the usual ghosts, goblins and superheroes out on the prowl on Halloween night.
What's Happening This Week END_OF_DOCUMENT_TOKEN_TO_BE_REPLACED