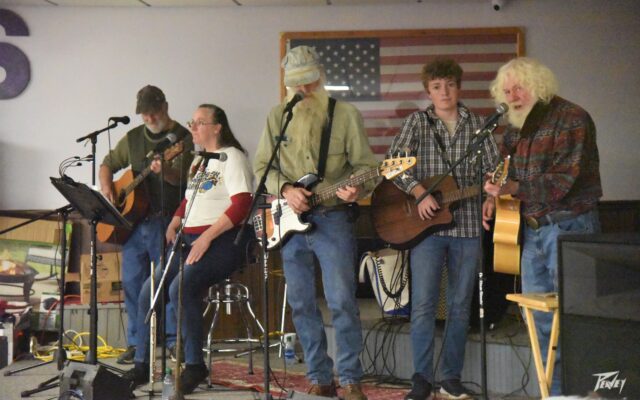 Paul Bagnall • November 15, 2022
James “Sheldon” Wright and his friends have played at the local Elks’ Veterans Day supper for the last 15 years, and this year performed for roughly 85 veterans.

PRESQUE ISLE, Maine — James “Sheldon” Wright and his friends have played at the local Elks’ Veterans Day supper for the last 15 years, and this year performed for roughly 85 veterans.

The Presque Isle Elks Lodge 1954 holds the supper every year at their 508 Main St. hall to honor those who served.

Wright served in the U.S. Marine Corps’ 3rd Recognizance behind enemy lines in Vietnam, which was a highly decorated battalion, he said. At one point, Wright was the team leader of eight Marines out of around 25 teams collecting intelligence on the Viet Cong. He joins members of his Recognizance Team across the country for reunions.

“There’s always new veterans coming up and a lot of veterans dying off. Hopefully we don’t have to make any more to replace them,” Wright said.

Everybody calls him “Sheldon,” because there were many family members named James. Most would use their middle name to avoid confusion, he said. 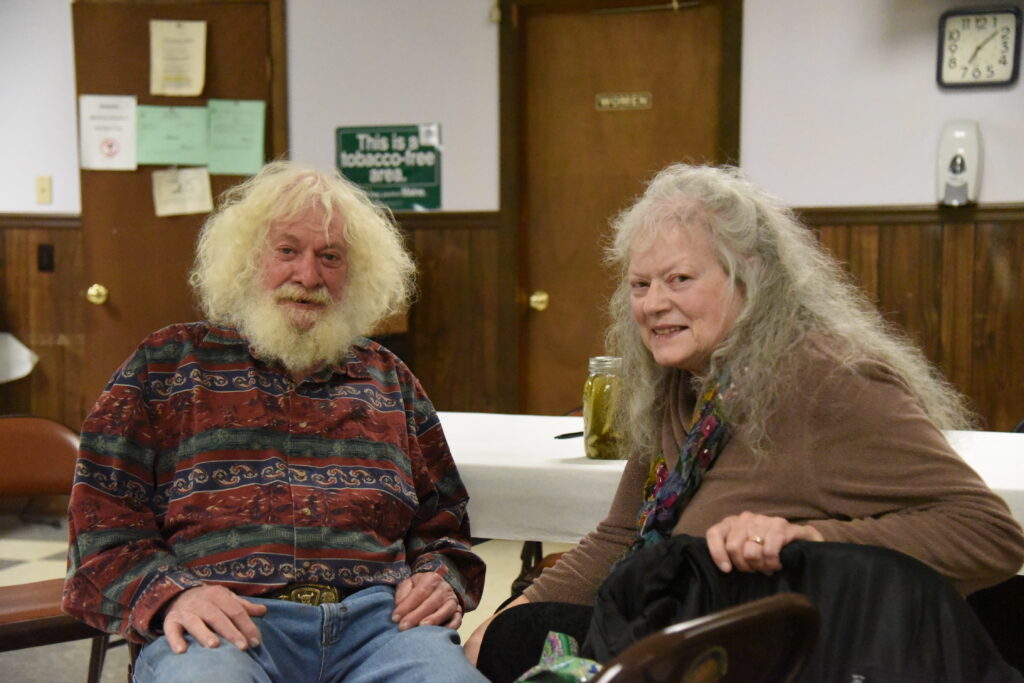 Wright moved back to The County about 20 years ago. When he returned from Vietnam he was a front man on vocals for a band called Micky Thunder, which changed its name to Sprucy Ruthy and the Budworms and later Sons of Cash. Wright also played for the Doo-Dah Band.

“We all used to play together and jam at my barn and different places,” Wright said.

When he first started out, Wright knew just a couple of chords on the guitar, but would use it as a prop.

In his band’s current formation, Wright plays acoustic guitar and is the lead vocalist, singing Americana and veteran-related songs like “Down to my Last Magazine.” Also a songwriter, Wright said one of his more personal untitled songs was about aging, prompted after he returned to Aroostook County and saw his father had aged considerably since he was in Vietnam.

Wright said he has a room in his barn big enough for six people to play in jam sessions. That’s where they learn new songs to perform.

“I think everybody else has their own way of writing and mine just come to me because I know so many songs. Over the years it’s built in,” Wright said.

He has his songs written down at home, mixed in with other songs his friends have written over the years. Wright doesn’t plan to do anything with his songs at the moment; he writes songs because he enjoys the process. He loves playing for small audiences of 25 to 50 people.

Johnny Cash and Jim Horton inspired him, he said, and he was also a big John Prine fan. Wright has performed around 1,000 different songs over the years.

This year’s veterans supper drew a crowd of about 150, including veterans’ spouses and children. The menu included moose lasagna, potato salad, swiss steak, and seafood chowder, to name a few. Moose meat was donated by the Maine Wardens Service. 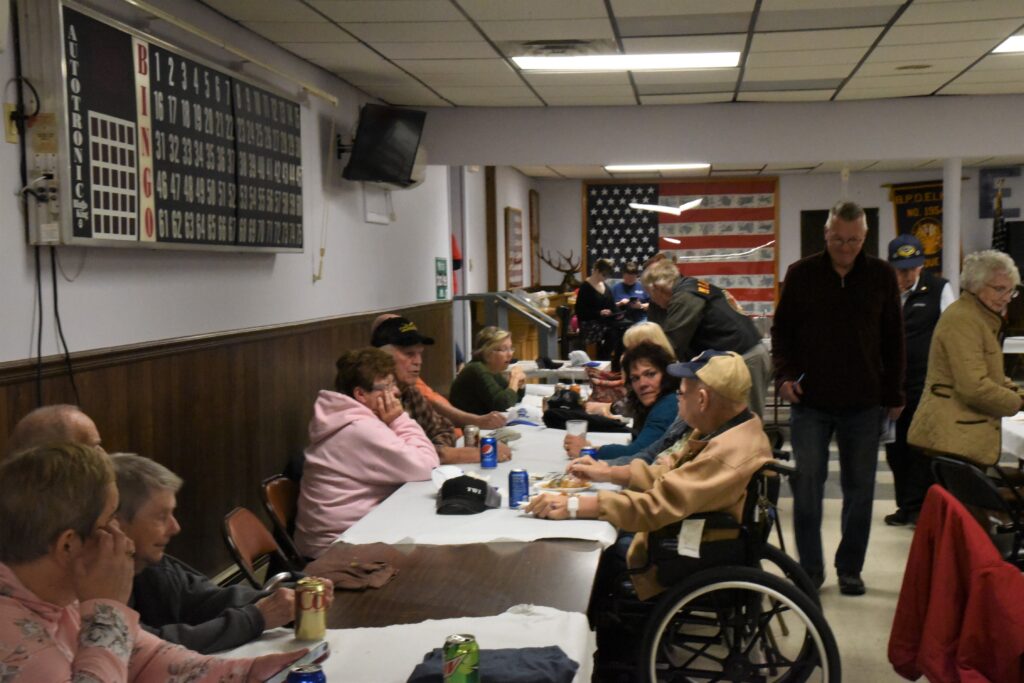 PRESQUE ISLE, Maine — November 11, 2022 — Veterans and their friends and families gather at the Veteran’s Day Supper at the Elks Lodge on Main Street in Presque Isle. (Paul Bagnall | The Star-Herald)

Next year's Caribou City Council will include a new member and a longtime councilor thanks to Tuesday's election.
Pets END_OF_DOCUMENT_TOKEN_TO_BE_REPLACED

The snow and the cold weather has arrived. If we listen to everyone it is going to be a difficult winter.
What's Happening This Week END_OF_DOCUMENT_TOKEN_TO_BE_REPLACED