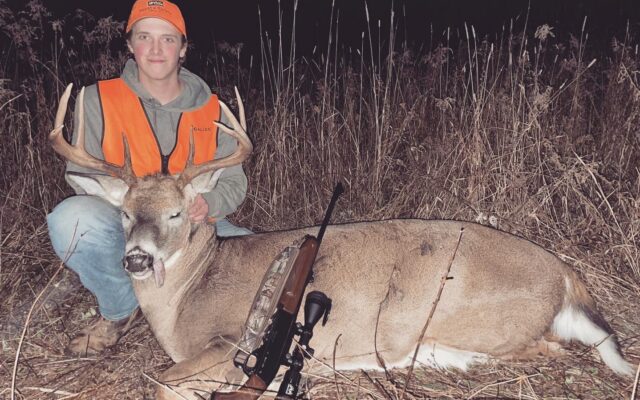 Time for a deer gun discussion

Bill Graves, Special to The County • November 21, 2022
If you care to ignite a fiery discussion among a gathering of deer hunters, ask which whitetail rifle is superior for Maine.

If you care to ignite a fiery discussion among a gathering of deer hunters, ask which whitetail rifle is superior for Maine. I assure you there is no correct answer, but boy, are there a lot of personal opinions.

Personally, I’ve been on Jack O’Connor’s team for over 50 years. He was the first and foremost promoter of the .270 Winchester. I’ve filled a lot of big game tags with this fast, flat-shooting caliber, and with the right factory loads, and especially with my personal hand loads, would use it confidently on any North American game animal except a grizzly bear.

Results from an annual survey of Maine hunters that’s been ongoing for decades place the .270, 30-.06 and .308 as the top three favorite deer rifles year after year. I would not be surprised to find that terrific trio leading the voting in most of the 50 states. Although not in the top trio, a lot of whitetail enthusiasts, especially the older generation, as well as brush and thick timber hunters, still lug a .30 caliber carbine of some sort. It would be mind boggling to know the big game animals, especially whitetail deer, that have fallen to a 30-30, 32 special, 35 Remington or a .300 Savage over the last century.

I’m positive a high percentage of Pine Tree State hunters own at least two big-game guns. Long-range, larger caliber rifles topped with high-power scopes are great for open country hunting since there are thousands of huge agri-fields in many counties. Acres and acres of thick forest also cover much of the state, so there’s a need for short-barreled, quick-mounting “brush” guns with open sights or low-power optics for those outings.

If you consider the increasing number of women and young sportsmen taking up shooting and hunting sports, other rifle options are coming to the forefront and quickly gaining in popularity. 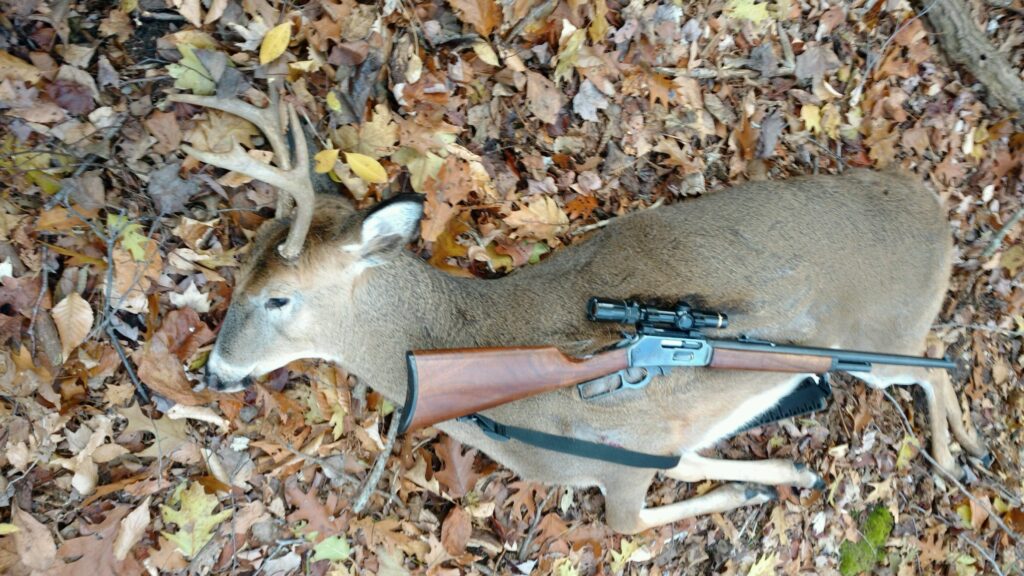 A lot of Maine deer hunters still favor an older caliber like this lever-action Winchester 30-30. It’s been a favorite “brush gun” for well over a century and still puts plenty of venison in the freezer. (Courtesy of Bill Graves)

The .243 Winchester was initially created in 1955 as a long-range varmint cartridge with 55- and 75-grain bullets using a necked-down .308 casing, but shooters soon realized that with 100- or 115-grain loads it became a very efficient deer gun. A .243 rifle is flat-shooting, has over 3,100-feet-per-second velocity with almost 1,800 pounds muzzle energy. It has light recoil perfect for youth hunters as well as small-framed women. Over a dozen lengths, weights and shooting actions are manufactured by several firearm brands, so no matter the gender or size, there’s a .243 to fit. A friend actually used this caliber to down a bull moose this past September with one well-placed shot, so it will certainly bag a buck. The .243 is well worth investigating as an all-around deer rifle.

In 2007, an all-new cartridge was created by ballistic scientists at Hornady, the 6.5 mm Creedmoor, specifically designed for long range target shooting. Over the years, loads have been developed for the 6.5 that make it an excellent deer gun, some can duplicate muzzle velocity and trajectory of the .300 Winchester Magnum but with significantly reduced recoil.

Certain models of the 6.5 Creedmoor with specific finely tuned hand loads can offer regular accuracy at targets beyond 1,000 yards. Think of what one of the many models in regular production runs with top rate factory  cartridges can accomplish at a mere two or three hundred yards with a good scope. This fairly new caliber may be perfect for hunters looking for a change.

My final suggestion is a brand new rifle caliber that’s not yet a year old but skyrocketing in popularity, in fact it may be difficult to even purchase a Winchester 6.8 Western. Based on a restructured .270 Winchester Short Magnum (WSM) cartridge, the 6.8 Western offers a dependable and devastating big game load, and a wonderful whitetail option.

Model 70 is a renowned Winchester rifle model and offers nine versions of the 6.8, and Browning features several models as well. Sierra and Nosler have developed heavier bullet weights yielding better penetration and expansion for this short-action rifle cartridge. The 6.8 Western is likely to be around for decades as a long-range, big-game gun, and Maine deer hunters would do well to check out this up-and-coming caliber.

Like most of Mom’s favorite recipes, the trio of old favorite deer rifles are just as good now as they were decades ago. But every once in a while a new “flavor” is worth checking out; new food or firearms always deserve a chance to join the current list of favorites.

Your deer rifle may well be good and comfortable, but is it the best of current options? Might be time to browse the new choices a bit.

Next year's Caribou City Council will include a new member and a longtime councilor thanks to Tuesday's election.
Pets END_OF_DOCUMENT_TOKEN_TO_BE_REPLACED

Everyone who enjoys the company of a dog knows that sometimes dogs have strange behaviors.  They may arrive in your life with the behaviors already in place, or perhaps they are adopted as a puppy and develop a behavior young.
What's Happening This Week END_OF_DOCUMENT_TOKEN_TO_BE_REPLACED