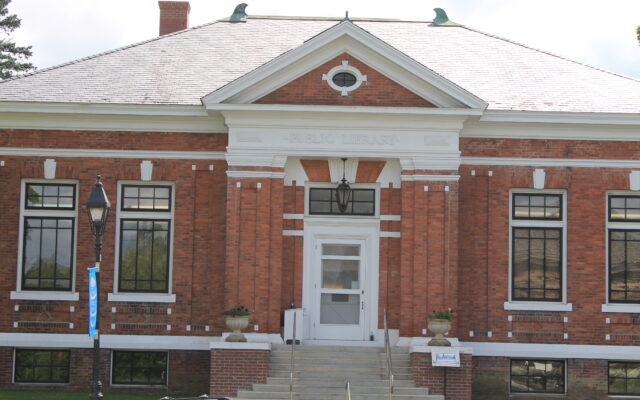 Melissa Lizotte • November 23, 2022
Days after the Fort Fairfield Town Council voted to terminate the library director, Interim Town Manager Dan Foster assured the library board of trustees the library would remain open to the community, even with limited hours.

FORT FAIRFIELD, Maine — Days after the Fort Fairfield Town Council voted to terminate the library director, Interim Town Manager Dan Foster assured the library board of trustees the library would remain open to the community, even with limited hours.

On Nov. 17, town councilors voted 3-to-2 to end Library Director Jennifer Gaenzle’s position Nov. 28 and rely on two part-time librarians instead. Their vote prompted the resignation of former board of trustees Chairperson Shawn Newell and concerns from Gaenzle about the library’s ability to provide community services.

Under state law, the Maine Library Commission sets standards, which specify that, no matter how small, all libraries must have a paid director to administer services, even if they receive a stipend instead of municipal funds.

Fort Fairfield’s vote puts the town in violation of that rule, meaning that the library could lose its access to state library resources, including inter-library loan programs, ebooks, genealogical services and online research.

Fort Fairfield will be the only town in Aroostook to not have a director operating its library.

The council’s decision comes as the town faces more than $1 million in debt and searches for drastic ways to reduce what many have seen as excessive municipal budgets.

Foster noted that in addition to two employees, four regular library volunteers will be on hand to help. Former library director Sharon Nadeau has also agreed to assist.

“I don’t see why it wouldn’t be possible [to increase library hours],” Foster said, when asked what could happen if more people volunteer.

By keeping the library closed four days a week, Foster said, it will save on heating and electric costs, making it possible to operate on a reduced budget of $49,059 compared to the $135,000 the town council approved in June. Last year’s heating expenses totaled $4,499.

Foster said that public works employees would check on the library weekly to ensure that no issues arise due to the lower temperatures during closed days.

He expects the town to save close to $60,000 this fiscal year by enacting the temporary changes to the library.

Gaenzle did not specify what services the library might be losing after she leaves, but said that discussions with the Maine Library Commission are in progress.

On Monday, the library board of trustees also agreed to postpone its scheduled agenda until Thursday, Dec. 29.

Its vote came after board member James Smith expressed concerns about an apparent violation of the board’s bylaws.

“There is no record of that [July] meeting taking place,” Smith said.

With Newell’s resignation, there is one vacant position on the five-member board of trustees. The board agreed to postpone the meeting so that all members will be present for electing officers.

After reviewing applications, the town council will appoint a new board member during its next regular meeting on Dec. 21.

The next library board of trustees meeting will occur at 5:30 p.m. Thursday, Dec. 29, at the Fort Fairfield Public Library’s community room, 339 Main St.

Next year's Caribou City Council will include a new member and a longtime councilor thanks to Tuesday's election.
Pets END_OF_DOCUMENT_TOKEN_TO_BE_REPLACED

Happy fall to you all.  It has been a super beautiful one so far. The harvest has gone well and the temperatures have remained warm, so enjoy these rare days because before long we will be into the winter months, and we all know what that means.
What's Happening This Week END_OF_DOCUMENT_TOKEN_TO_BE_REPLACED