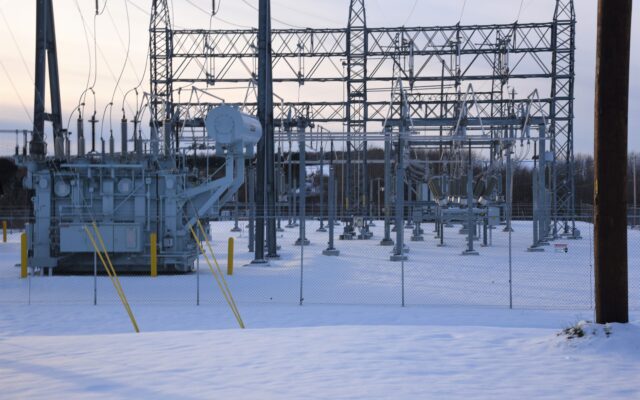 Paul Bagnall • November 25, 2022
This year has seen a high cost placed on Maine residents utility bills like electricity and gas, combined with the rising costs for food.

PRESQUE ISLE, Maine — This year has seen a high cost placed on Maine residents utility bills like electricity and gas, combined with the rising costs for food.

A couple months ago, Versant Power approached Aroostook County Action Program with an idea to get ahead of the winter’s high energy costs to customers.

The Power Match program was launched on Nov. 21 by Versant and ACAP to help residents struggling with rising costs due to inflation.

“Versant did share with us that they recognized a lot of their energy customers were facing greater challenges than they had in the past and were looking for community-based solutions on how to help meet this need,” said ACAP Director of Advancement Sherry Locke.

Power Match was created to address the rising costs of electricity for Versant Power customers struggling to keep up with their electricity bills.

The program applies to Versant Power customers in Aroostook County who are behind on their  energy bills, live in Aroostook County and below or at the margins of federal poverty levels in Maine, according to the Office of the Assistant Secretary for Planning and Evaluation.

Versant asked the community action programs to identify customers who can benefit from Power Match, verify the customers are in the eligible group, and make decisions on how to best help Versant customers in the areas ACAP, Penquis, and Downeast Community Partners are located.

“We know that rising costs have had an impact on all of our customers, so we began planning an effort to try to help those that have probably sought assistance through traditional avenues but might be slightly outside the eligibility requirements,” said Versant Power Communications Manager Judy Long.

Versant Power deals in the transmission of electricity and at the beginning of 2022 many residential customers saw an 80 percent increase of the electricity supply — owned by New Brunswick Power — on their bills, according to Long.

Long said inflation is projected to affect the cost of transmission rates in 2023. Much of the cost comes from Versant Power replacing older infrastructure on utility poles and wire installed from 60 years ago.

As of January 2022, the total monthly bill transmission rates in the Maine Public District — set by the Maine Public Utilities Commission — increased to $105 from $79, which was an 84 percent rise in electricity supply rates, for using 500 kilowatt hours per month.

To apply for the Power Match program Aroostook residents can call ACAP at 207-764-3721.

Next year's Caribou City Council will include a new member and a longtime councilor thanks to Tuesday's election.
Pets END_OF_DOCUMENT_TOKEN_TO_BE_REPLACED

When I wrote the first story of our dog Odie, I didn’t know that I would write a Part 2, but there were so many more stories that I decided more of this little dog’s story needed to be told.
What's Happening This Week END_OF_DOCUMENT_TOKEN_TO_BE_REPLACED