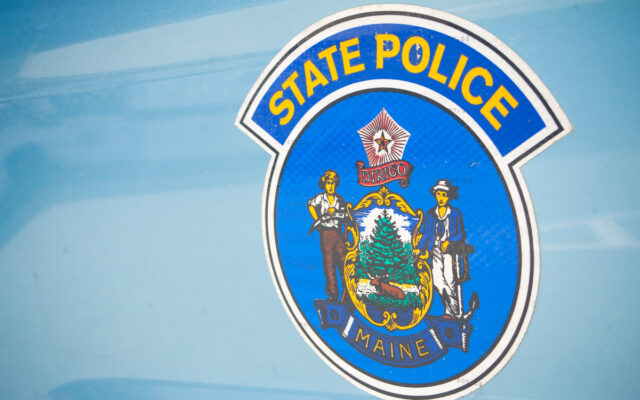 Joseph Cyr • December 22, 2022
A man was arrested Monday evening after breaking into a person’s home in Linneus.

LINNEUS, Maine — A man was arrested Monday evening after breaking into a person’s home in Linneus.

Dispatchers with the Houlton Regional Communication Center of the Maine State Police Troop F barrack were alerted to the break-in when they received a 911 call from a cell phone. Upon answering the call, the dispatcher did not hear anyone on the other end of the call and no conversation could be heard.

The call was satellite mapped to an address in Linneus, and Trooper David Barnard was sent to it. The 911 operator called the number back and spoke with an unknown male who said he needed the state police and the FBI.

As trooper Barnard was responding, a separate 911 call came in, reporting that the police were needed because a person had broken into the home. That person was identified as Joseph Kiewra, 38, of Linneus.

The caller said Kiewra had broken into the house and another person in the home was detaining him until police arrived. Kiewra was arrested at the scene without incident.

Maine State Police did not reveal the location of the residence, nor did they identify the homeowner.

“In the investigation, it was discovered that Kiewra had gained entry to the house and he did not live there,” said Cpl. Ryan Kilcollins of the MSP. “It appears he had also broken into a second building behind the residence.”

No one was injured during the incident and Kiewra was taken to the Aroostook County Jail in Houlton where he was held without bail. A court date has yet to be determined.

Next year's Caribou City Council will include a new member and a longtime councilor thanks to Tuesday's election.
Pets END_OF_DOCUMENT_TOKEN_TO_BE_REPLACED

Nearly anyone who has ever had puppies or dogs can relate to “The Zoomies.” The zoomies are defined as those sudden bursts of pent-up energy that cause dogs to run at breakneck speeds back and forth or around and around, or sometimes in a tight little circle.
What's Happening This Week END_OF_DOCUMENT_TOKEN_TO_BE_REPLACED