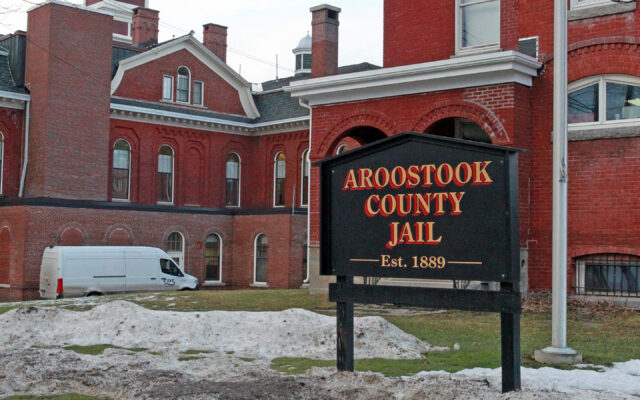 Joseph Cyr • January 4, 2023
When it comes to running a tight ship, staff at the Aroostook County Jail has once again risen to the challenge.

HOULTON, Maine — When it comes to running a tight ship, staff at the Aroostook County Jail has once again risen to the challenge.

The Aroostook County Jail earned high marks on its biennial inspection, despite operating a 134-year-old facility that has long since outgrown many of its functions.

Jail Administrator Craig Clossey and Sheriff Shawn Gillen told members of the Aroostook County Commissioners that the ACJ had once again earned high marks on its most recent Maine Department of Corrections  inspection.

The ACJ has scored 100 percent on each of its last five reviews, according to Sheriff Gillen. County Jails are reviewed every two years and the Houlton jail is believed to be the only county Jail in the state to accomplish this feat.

“Craig and the crew have done a great job over there (at the jail),” Gillen said. “We had a new guy doing the inspection and you never know what that will be like.”

Since 2013, the ACJ has received a 100 percent score on its inspections, which is a sense of pride for Clossey.

“What that means is the staff over there is really doing an excellent job of trying to maintain a very old facility,” he said.

Originally constructed in 1889, the Aroostook County Jail has undergone a couple of additions and renovations over the years, with the last one in the late 1980s.

Some sections of the jail still use the original 1890 plumbing, Clossey said, some of which is encased in several feet of concrete with no way to reach it. But, he added, the jail has been fortunate in that there have been no significant issues with that infrastructure.

Officer retention was noted in the auditor’s report as one of the areas where the ACJ excels. As of Tuesday, Jan. 3, the jail had just three empty positions, while many other correctional facilities around the state have far more vacancies. Clossey said that was one of the highlights of the audit that made him most proud.

“During the initial brief, it was said that current staffing had three vacancies,” the report said. “This level of officer recruitment/retention is unprecedented in corrections and speaks volumes to the positive workplace culture that has been created at the jail.”

The audit also noted that the Houlton jail is the only county correctional facility in the state that can house juvenile offenders in a temporary capacity by placing them in a segregated holding area.

Overcrowding remains one of the biggest concerns for jail officials. The facility is rated for 117 inmates, but has often seen far more than that incarcerated in the building while waiting to appear before a judge.

The jail has utilized nearly every available space possible for housing inmates, areas that once served as indoor recreation rooms, but is still able to provide several private rooms where inmates can hold video conferences with their attorneys.

The most common complaint inmates raise is the inconsistent temperature of the jail. The report said that the variances in air temperature were likely attributed to the age of the facility.

At the conclusion of the commissioners meeting, the board took a tour of the jail, where they noted such issues as lack of storage space for additional bedding; storing food warming trays in hallways; and undersized kitchen and laundry areas.

Gillen said any plans to build a new jail facility are still at least five years away. A special committee has been created to explore what the needs would be in a new facility, as well as where such a jail would be located. 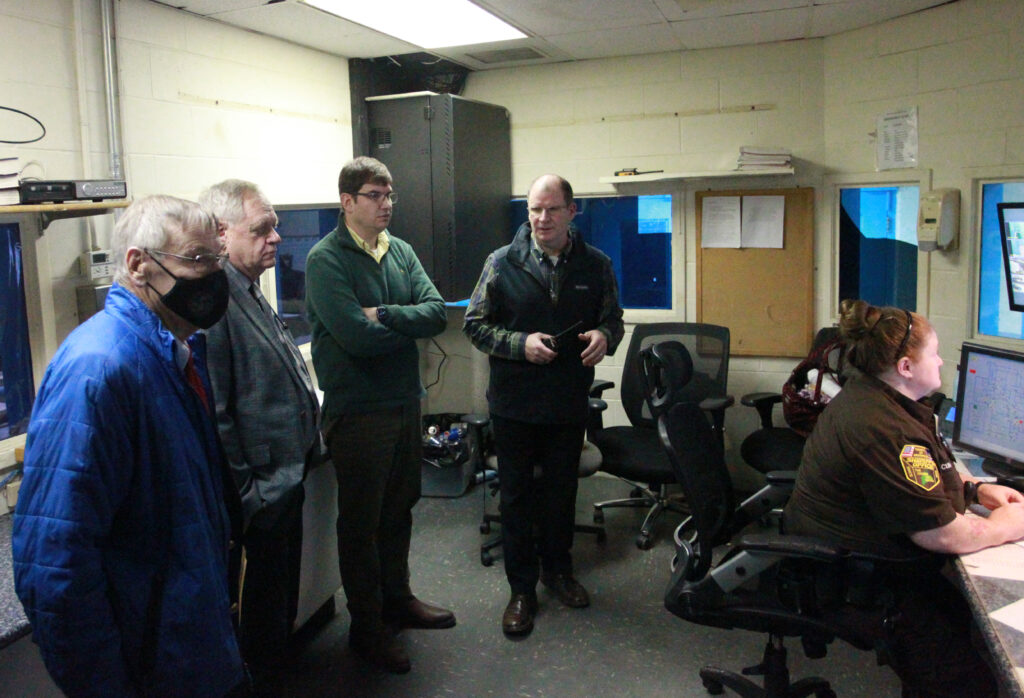 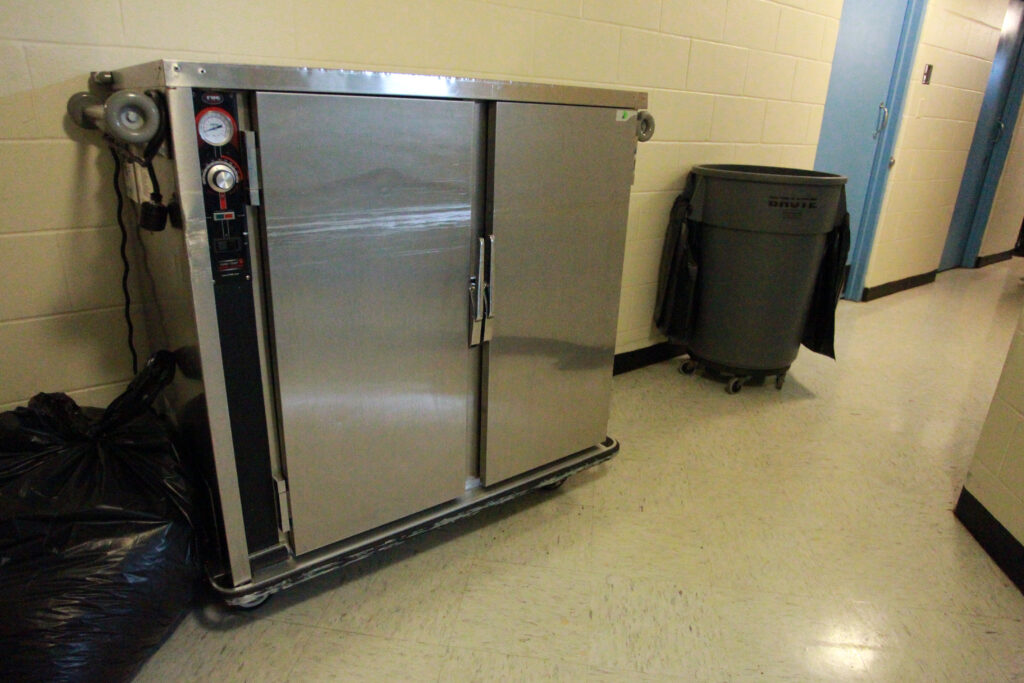 HOULTON, Maine — January 3, 2023 — A meal cart is stored in a hallway of the Aroostook County Jail . Lack of storage space is one of the issues impacting the jail. (Joseph Cyr | Houlton Pioneer Times) 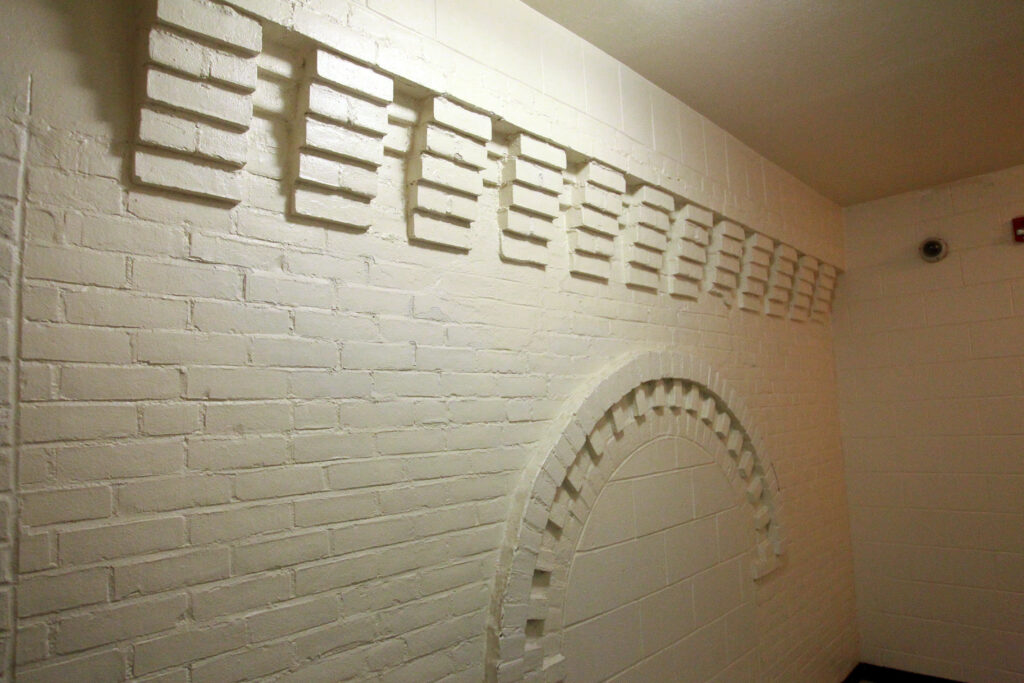 HOULTON, Maine — January 3, 2023 — The original brickwork from its 1889 construction can be found inside the Aroostook County Jail. The wall represents one of the original exterior walls for the jail before it was expanded in the 1980s. (Joseph Cyr | Houlton Pioneer Times)

Next year's Caribou City Council will include a new member and a longtime councilor thanks to Tuesday's election.
Pets END_OF_DOCUMENT_TOKEN_TO_BE_REPLACED

When I wrote the first story of our dog Odie, I didn’t know that I would write a Part 2, but there were so many more stories that I decided more of this little dog’s story needed to be told.
What's Happening This Week END_OF_DOCUMENT_TOKEN_TO_BE_REPLACED