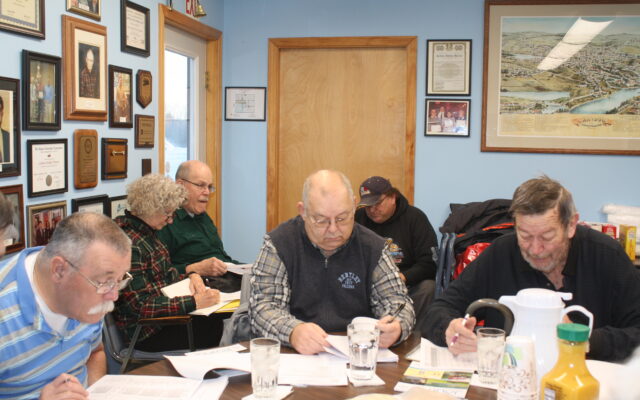 Melissa Lizotte • January 12, 2023
Appointing new members to boards and committees at the start of the year is usually straightforward for the Caribou City Council, since most people up for reappointment stay in their positions.

CARIBOU, Maine — Appointing new members to boards and committees at the start of the year is usually straightforward for the Caribou City Council, since most people up for reappointment stay in their positions.

But on Monday, the Caribou City Council voted 5-to-1 not to reappoint Caribou Utilities District trustees Jan Murchison and Nancy Solman, who served 21 and 15 years, respectively, and had reapplied for their positions. Councilors instead appointed two new members in their places: former city councilors Gary Aiken and David Martin.

A third appointee to the Board of Trustees, Phil McDonough, takes the place of former trustee John Swanberg, who passed away in December.

McDonough will serve a two-year-term while Aiken and Martin will serve thee-year terms.  McDonough previously served on the CUD Board of Trustees from 2019 to 2021.

City Mayor Jody Smith abstained from the vote while Councilor Mark Goughan cast the lone “no” vote. They and other councilors declined to comment on their reasons for voting how they did.

Many in the community, including the new trustees, said they want more financial transparency as the utilities district pursues broadband expansion efforts.

The district is seeking grants and other funds to construct a high-speed, dark-fiber internet network throughout Caribou that they claim will serve rural areas that larger internet providers have ignored. They hope to start construction in the most rural outskirts this fall.

Councilors and community members have questioned whether the project, which could take at least five years to complete and cost $1.3 million per phase, would be sustainable since this is the district’s first foray into broadband.

All three new trustees previously served on the Caribou City Council. They were three of seven applicants for the CUD Board of Trustees, including Murchison, Solman, Andrea Flannery and Nate Hersey.

Those who advocated for Murchison and Solman’s reappointment on Monday praised their professionalism, expertise on CUD finances and initiatives and support for the CUD’s broadband project.

“[Jan and Nancy] have worked through issues with respect to each other’s viewpoints and have put their personal thoughts and personalities aside to do what’s best for ratepayers,” said CUD Trustee Jay Kamm.

Councilor Mark Goughan read a letter that was signed and submitted by 45 individual community members in support of Murchison and Solman.

“I believe they have worked hard to have a great working Utilities District that continues to keep their rates affordable,” Goughan said. “I also support their hard work with bringing fiber network options that will benefit all of us in Caribou.”

CUD General Manager Hugh Kirkpatrick said Tuesday that he had not expected the council to vote against Murchison and Solman’s reappointments.

“That’s the will of the political body that the people elected,” he said.

During his first Board of Trustees meeting with the new members, Kirkpatrick and other trustees agreed more public awareness of the broadband project would benefit the community.

Aiken, who was elected president of the board of trustees Wednesday, is already thinking of ways to better inform the public of the broadband plan.

He suggested the trustees move their meeting time to 6 p.m. instead of 7:30 a.m. to allow more public attendance. The board unanimously approved that move and will consider whether to move the meeting place from the utilities district office to the city council chambers.

Kamm agreed to moving the meetings to evening, and said he’d be open to changing the meeting location if more of the public would attend.

“There’s all this stuff about the broadband [project] on social media but people don’t know what’s true and not,” Aiken said. “If more people knew, at least they could say [to those who spread misinformation], ‘Here’s what’s going on.'”

Aiken’s comments come not long after Spectrum, one of the internet providers proposing a broadband plan to the council, published anti-CUD Facebook ads targeting Caribou residents.

The trustees will meet next at 6 p.m. on Wednesday, Feb. 8, at a location to be determined.

Next year's Caribou City Council will include a new member and a longtime councilor thanks to Tuesday's election.
Pets END_OF_DOCUMENT_TOKEN_TO_BE_REPLACED

When I wrote the first story of our dog Odie, I didn’t know that I would write a Part 2, but there were so many more stories that I decided more of this little dog’s story needed to be told.
What's Happening This Week END_OF_DOCUMENT_TOKEN_TO_BE_REPLACED