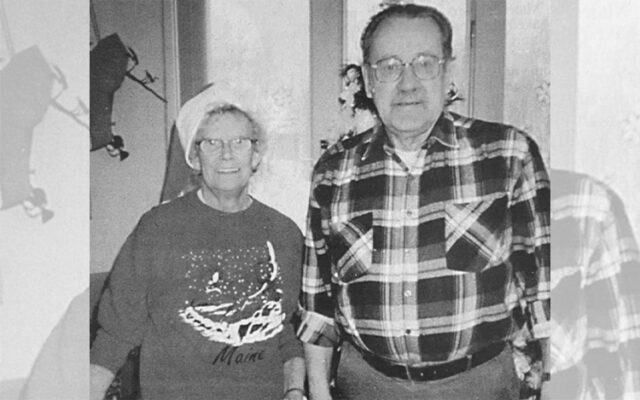 Lanette Virtanen • January 18, 2023
115 Years Ago - Jan. 16, 1908 Getting things started -- The Aroostook Starch Co. had a crew of men at work last Thursday clearing land to pile lumber on for their now factory to be built next summer. It will be a few rods back from P. L. Youngren’s store.

Getting things started — The Aroostook Starch Co. had a crew of men at work last Thursday clearing land to pile lumber on for their now factory to be built next summer. It will be a few rods back from P. L. Youngren’s store.

It was all free labor as a gift from the farmers most benefited by the new factory. All customers entering P. L. Youngren’s store last Thursday was given a genuine surprise. They were asked to sit down  and to have a cup of hot coffee and ‘dopp.’ The occasion was breaking the first ground for the new starch factory. The treat was furnished by the president and the treasurer of the company, Jacob Hedman and P. L. Youngren, and was served by Mrs. Hedman, Mrs. Youngren and Mrs. Elfrida Uppling.

Winter storms — Chicago is having a worse time with storms this winter than Aroostook; and, by the way, we are getting off about as easy as one could well ask for — so far. The storm of Sunday struck that wicked city of the west a hard blow, playing havoc with the telephone and telegraph wires; trains were obliged to run without being heralded by the telegraph; electric cars were stalled, and a general demonstration of business ensued.

First meeting has been had — The first meeting of the New Year of the Know-Your-Neighbor Club was much enjoyed at the home of Mrs. Gladys McDougall, when seven members were present and Mrs. Gordon Lister was a guest. An election of officers was held and Mrs. Lessie Kelley was re-elected president and Mrs. Gladys McDougall was appointed as secretary and treasurer to succeed Miss velma Norton upon her resignation after seven years continuous service. The president in the name of the Club presented Mrs. Geneva Treadwell with some beautiful silver as a wedding present.

Brewer man to reopen Yusef’s — One week after the announcement that Yusef’s Caribou would close its doors, a deal to purchase the property is being made. Marty Boehmer, a Brewer restaurant owner and avid county snowmobiler, plans to open the restaurant by this weekend. He is looking forward to being involved with the community, and likes the amount of involvement Caribou residents have in their community. Boehmer’s biggest motivation, he said, is to give something back to the area he has been visiting for years.

Aroostook products highlighted — In addition to potatoes and scenery, blanket sleepers, bottles of perfume, plastic fruit bags handcuffs, guns, ‘bucket-a-its,’ cotton gloves, potato bags, bottles of water, lobster stew, thermostats for air conditioners and hair dryers, and parts for the aerospace industry are produced in the County. Aroostook County has about 5,000 jobs in the manufacturing industry. These products made in Aroostook help make up what is becoming a diverse economy. Products from 300 of the 2,400 manufactures in Maine will be showcased in the Hall of Flags and Rotunda at the Maine State House in Augusta. 14 of the companies are Aroostook manufacturers. Caribou manufacturers are the following: Caribou Metal Fabrications, Maine Bag Company, Control Devices and Forsman Sintered Products.

Next year's Caribou City Council will include a new member and a longtime councilor thanks to Tuesday's election.
Pets END_OF_DOCUMENT_TOKEN_TO_BE_REPLACED

When I wrote the first story of our dog Odie, I didn’t know that I would write a Part 2, but there were so many more stories that I decided more of this little dog’s story needed to be told.
What's Happening This Week END_OF_DOCUMENT_TOKEN_TO_BE_REPLACED