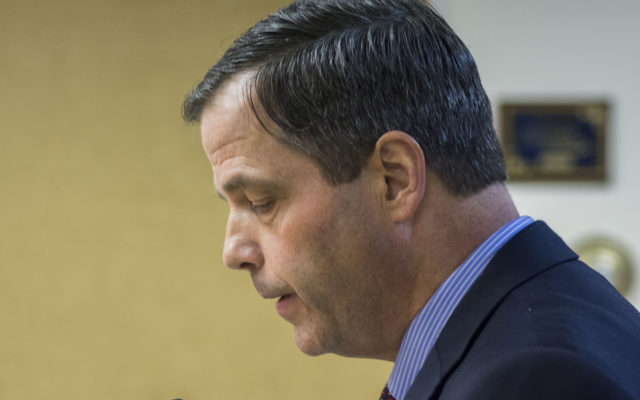 Chris Bouchard • January 17, 2017
The Caribou Planning Board unanimously voted against the idea of allowing retail sales of recreational marijuana within city limits during their Jan. 17 joint meeting with the City Council. 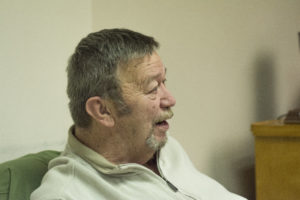 Caribou Mayor Gary Aiken said, during a recent Planning Board meeting about recreational marijuana establishments, that legalization will likely not affect those who are using the drug, adding that, since it is becoming legal in the state, those who want the substance will find a way to obtain it regardless of the city’s decision. (Christopher Bouchard)

CARIBOU, Maine — The Caribou Planning Board unanimously voted against the idea of allowing retail sales of recreational marijuana within city limits during their Jan. 17 joint meeting with the City Council.

While some councilors and audience members offered arguments against the ban, the Planning Board stood firmly in their advisory opinion that these establishments would not benefit the town.

Planning Board member Michelle Smith said that the state election results do not necessarily reflect what is best for Caribou, where voters weighed in against legal pot. She added that she believes there are too many unknown factors at this point.

“You can’t always go by the majority vote,” Smith said, “how many times has someone been elected by the majority vote and everyone ends up displeased? We don’t know what recreational marijuana is going to look like in the state, we only know what it looks like illegally, and ever since this was passed it’s more predominant in stores. You can smell it in public now. It used to be hidden, so we don’t know what this is going to look like in five years.” 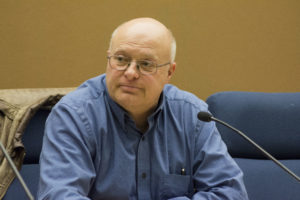 Phil Cyr of the Caribou Planning Board voted against the idea of allowing businesses to sell recreational marijuana in town, adding that there is nothing preventing the city of Caribou from reconsidering or altering the decision down that road if more citizens begin to support the idea. (Christopher Bouchard)

City Councilor David Martin asked why Caribou should pass up on the potential business retail marijuana could bring.

“When I was growing up, every other town in Aroostook County was dry, and all you were doing was having other people go to another town to buy liquor or beer,” Martin said. “Why pass up on the business? I’m not talking about having a marijuana bar in town, but if it’s legal to sell it, I think we should allow it. Why send all our money to Presque Isle?”

Caribou Mayor Gary Aiken said he did not believe legalization would necessarily result in more people using the substance.

“Whether it’s sold here or not, the people who want to use it are going to get it,” Aiken said. “If they live in Caribou, they’ll get it somewhere else. We’re certainly not going to stop anyone from using it.”

Board member Robert White responded by saying local retail shops could be an “attractive nuisance.”

“If we have retail shops, even if they are tightly regulated, they are an attractive nuisance and there will be young people trying to get around the system,” White said. “I’m not really anxious to dangle more temptation out there.” 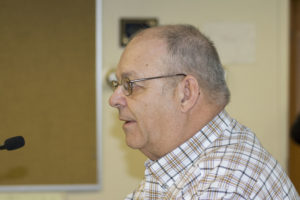 Caribou Deputy Mayor David Martin said that Caribou should allow businesses to sell marijuana, as those who want to obtain the substance will do so regardless of the city’s decision, and asked the Planning Board why Caribou should send all their money to Presque Isle? (Christopher Bouchard)

While there were few public comments during the meeting, Leo Trudel, executive director of Safe Alternatives in Eagle Lake, the county’s only state-certified medical marijuana dispensary, weighed in on the discussion.

“We have the potential to bring relatively decent paying jobs to Caribou,” Trudel said. “In terms of what you can do or knowing whether or not an individual is inebriated, there are detection officers. At the end of the month, when it does pass, anybody and everybody can grow six plants indoors and outdoors. What I’m saying is, take a look at the bigger picture. You’re going to have it, and in large amounts.”

Safe Alternatives was the first medical marijuana dispensary in Aroostook County, and Trudel says that it is among the smallest in the state by a large majority because “people up here have such green thumbs.”

Only one member of Maine’s congressional delegation had come out in favor of impeaching President Donald Trump ahead of House Speaker Nancy Pelosi’s Tuesday announcement that the Democratic-led House of Representatives would begin an impeachment inquiry.
Pets END_OF_DOCUMENT_TOKEN_TO_BE_REPLACED

We think a cat can make for the best pet in the world. To truly love a cat, you must learn to accept them for what they are -- unpredictable and quirky, which is something unique and unlike any other pet.
Campaign Corner END_OF_DOCUMENT_TOKEN_TO_BE_REPLACED