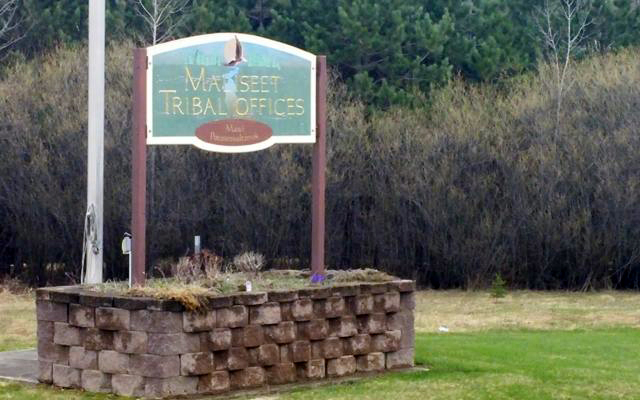 Maliseets continue pursuit of casino for The County

Joseph Cyr • June 20, 2017
The new tribal chief of the Houlton Band of Maliseet Indians remains hopeful that one day the tribe’s plans to open a casino in Houlton will come to fruition.

HOULTON, Maine — The new tribal chief of the Houlton Band of Maliseet Indians remains hopeful that one day the tribe’s plans to open a casino in Houlton will come to fruition.

That plan suffered a hit Friday afternoon as the Maine Senate voted 23-12 against the bill, LD 1447, that would have allowed the Maliseets to open a casino. The vote came after the Maine House of Representatives endorsed the legislation 74-70 on June 12. Gov. Paul LePage also stated after the House vote that should the bill pass the Senate, he would endorse it, according to Tribal Representative Henry Bear.

The Senate vote typically would signal the death of the bill, but tribal Chief Clairissa Sabbatis said Tuesday morning that an amended version of the measure was being prepared to include a requirement for a statewide referendum.

“We have heard that the bill may be reconsidered in the Senate with an amendment to include a statewide referendum,” she explained.

For the past four years, the tribe has sought to create a casino resort on a 52-acre parcel of tribal lands located just off the North Road in Houlton. The overall concept is to create a resort area to increase tourism for Aroostook County.

Maliseet Nation operates the Eagles Nest gaming palace across the border in Woodstock, New Brunswick, but the Houlton casino would be much larger, with up to 750 slot machines and table games. In addition, the Hollywood Casino Hotel & Raceway in Bangor is located about 121 miles from Houlton.

Revenue from the Maliseet casino would be shared at both the state and local level, providing a much needed economic boost for the Houlton community, Sabattis said. The Aroostook County Commissioners and Houlton town manager drafted letters for lawmakers in support of the casino project.

Sabattis also said Tuesday that there has been discussion that all four local Native American tribes — Passamaquoddy, MicMac and Penobscot Indians, along with the Maliseets — would need to be included in the casino plan.

“There has been some discussion about doing this [casino] for some time,” Sabattis said. “Depending on where it is located, it can be a huge economic boost to that community. For us, here in Houlton, this area is in such need of new jobs. We are hopeful that if we are able to do this, it will bring in more people to Houlton. I think it would boost the local economy tremendously.”

Gubernatorial candidate John Glowa said that he wants to spur government reform that truly creates a system of, by and for the people when he visited Presque Isle City Hall.
Pets END_OF_DOCUMENT_TOKEN_TO_BE_REPLACED

Many of you have been asking about our super popular “Toast to the Animals” celebration. After several COVID-19 cancellations and not being able to host this great fundraiser, we are finally ready to celebrate the animals once again and help support the Central Aroostook Humane Society.
What's Happening This Week END_OF_DOCUMENT_TOKEN_TO_BE_REPLACED