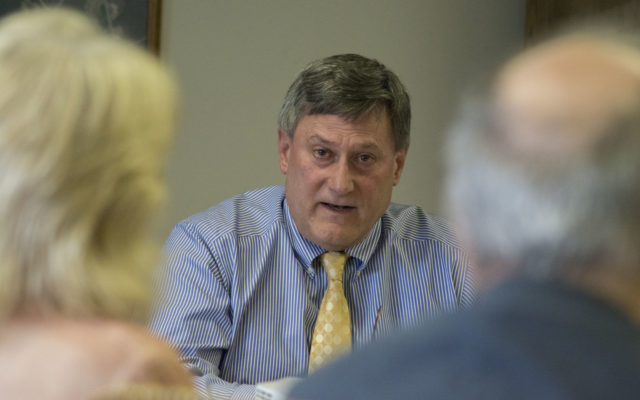 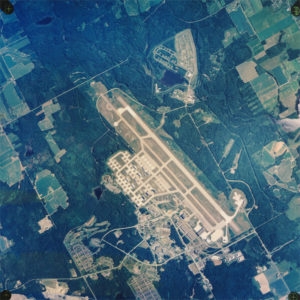 LIMESTONE, Maine — Truckloads of equipment already have arrived on the former Loring Air Force base where Loring Development Authority officials have approved a binding letter of intent with an undisclosed aviation maintenance, repair, and overhaul (MRO) company to start up operations here.

Details about the company, the agreement or how many people might be employed cannot yet be revealed, as the firm is still going through the regulatory process, according to LDA President and CEO Carl Flora.

“We approved the terms of a transaction with an undisclosed MRO company and have placed those terms into a binding letter of intent,” said Flora, adding that “up to 34 truckloads of equipment have already arrived” at the Loring Commerce Centre, the former base overseen by the LDA.

During a meeting of the LDA board of trustees on June 21, Flora said the MRO company initially will occupy the arch hangar and jet engine shop, buildings that he said will be renovated throughout the summer and be ready for occupation this winter.

“The company will eventually occupy the base ops building, the snow barn, and the alert hangar,” said Flora.

He also told directors that, should plans work out and the company does as well as it anticipates, the firm may consider seeking funding from the Federal Aviation Administration to further develop its operations at the commerce center.

For federal funding to be available, however, the LDA would need to convert the status of the airport at the Loring Commerce Centre from private to public.

Company officials “have told us they have enough [runway availability] to get started,” Flora said, “but they may want public status in the future. This would be a big undertaking, and we would need FAA funding support and additional resources to handle [24/7] airport operations.”

The Maine Legislature created the Loring Development Authority in 1993 to acquire and manage the property of Loring Air Force Base, which was shuttered the following year. The LDA now oversees 3,700 acres of land, which includes the airfield and most structures of the former Air Force base.

The runway, which is 12,100-feet long and 300 feet wide, at one time accommodated large bombers and other military aircraft. The currently private runway is still active and available during normal business hours if pilots call and make arrangements prior to landing. The massive runway can physically accommodate any kind of plane and, as an example, Flora said it was once used as a standing alternate landing site for space shuttles.

As part of a private to public transition, minor changes would need to occur such as repainting runway markings, adding signage, and upgrading lighting systems, he said.

Among potential issues in the future, Flora told trustees that this project would require mechanics with an Airframe and/or Powerplant (A&P) certificate, a credential issued by the FAA.

Flora suggested setting up a training program via local community colleges that would turn out such aircraft technicians, and board member Doug Damon suggested reaching out to current and former members of the Air Force, who might consider moving to the area.

The final issue discussed was a potential housing shortage if the project were to result in an influx of newcomers to The County.

“Even with 100 or 200 new families coming to the area, there would be issues finding adequate housing,” Flora said, concluding that “these are all great problems to have. It means we’re making progress.”

Flora later said he “won’t commit to a specific number” of anticipated employees yet, adding that the MRO project has the “potential to be a fairly large operation with a lot of employees.”

In a memorandum sent out to trustees before the meeting, Flora wrote “for the first time in a long time, Loring International Airport may once again be active as an aviation hub.”