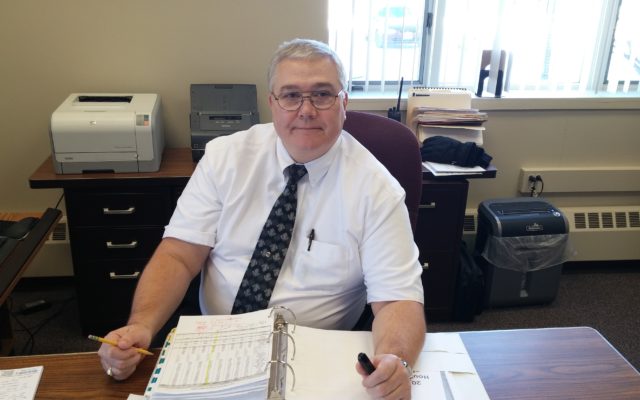 Asselin dropped his bombshell at the conclusion of Monday night’s lengthy town council meeting that saw the board adopt a controversial ordinance to allow recreational marijuana cultivation facilities to start business within town limits.

Asselin’s resignation was not a response to the council’s decision, but more of a growing desire to be closer to his children and grandchildren in southern Maine. He has accepted a position as the town manager for Oxford.

“My youngest daughter graduated from UMPI in May and moved to Portland, so all of our family is in southern Maine,” he said. “We have decided to relocate because it is important to be with family.”

Asselin’s wife, Lauren, is also employed by the town as a tax collector since 2008. According to Butch Asselin, she will remain in her post for the time being, but will eventually join him in southern Maine.

The couple have three adult children, who reside in Rockland, Pittsfield and Portland.

“I have missed ball games and dance recitals being so far away,” he added. “Being in Oxford cuts that time down significantly and we get to stay longer before heading home.”

“The town is going in the right direction in being proactive and aggressive with new businesses,” he said. “I can see wonderful things happening here. Regardless of what is being done at the airport [recreational marijuana] it is still a wonderful place to be and a great place to raise a family.”

Councilor Rosa McNally thanked Asselin for his years of service.

“I think you have done a really good job with the budget,” she said. “It has helped us in a lot of ways. You have always had a positive image. We really appreciate your efforts and wish you the absolute best.”

As she has done in the past, Town Clerk/Assistant Town Manager Cathy O’Leary will fill in as interim town manager until a replacement is hired.

“Cathy does a great job so the transition will be seamless,” he said. “We anticipate it will take three to four months to find a permanent replacement.”

Asselin’s final day with the town will be Aug. 15.

Many of you have been following Luke's story on our Facebook page. Luke came to the Ark last July with his sister Lydia at 8 weeks old. Both Luke and Lydia were in really bad shape with untreated upper respiratory infection.
Campaign Corner END_OF_DOCUMENT_TOKEN_TO_BE_REPLACED