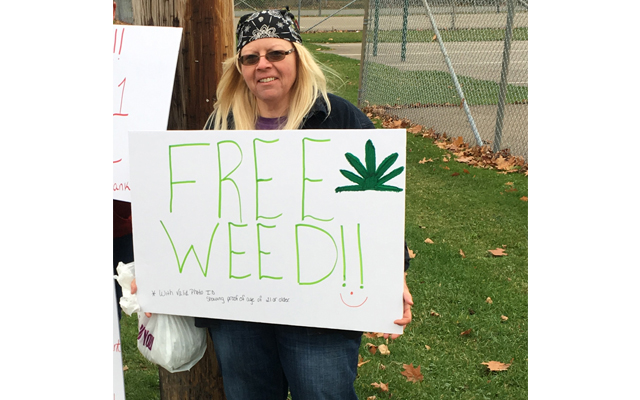 Joseph Cyr • November 22, 2017
The seizure by U.S. Border Patrol agents of marijuana being handed out for free outside the polls in Houlton on Election Day, highlighted the dilemma faced by officers trying to enforce federal laws in a state where medical and recreational pot are now legal.

HOULTON, Maine — The seizure by U.S. Border Patrol agents of marijuana being handed out for free outside the polls in Houlton on Election Day, highlighted the dilemma faced by officers trying to enforce federal laws in a state where medical and recreational pot are now legal.

No one was arrested or charged, but an undisclosed amount was confiscated to be destroyed.

Daniel Hiebert, chief patrol agent of the federal agency in Maine, said in an interview on Nov. 15 that his department is at a crossroads of sorts because Maine law is now in direct contradiction of federal law.

“No state law can override a federal law,” Hiebert said. “That is just the way it works. Both medical and recreational marijuana are illegal at the federal level. Users of medical marijuana are not shielded from federal prosecution.”

Hiebert said that while Border Patrol agents do not typically conduct operations away from the border, they do have the authority to stop and search anyone within 25 miles of the international boundary to question the individual’s right to be in the United States. Checkpoints, where all vehicles travelling through are similarly pulled over for immigration checks, can be conducted within 100 miles of the border. In the past, for instance, Border Patrol agents have conducted checkpoints on Interstate 95 and have checked the credentials of passengers on buses in Bangor.

Those checkpoints also are a way for the Border Patrol to gauge how good of a job they are doing screening people at the border crossing, Hiebert said. 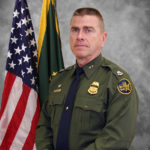 “We are not in Portland, Augusta or Bangor,” he said. “But there is no part of the state that is not within the 100 miles external boundary to the United States, which gives us authority.”

As federal officers, Border Patrol agents also are allowed to conduct searches and seizures under the federal Controlled Substances Act, he said.

“We have to do our Border Patrol work first and any other enforcement falls under the category of incidental patrols,” Hiebert explained. “We are first and foremost immigrations officers, but we are also customs officers and have general arrest authority.”

While the Border Patrol is not actively searching for marijuana, if an agent comes upon it during a routine inspection, they are obligated under federal law to seize it, and any paraphernalia associated with its use, Hiebert said.

“The Controlled Substances Act of 1970 requires us to seize anything listed in the act,” he said. “It doesn’t say we ‘may,’ it states we ‘shall’ seize it.”

“We know personal use cases will not be prosecuted, but if it’s there in front of us, as federal agents we are required to seize it,” Hiebert said. “If an agent looks at a situation and thinks ‘should I or shouldn’t I,’ he or she will get in more trouble for not seizing it. It covers the plant, anything produced by the plant, and the paraphernalia.”

Seizures of marijuana are happening in The County, Hiebert said, but none have involved what he would consider large scale operations. He suggested that residents who do use marijuana, for medical or recreational purposes, should take care to keep it out of sight in the presence of a Border Patrol agent or risk having it taken.

“By no means is it a priority for the Border Patrol to investigate and seize anybody’s marijuana products,” he said. “But if we encounter it, we will seize it.”

Hodgdon resident Sheila Murchie, a state-licensed medical marijuana caregiver, was one of two individuals who had marijuana seized on Nov. 7 by Border Patrol agents while she was standing outside the Gentle Memorial Building in Houlton on Election Day. Residents in Houlton were voting on whether to ban the sale of recreational marijuana.

Murchie and the other individual, who did not wish to be named, were holding up signs and distributing free samples of marijuana to those who could legally possess it as a way to encourage voter participation.

Their efforts came to a halt when Border Patrol agents confiscated the marijuana.

“It was not really a big deal about losing the weed, I was giving it away anyway,” Murchie said. She didn’t say exactly how much was seized but indicated that she had only as much in her possession as is legally allowed by state law. which is no more than  2.5 ounces. “The point is there are many people in this town and surrounding communities that think they are going to make it [cannabis] disappear. It’s here. It’s been here all along and it’s not going away. People refuse to educate themselves on marijuana. They are stuck in the ‘reefer madness’ era. It was a myth then, it’s still a myth.”

Murchie added the agent who seized their marijuana was “decent” about it, and also told the women they were not in any trouble. No charges were brought against either.

Hiebert said charges will not likely be brought against any individuals, unless they are flagrantly violating the law with large scale trafficking operations.

Murchie, who stated she does not smoke marijuana, said the presence of cannabis in local communities is not going to go away. It is now legal in the state for individuals 21 or older to possess marijuana for recreational use, and medically for those 18 years  and over with a valid Maine Medical Marijuana Program card.

“When the feds and big pharmaceutical companies figure out how they can funnel the most revenue from ‘government legalized’ weed, they’ll legalize it,” Murchie said. “Until then, it will be a battle. If the government allows individual states to pass laws and regulate their people within, they should also trust those who govern that state to regulate legalized marijuana and save the country a ton of money.”

On Nov. 7, Houlton residents voted 916-591 to prohibit the sale and growth of recreational marijuana in the community, which means no stores, retail shops or growing facilities for retail marijuana can open in the town.

The neighboring towns of Ludlow and Hodgdon also voted within the last two months to ban recreational marijuana businesses in their communities.

In her opinion, young people leave the area because “there is nothing left here for them.”

“The town of Houlton revolves around the beliefs of an older generation,” Murchie said. “Our children and grandchildren are tomorrow’s future. We need to open our minds to that concept instead of battling change.

“Weed has been around forever,” she continued. “The towns that have chosen to ‘ban’ it have done so ignorantly,” she said. “They have chosen to bury their heads in the sand instead of educating themselves on all aspects of marijuana. They have turned away the opportunity to create jobs, businesses and a substantial amount of revenue in the dying economies of Aroostook County.”

She added those who voted to ban recreational marijuana facilities have merely “fueled the underground market” by forcing adults who choose to use marijuana to obtain it from an unsafe source.

“That always leads to more problems,” she said. “They could have given people a ‘safe’ environment to legally purchase a state laboratory tested product deemed safe for human consumption. Within a few years, those towns will realize that they made a poor choice based on ignorance and basic lack of knowledge regarding marijuana.” 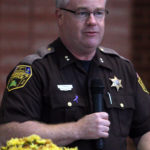 “With the passage of medical marijuana and more recently recreational marijuana, it has become increasingly challenging at best to enforce any laws regarding marijuana,” Crandall said. “Because of that, the enforcement of marijuana laws has become virtually not a priority at all at the state level.”

There are numerous limitations on the legal possession and distribution of marijuana, according to the sheriff.

“However, because of all the legal ways people can do it, many officers are choosing to steer clear of it, unless it is ridiculous amounts,” he said. “Or it is something blatantly obvious that a criminal violation is occurring. It is not a no-holds-barred situation. You can’t have 500 pounds of marijuana in your garage.”

Crandall said since passage of the recreational marijuana law a year ago, he has seen an increased presence of marijuana in The County, but the amounts people have are not staggering.

“We do come across it, but rarely is it in quantities that someone can not legally possess,” he said. “The difficult part for us, is we need to be 100 percent sure before seizing something.”

He explained that if an individual had marijuana seized by a local, county or state police officer — other than a Border Patrol or federal agent — and was legally within their right to possess, they could then file a motion in court to have their property returned.

“We would then have to decide if we wanted to be in contempt of state court, or committing a federal violation by transferring marijuana,” he said. “It really is a tough spot we are put in by this disparity between state and federal law.

“The more difficult they (the state) make it for the enforcement of these laws, the less likely it is that they are going to be enforced,” he said. “I suspect that is probably by design. We certainly have much bigger fish to fry. However, if we come upon a large scale trafficking operation, we would absolutely be all over that.”

Just when we thought we were out of the woods with kitten season, it has hit full force.  The past few days have been difficult answering the phone and hearing the stories of why people have litters of kittens they need to surrender.
Campaign Corner END_OF_DOCUMENT_TOKEN_TO_BE_REPLACED