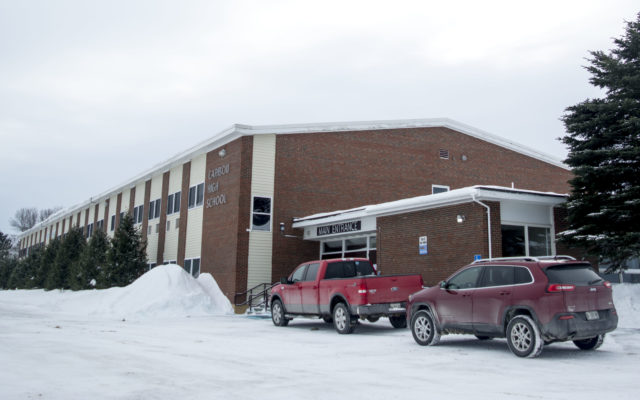 Chris Bouchard • February 2, 2018
Classes at Caribou High School and the Caribou Technology Center are cancelled today due to a threat received by the administration last night.

CARIBOU, Maine — RSU 39 officials and police conducted a combined investigation and determined that the there was “no credible violent act planned” for Feb. 2. Administration received notice of the threat late Thursday night and subsequently cancelled classes at both Caribou High School and the Caribou Caribou Technology Center.

RSU 39 Superintendent TIm Doak said that, about midday yesterday, a student met with administrators and the guidance office about kids picking on them, and brought in a list with names of students that were involved.

“The guidance office started calling in students from the list,” Doak said, “and from there, students were going back to class and spreading rumors about the list, and it turned into a ‘hit list.’”

Doak and other members of the administration then contacted parents to clarify what the names on the list were for, and at the time were fairly confident they had taken care of the issue.

Later that night, however, a parent called the administration informing them that one student texted their child indicating that there would be a “shooting” in the cafeteria the following day. Doak said he and the administration learned of this at approximately 10:30 p.m., which prompted RSU 39 officials to call parents and make an announcement about the school cancellation via their Facebook page near midnight last night.

Since school officials had no clear indication that the text about the shooting and the rumors surrounding the list are connected, they cancelled classes to ensure students’ safety.

“It’s always best to take this seriously,” Doak said. “It’s a very sensitive issue and we don’t take a lot of risks.”

Police responded to the school this morning to conduct a thorough investigation and reach out to parents of students, ultimately finding that the threat was not credible.

Caribou High School Principal Travis Barnes wrote in a letter sent on Friday afternoon that the RSU 39 administration believes that “although these incidents were separate and unrelated, students linked them together.”

“With complete cooperation of parents,” he wrote, “the investigation was thorough and we were able to dispel the stories.”

According to Barnes, students will return to school on Monday, where he expects it to “feel like every other day.”

“Students can always confide in trusted faculty members to report anything,” he continued. “Acceptance and tolerance of each other’s differences should be a hallmark of our school climate.”

School leaders also cancelled the “End Hunger” food packaging today, and as of yet have not set a new date for the event

For all it does to refresh us, burn energy and keep us sharp, we all need playtime, dogs and cats included. Sharing playtime with pets has the added benefit of strengthening the bond between us, so we better understand one another.
Campaign Corner END_OF_DOCUMENT_TOKEN_TO_BE_REPLACED