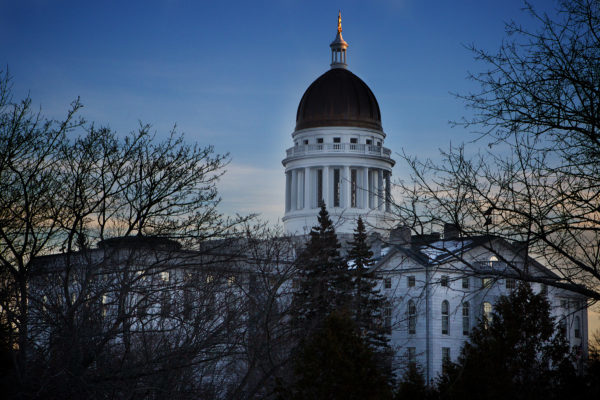 AUGUSTA, Maine — The Legislative Council has unanimously approved an after-deadline request by Senate Democratic Leader Troy Jackson of Allagash to submit LR 2828, “An Act To Amend the Law Regarding the Interest Rate for State Loans under the Potato Marketing Improvement Fund.”

The bill seeks to help the Maine Potato Board offer even lower interests loans to potato farmers in Maine.

Don Flannery, executive director of the Maine Potato Board, said Wednesday that the PMIF has had this loan program in place since the 1980’s, and it has helped potato farmers build valuable infrastructure such as potato houses.

“It is a very valuable program,” said Flannery. “But the interest rate has always been five percent.”

Jackson’s bill will attempt to amend the law so that farmers can access low interest state loans under the PMIF.

“Maine’s potato industry is an important part of our community and economy,” said  Jackson. “If more Maine potato farmers have access to low-interests loans, they can improve the quality of their product and make the necessary upgrades to compete in this industry.”

“We want to amend the law so that the interest rate can never be more than five percent,” explained Flannery. “But perhaps growers can benefit from lower rates as well.”

Bills submitted for consideration during the Second Regular Session must be approved by a majority of the 10-member Legislative Council. The Council is comprised of the five top Democrats and five Republicans in the House and Senate, meaning bipartisan support is required for any bill to be accepted.

The legislation, still in draft form, will be finalized in the coming weeks and referenced to a legislative committee for a public hearing. A public hearing will be announced at a later date.

Just when we thought we were out of the woods with kitten season, it has hit full force.  The past few days have been difficult answering the phone and hearing the stories of why people have litters of kittens they need to surrender.
Campaign Corner END_OF_DOCUMENT_TOKEN_TO_BE_REPLACED