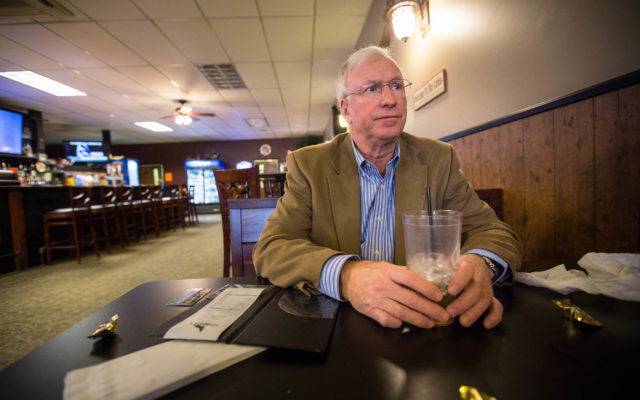 “We have to promote our assets and our strengths,” said Dorsey, age 65, who retired from the Aroostook Partnership in early August.

When Dorsey took the job with the Aroostook Partnership in 2012, the organization was eight years old and focused on addressing the demographic decline of Aroostook County.

“That remains our biggest challenge today, the demographics and securing the future workforce,” Dorsey said.

The Aroostook Partnership was formed as a nonprofit aimed at bringing together private and public sector organizations to collaborate on solutions to that demographic challenge and the other issues related to it.

There are around 31,000 jobs in Aroostook County and 67,000 residents, and over the next decade some 11,000 people will reach retirement age, Dorsey said.

“That coupled with the 600 people we’ve been losing per year could put a serious dent in our labor force,” Dorsey said. “Our population is aging. Southern Maine and all of rural America have the same challenges.”

Dorsey grew up in Fort Fairfield during one of the high points in Aroostook County’s economy, when the population numbered more than 90,000 and many people worked on family farms, mills and factories, small businesses and the bustling Loring Air Force Base.

Dorsey and others woke up to the sounds of B-52s flying over Fort Fairfield and Limestone, and he later entered the Air Force thanks in part thanks to the inspiration of a high school history teacher (and the father of his future wife).

“I didn’t know what I wanted to do and the Air Force offered a wide variety of careers,” Dorsey said.

He was never based at Loring, but spent almost three decades in the Air Force and Pentagon, helping lead the Desert Storm air strikes in the 1991 Gulf War.

After retiring from the military in 2001, he spent a decade working at military contractor BAE Systems in New Hampshire, while driving to Fort Fairfield on the weekends to run a family horse farm.

“I really enjoyed the job, but the commute got very difficult. As I got a little older, it became more tiresome. But at 58, I wasn’t ready to retire.”

When the job at the Aroostook Partnership opened up to replace the first director, Walt Elish, Dorsey took the opportunity to work in economic development.

“The partnership job is a very unique one because there aren’t many public-private partnerships. It dealt with everything from local rules and regulations to communities and their decisions, the legislatures and understanding everything in Maine and Aroostook economy.”

Over the last six years, Dorsey said the group has tried to address a range of issues, including the major problem of stagnant workforce, through collaboration and advocacy.

Among the breakthroughs he’s most proud of is the forest products cluster initiative representing Aroostook County’s forestry industry, which accounts for about one-third of the County’s $3 billion economy.

“We got the railroad secured through TIGER grant. We got the diesel fuel tax eliminated,” Dorsey said. “We did a lot of collaboration in working together to help that sector grow and help the high schools realize there are a lot of jobs there and that jobs in forestry are no longer somebody in a hard hat and a chainsaw.”

The Aroostook Partnership also spearheaded the creation of the website OpportunitiesAroostook.com, which posts jobs, internships and information about living and working in Aroostook County. The site has about 200 job listings at a given time and is getting about 7,000 visits a month, Dorsey said.

“We’re using social media to increase the awareness of the opportunities that are here and coming,” Dorsey said.

One of the major challenges to come for the region for Dorsey’s successor and others involves helping local governments operate more efficiently and ultimately lowering local property taxes, which put a damper on otherwise affordable land, homes and commercial properties.

“We’re really pushing communities to do more collaboration and even consolidate services if possible,” Dorsey said. “If we continue to lose population, the cost for those remaining is going to increase. We don’t want Aroostook County to become so expensive that people can’t come here.”

A familiar face to Aroostook County residents has announced her candidacy for the Maine State Senate.
Pets END_OF_DOCUMENT_TOKEN_TO_BE_REPLACED

One addition to last week’s “Kindness abounds” story on the generosity of local area youth: Just last week, 11-year-old Michaela stopped by the shelter armed with bags of dog and cat food and special treats.
What's Happening This Week END_OF_DOCUMENT_TOKEN_TO_BE_REPLACED