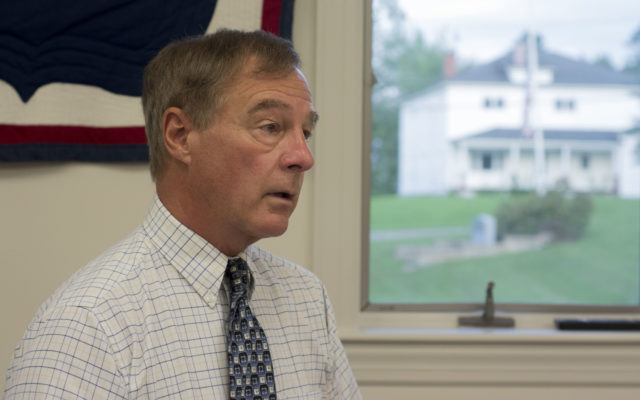 Chris Bouchard • September 8, 2018
Local officials are working to narrow down 31 applications for town manager and hope to conclude the review process within two weeks.

LIMESTONE, Maine — Local officials are working to narrow down 31 applications for town manager and hope to conclude the review process within two weeks.

Limestone Interim Town Manager Tom Stevens also made a statement to the public and media during a Sept. 5 meeting in which he apologized for not posting a notice or agenda for a meeting with the Select Board to review applications on Sept. 4.

He said that, since “four to five” members of the board did review town manager applications during a closed session, it technically constituted a meeting, and that he should have put an agenda together. No action was taken during the meeting and, had there been there an agenda, Stevens said it would have contained one item to “go into executive session and conduct a review” of applications.

“My only defense was that I was looking to go away for a week,” he said, “but I should have stayed an extra ten minutes to put an agenda together. It was a oversight on my part.”

Selectman Walt Elliott joked that he slapped Stevens’ hand when he learned that an agenda was not put together.

Looking ahead, Stevens said that while interviews and reviews are not yet completed, his plan is to “move along as quickly as possible without sacrificing quality.”

“Not to put pressure on the board,” he said, “but I would rather have a new manager here and maybe spend a little time mentoring him.”

“He wants to go back into retirement,” Selectman Pat St. Peter said with a chuckle.

Stevens said that he can’t give a specific date for when a new town manager would be hired, adding that it depends on several variables, such as if the applicant is local to the area or would need to move from downstate or from out of state. He also said it’s not uncommon for municipal managers to give a 30 day notice before departing, but that the timeframe would be different if the applicant is coming out of a job in the private sector.

“It depends on a lot of moving parts,” he said, “but I believe the initial application reviews will be completed by the end of next week.”

For all it does to refresh us, burn energy and keep us sharp, we all need playtime, dogs and cats included. Sharing playtime with pets has the added benefit of strengthening the bond between us, so we better understand one another.
Campaign Corner END_OF_DOCUMENT_TOKEN_TO_BE_REPLACED